The Left and the Arts

The Left and the Black Arts Movement

One of the factors scholars point to as contributing to the “end” of the Black Arts Movement (BAM) in the mid-1970’s was a schism that formed between key figures and organizations about whether Marxism was a productive way forward for the Black nationalist and Pan-Africanist projects. 1974 seems to have been a particularly crucial year for these splits, seeing ideological fissures between Marxists and nationalists in the African Liberation Support Committee, the repudiation of race-based struggle by important figures at the Sixth Pan African Congress in Tanzania,and the rechristening of BAM spiritual father Amiri Baraka’s Congress of Afrikan People (CAP) from a “Pan Afrikan Nationalist” to a “Marxist Leninist” organization. Haki Madhubuti, a notable critic of the shift towards Marxism, split from Baraka and the CAP over this issue, writing in Enemies: The Clash of Races (1978) that while “the left (generally described as Marxist-Leninist) whether white or black has always been anti-Black nationalism,” “our major problem is not with the white communists, but with their trained Black ones who are trying to co-op Black nationalism and Pan Afrikanism to make these ideologies and movements something they ain’t.” Leftist politics and “lefties,”however, had played a significant role in the development of Black Arts politics and poetics from the beginning of the movement. Key figures like John Oliver Killens, notable for his contributions to the BAM both as an artist and as the organizer of the historic black writers conferences at Fisk University in 1966 and 1967, carried their experience with the New Left into their BAM activism. Further, movement leaders developed their cultural nationalist ideologies in complex conversation with the tenets and moves of the leftist Black Panther Party. This paper proposes to examine the aesthetic and political impact of leftist politics on the Black Arts Movement by zooming in on texts and events from the beginning of the movement in the mid-1960’s and the fading of the movement in the mid-1970’s. The aim is to delve deeper in the discussion about the significance of what Kalamu ya Salaam calls the “disruption” of the BAM by leftist politics and the ways both the politics and aesthetics of movement writers evolved in response to influences from the left.

When Angela Davis: An Autobiography was published in 1974, it provided readers an opportunity to gain knowledge about the life and experiences of Angela Davis from her perspective and vantage points. The book’s engagement with key events in her life makes the text a riveting and engrossing work. Although she presents a variety of issues in her text, one of the most important elements is her engagement with Communism and/or other activities and organizations involved in social justice actions, while a student in New York at Elisabeth Irwin High School (when she read The Communist Manifesto (104, 109) as well as her connection to Advance (111) , her attendance at Eight World Festival for Youth and Students within Finland during 1960’s, which resulted in being questioned in relationship with Communism by the FBI (120, 123-124), her involvement with Communism during 1960’s while in California, (189, 2018) and her trip to Cuba in the 1960’s serve as examples of her engagements with Communism (200). Additionally, her subsequent candidacy and involvement with Communisms in the 1980’s (Nelson 74) also bear witness to this history. Using her autobiography, interviews with Davis in print and/or non-print sources, a variety of archival materials from Emory University’s Stuart A. Rose Manuscript, Archives, and Rare Book Library , and other materials/sources when applicable, I will examine the depictions of Angela Davis and leftist ideologies in the context of what Patricia Hill Collins has termed as “…controlling images of Black womanhood…” (71) in Black Feminist Thought: Knowledge, Consciousness, and the Politics of Empowerment. This analysis seeks to contribute to and facilitate discussion on Angela Davis in multiple contexts to enhance and broaden our understanding and awareness of her status and relevance to leftist ideologies.

Sarah RudeWalker is currently an Assistant Professor of English at Spelman College. Her research focuses on the ways Black activists have used art, and literary texts in particular, as rhetorical vehicles for social change and the disruption of institutionalized practices of White supremacy. 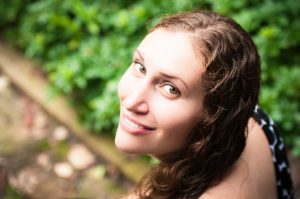 Her forthcoming book, “Revolutionary Poetics: The Rhetoric of the Black Arts Movement,” is a critical reassessment of the aesthetic, social, and political impact of the Black Arts Movement (BAM) of the 1960s and 1970s. She is currently working on a second book project, “Black Women Writers and the Rhetorics of Black Power,” in which she investigates the ways Black women writers of the 1960s and 1970s complexly negotiated being caught between two movements that were purportedly working in their interests, Black Power and Second-Wave Feminism, by working within Black nationalist movements to change prescriptive attitudes about gender and sexuality. Dr. RudeWalker’s scholarly and creative work has appeared in Callaloo, Composition Studies, and Pluck! The Journal of Affrilachian Arts and Culture. 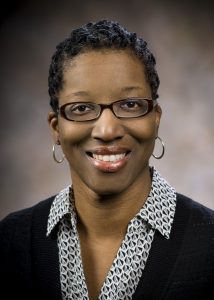 Presently, Sharon Lynette Jones is Professor in the Department of English Language and Literatures at Wright State University. She earned a bachelor’s degree from Clemson University, a master’s degree from Clemson University, and a Ph.D. from the University of Georgia. She is editor of Conversations with Angela Davis ( under contract — University Press of Mississippi). She is co-editor (with Rochelle Smith) of The Prentice Hall Anthology of African American Literature. She is editor of Critical Insights: Zora Neale Hurston (Salem Press). She is the author of Rereading the Harlem Renaissance: Race, Class, and Gender in the Fiction of Jessie Fauset, Zora Neale Hurston, and Dorothy West (Greenwood Press) and Critical Companion to Zora Neale Hurston: A Literary Reference to Her Life and Work (Facts on File, Inc.) . She is also a former President and former Vice President of the Langston Hughes Society. She has also been engaged in work on Resisting Injustice: Contemporary Views on Angela Davis. She plans and anticipates that Resisting Injustice: Contemporary Views on Angela Davis will be a book of essays from multiple scholars that she will contribute to and edit. In 2018, Sharon Lynette Jones was informed that she had received a fellowship at Emory University’s Stuart A. Rose Manuscript , Archives & Rare Book Library, and during October 2018, she engaged in research on Angela Davis and gave a presentation at the Stuart A Rose Manuscript, Archives, & Rare Book Library on “Archives , Activisms, and Actions: Contextualizing the Interviews of Angela Davis.”