Tailism, or tail-ending, is an old word in the history of left political thought. The English term comes from the Russian “khvost for tail, or train, correspondingly tailist politics.” It isn’t a word we often see used today, because in our time there are not many revolutionary socialist movements for us to tail behind. The purpose of foregrounding it here is the odd frequency with which one finds it in histories of the American black liberation movement. I do not assume that, without deep familiarity with decades of American (and international) debates on how to pursue social goals like self-determination, anti-imperialism, and anti-capitalism that the language in which those debates were conducted is easy to understand today. There is a literal problem here of understanding the terms in which old Marxist debates were conducted, and in no small part because in our time the vanguard of revolutionary left politics has been in precipitous decline. In this paper, I survey and attempt to explain the issues behind historical accusations of tailism, toward the end of highlighting promising political routes forward as well as the character of those ‘Leftists’ who tend to tail-behind.

The Martinican radical Frantz Fanon is known primarily for, on the one hand, his political theory of decolonization and its discontents, and, on the other, his appropriation of psychoanalysis for the theorization of race and racism. This is the bifurcated Fanon who has come to be simultaneously so foundational in black leftist thought and so controversial for his apparent essentialism, especially as regards male homosexuality and black women. The literary Fanon is less acclaimed or even noticed. While in Lyon as a medical student, Fanon composed three plays, two of which remain for posterity. The content and form of these plays, which explore the instability of racial meaning and classification, bear the mark of Fanon’s engagement with his teachers: the phenomenologist Merleau-Ponty and the psychiatrist François Tosquelles, the latter having developed the radical form of institutional psychotherapy Fanon was to later take with him to Algeria as a revolutionary psychiatrist working secretly for the Front de Libération Nationale. In this paper, I will argue for the ongoing relevance of Fanon’s literary ambitions for his political thinking.

The rebellion in Houston was an important incident of Black radical activity in the early twentieth century.  Research has examined the events in Houston in detail and built a narrative of an exceptional event.  This study aims to reconsider the narrative of the Houston Rebellion on more localized levels, as well as in its broader historical context.  Building on existing research on the rebellion this study introduces new elements such as the position of the Black community in Houston, and the consciousness and experience of the Black soldiers involved in the rebellion.  Additionally this study contextualizes the rebellion more broadly as an act of Black radicalism, considering with greater depth the significance of the rebellion.   This analysis of the rebellion reveals the Houston Rebellion was a moment produced from the complex past of Black people in Houston as well as a distinct experienced positionality of Black soldiers.  Furthermore this study shows the rebellion was not an isolated event of Black radicalism.  Rather it was a particularly explosive moment resulting from circumstances that accentuated the conflict between the reality of Black life and the insufficiency of Black political ideologies of its time. 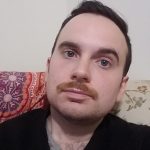 Brendan Moore is a doctoral student in the Department of Comparative Literature at Emory University. His research interests focus on the intersections of modernism, psychoanalysis, and sexualities in 20th century French, American, and Caribbean literatures. 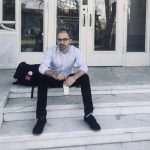 University, and is the Anne and Bill Newton Fellow at the Stuart A. Rose Manuscript, Archive, and Rare Book Library. He works primarily in 19th and 20th German idealism, and is currently writing on the Hungarian Marxist philosopher Georg Lukács.

Malcolm Khalil Thompson is an aspiring scholar in the field of Black studies. 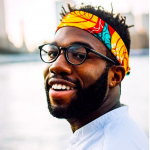 Malcolm graduated from George Washington University with a BA in Economics and Political Science.  Currently Malcolm is completing his Masters in Liberal Studies at the City University of New York, Graduate Center.  His current work focuses on Black radical activity in the early twentieth century.  Malcolm currently lives in the Bronx, NY.