From 19th-century Liberian emigrants, to Cyril Briggs’s African Blood Brotherhood, to the Pan-Africanists who organized in defense of Ethiopia in the 1930’s, black Americans have long placed their own struggles for self-determination in the context of global, anti-colonial, ‘Freedom Dreams.’ Beginning in the late 1950’s, as demands for black freedom dovetailed with critiques of liberal capitalism offered by the New Left—radicals began increasingly to draw inspiration from Ghana, Algeria, Cuba and other nations of the ‘Third World’, who—often in the wake of successful wars of liberation—charted political courses independent from both American capitalism and Soviet Communism. Beyond expressing solidarity with the Non-Aligned World, these activists and intellectuals sought to adapt the cultural and political programs of anti-colonial radicalism to their own contexts, developing emancipatory strategies that might transform the U.S. into a more equitable society.

Crucially, this flow of ideas was not unidirectional. Our panel explores how currents in black radicalism moved back and forth between the U.S. and the colonized and formerly colonized nations as black activists inside and outside the U.S. learned from, reinforced, and worked to internationalize their liberatory struggles during the last half of the 20th century.

In 1963, following journalist William Worthy’s call for an independent, black-led political party, activists began to put together the platform for what would become The Freedom Now Party (FNP). While the FNP’s electoral efforts focused on the state of Michigan (also running candidates in San Francisco, New Haven, and New York), the Party situated itself as part of a global movement for Black Freedom, declaring that it was “[aligned] with all liberation movements throughout the world!” Running a slate of 39 candidates in 1964, the FNP fell far below its goal of 100,000 Michigan-votes, and by 1965, the Party had collapsed.

Harold Cruse—whose Crisis of the Negro Intellectual attacked the myopia of white Marxists and Black Nationalists alike—was the principal author of the platform of the New York chapter of the FNP. Prioritizing cultural radicalism and what he referred to as ‘community-ethnic consciousness,’ Cruse’s platform was met with criticism from James Boggs—perhaps the leading organic intellectual of the Black Labor movement—and from Marxian political-economist Paul Sweezy, for its de-emphasizing of political economy and the working-class.

Like Cruse, Boggs and Sweezy were fascinated by the Cuban Revolution, and came to believe that the only plausible path to a more equitable and rational society within the United States was the importation of Third World revolution through the radicalization of America’s black population. However, they differed in their analysis of how this radicalization might come to pass. In this paper, I illustrate the ways in which debates over the FNP—on nationalism and internationalism, separatism and integrationism, culture and labor, the role of intellectuals, and the path to political power—were informed by, and in turn helped to structure the debates over Thirds World Liberation movements that helped steer the course of American politics during the 1960’s and 1970’s.

The American South has long held a special place in the minds—and hearts—of leftists around the world. From being the target of abolitionist agitators in the 19th century, to occupying an important place in the mind of Communist and Socialist thinkers in the 20th century as the location of the “Black Belt,” the American South remained an important place to think about as intellectuals in the Black Diaspora around the world dreamed of new futures. In “The South in the Black International Mind,” I argue that this continued to be the case even after the passage of the 1964 Civil Rights Acts. Radical intellectuals and activists, both within and outside the United States, continued to consider the American South as a critical battleground in the international struggle against anti-Black racism. At the same time, this region also continued to shape the contours of what the international Left fought for. 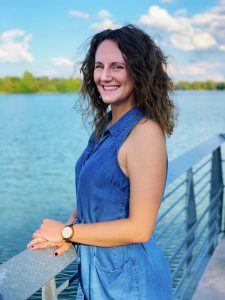 Augusta Dell’Omo is a Ph.D. candidate in History at the University of Texas at Austin. She specializes in U.S. foreign policy during the late Cold War, with a particular focus on U.S.-South African relations and race in American foreign policy. Her dissertation focuses on the intersections between the Reagan administration, televangelism, and the anti-apartheid movement during an ending Cold War. Specifically, Augusta focuses on the political imaginings of black radicals in the United States in the 1980s and their relationship with black South Africans in the homelands in their efforts to challenge grassroots white supremacy organizations. Interested in public history, Augusta contributes to UT’s public history forum, Not Even Past, and acts as an interview and technical director for 15 Minute History, UT’s podcast for students, educators and history buffs. A passionate teacher, Augusta serves as a Supplemental Instruction Supervisor, developing pedagogical techniques for graduate students. Currently, Augusta possesses reading proficiency in German and Italian, and is learning Afrikaans and Zulu. She graduated with highest distinction and highest honors from the University of North Carolina at Chapel Hill (BA 2016) and received an MA in history from UT in May 2018. She tweets @Augusta_Caesar. 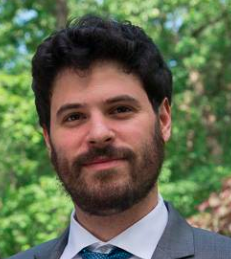 Benjamin Feldman is a PhD Candidate in the History Department at Georgetown University. His dissertation, titled “Liberation From the Affluent Society,” explores the role of the Third World in post-war American political thought. His research has been supported by fellowships from Georgetown, the Hoover Institution, The University of Wisconsin-Madison, Harvard’s Houghton Library, and the Tamiment Library at New York University. He is currently a Royden B. Davis Fellow at Georgetown University. 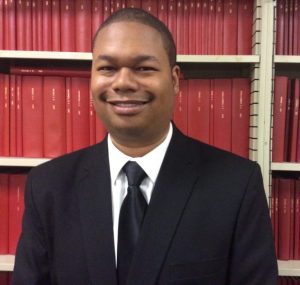 Robert Greene II is a Visiting Assistant Professor of History at Claflin University. He has been published in Jacobin, The Nation, Dissent, and Scalawag among other publications, and is currently a blogger and Book Reviews editor for the Society of U.S. Intellectual Historians.