Keith Gilyard will provide a Plenary Address at 5:30pm on June 1st to close the symposium. 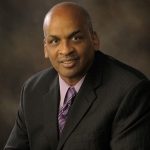 A native New Yorker and two-time recipient of an American Book Award, Keith Gilyard has passionately embraced African American expressive culture over the course of his career as a poet, scholar, and educator. Beyond his own literary output, he has pursued – and in some instances merged – two main lines of humanistic inquiry: literary studies, with its concern for beauty and significant form, and rhetorical studies, with its emphasis on the effect of trope and argument in culture. Moreover, his interests branch out into popular culture, civic discourse, and educational praxis. A critical perspective concerning these areas is, in his view, integral to the development of discerning and productive publics both on and beyond campuses – and therefore crucial to the optimal practice of democracy.

As a faculty member at Medgar Evers College-CUNY, Gilyard helped to establish (1986) the National Black Writers Conference, now convened biennially at that venue. He served as director of the Writing Program at Syracuse University (1995-1999) and as interim chair of the Department of African American Studies at the same university (1996-1997). Upon his arrival at Penn State in 1999, he began planning the seventeenth Penn State Conference on Rhetoric and Composition, which was held during the summer of 2001 around the theme “American Ethnic Rhetorics.” Also long active in national organizations, Gilyard headed the Conference on College Composition and Communication (CCCC) in 2000 and was the centennial president of the National Council of Teachers of English (NCTE) in 2011-2012. 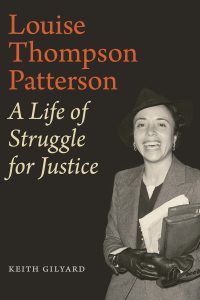 In addition to producing numerous essays, and lecturing widely, Gilyard has authored, edited, or co-edited twenty books, including the education memoir Voices of the Self: A Study of Language Competence (1991), Let’s Flip the Script: An African American Discourse on Language, Literature, and Learning (1996), Composition and Cornel West: Notes toward a Deep Democracy (2008), John Oliver Killens: A Life of Black Literary Activism (2010), True to the Language Game: African American Discourse, Cultural Politics, and Pedagogy (2011), and Louise Thompson Patterson: A Life of Struggle for Justice (2017). Additional books include the anthology African American Literature (2004), Rhetoric and Ethnicity (2004), and the poetry collections American Forty (1993) and Poemographies (2001), as well as the novella The Next Great Old-School Conspiracy (2016).