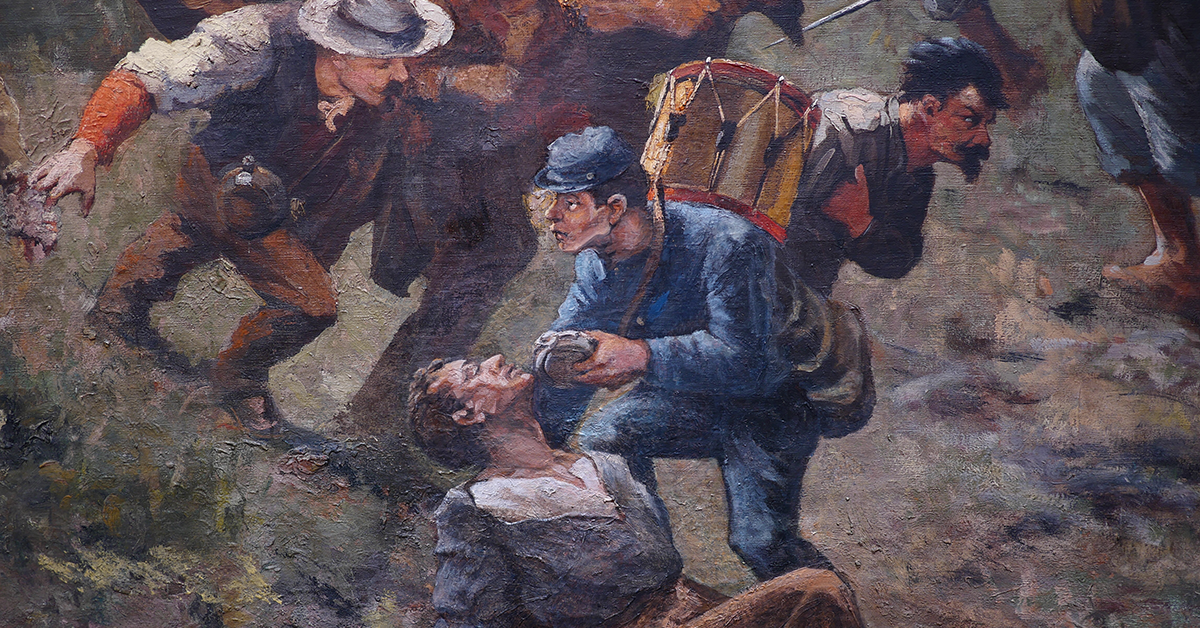 In commemoration of the July 22 anniversary of the Battle of Atlanta, the open-source, multimedia journal Southern Spaces (supported by the Emory Center for Digital Scholarship) has published an interactive, multimedia monograph by Daniel A. Pollock: “Spectacles of American Nationalism: The Battle of Atlanta Cyclorama Painting and The Birth of a Nation.” The publication is a peer-reviewed article and ECDS project that includes a deep zoom/interactive panorama of the Cyclorama as well as an interactive scrolling “tour” (see a preview in the video below) of salient moments in the painting (developed by Jay Varner, Lead Software Engineer at ECDS). The painting is now on display at the Atlanta History Center, with whom ECDS have an ongoing partnership.

Pollock offers a fresh take on the late nineteenth-century cyclorama painting of the Civil War Battle of Atlanta. The Battle of Atlanta cyclorama served as a technological, thematic, and commercial forerunner to D.W. Griffith’s landmark 1915 film The Birth of a Nation. Both visual spectacles provided immersive experiences for mass audiences and popularized a celebratory account of history that paid tribute to white male warriors on both sides. These cycloramic and cinematic narratives propagated a militarized and racialized nationalism.

The article features archival materials on the Civil War and Reconstruction Era that have never been digitized or photographed before. Most of the archival material in the piece is personally owned by the author, and ECDS staff (including Michael Page) scanned and photographed these materials. Southern Spaces provided the production work, which included editing, facilitating the peer review process, creating the layout, copyediting, and more.

We collaborated with our partners at the Atlanta History Center, which houses the Cyclorama painting and exhibit. You may recall that ECDS developed an augmented reality (AR) app for the Cyclorama exhibit in early 2020, which you can read more about in our previous blog post. Use of the Battle of Atlanta panorama images in this monograph was made possible through ECDS’ partnership with the Atlanta History Center (AHC).

Many thanks go to colleagues in the ECDS and the Southern Spaces editorial staff, with special thanks to Wayne H. Morse, Jr., Dr. Allen Tullos, Dr. Kayla Shipp, Jay Varner, Dr. Steve Bransford, and Michael Page. Thank you as well to Tesla Cariani (ECDS) and Paige Knight (Emory Libraries) for their assistance. Thanks to Gordon Jones and Jesse Garbowski at AHC for their lead roles in that partnership.

You can check out all previous ECDS blog posts about the Battle of Atlanta Cyclorama HERE.