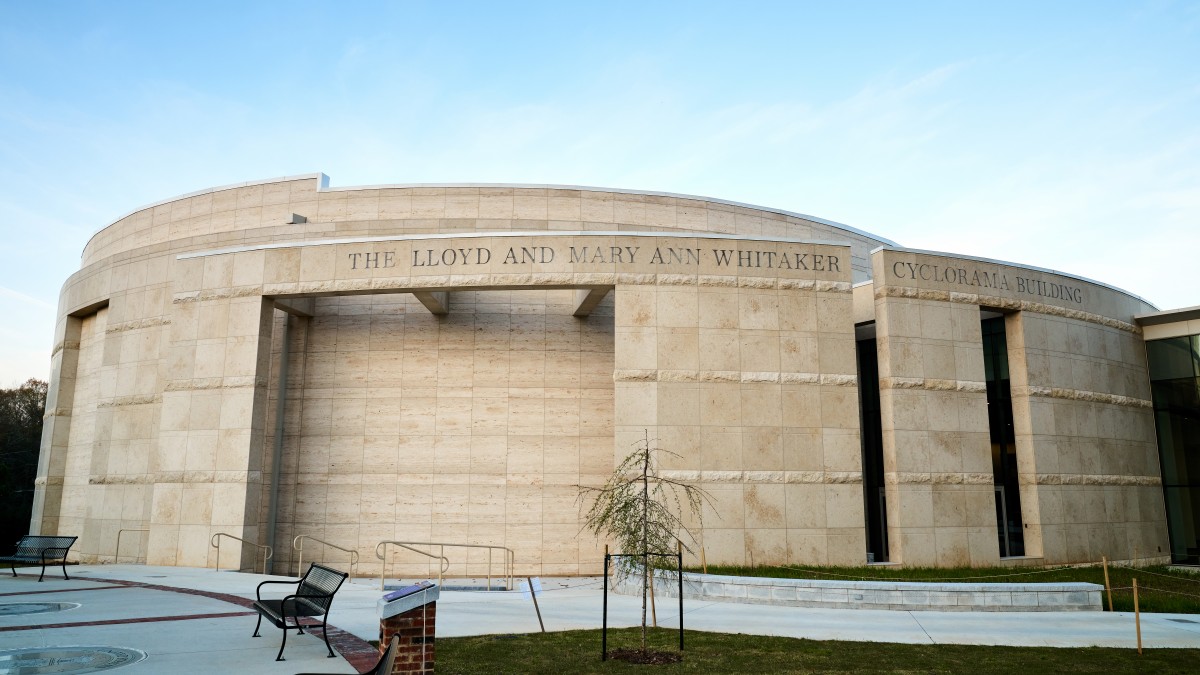 The Emory Center for Digital Scholarship (ECDS) is pleased to announce the launch of an OpenTour Builder web-based mobile application tour, Cyclorama Battle Sites. The app guides users to five tour stops in present-day Atlanta, enabling users to see for themselves what major battlefield sites shown in the Battle of Atlanta Cyclorama painting look like today.  The newly restored painting is on display at the Atlanta History Center (AHC).

The Battle of Atlanta was an eight-hour struggle between Federal and Confederate forces fought east of the city on July 22, 1864.  While highways, streets, and built structures have long since obscured the battlefield, remnants of key topographic features remain readily visible and a guided visit to them offers a valuable perspective on the battle itself.  By juxtaposing the mobile app’s narrative account of the combat action and close ups of the Cyclorama painting with present-day visual evidence, app users can learn about the Battle of Atlanta for the first time or gain fresh insights into field positions of the opposing troops, their maneuvers, and battlefield clashes.  A typical tour takes two hours.

A team of ECDS content experts and developers assembled the tour with the goal of enhancing a visit to the Cyclorama painting at the AHC.  The ECDS team drew from an extensive trove of historical records and images, coupled with state-of-the-art web development strategies and tools, to produce an easy-to-use hand held resource.  The mobile app presupposes no prior knowledge of the Battle of Atlanta or the five tour stops.  A companion essay about the Battle of Atlanta, published by Southern Spaces, includes more detailed information about battlefield events and landmarks, lengthier profiles of opposing army commanders, an account of the battle’s aftermath and legacy, and recommendations for additional reading.

Daniel Pollock was the content lead on the website, and ECDS staff members Steve Bransford, Joanna Mundy, and Jay Varner helped develop it.