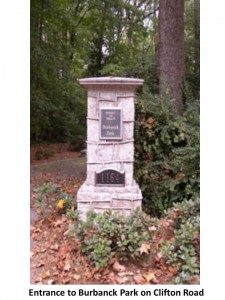 The Emory University Herbarium (Index Herbariorum acronym: GEO) was founded in 1949 at the urging of the Chair of the Emory Biology Department, Prof. William D. Burbanck, who served as the herbarium’s first director. Prof. W. D. Burbanck was particularly motivated to provide the Biology Department with a herbarium to support rapid expansion in the department’s ecology research and teaching programs. The first expansion of the Emory Herbarium’s collection came with the deposit of Dr. Don E. Eyles’ voucher specimens for his Masters work, completed in 1938 from Emory University. Several of the voucher specimens for his Masters thesis also served to voucher his two primary publications in the field, two taxonomic keys of aquatic plants of the Southeastern United States (Eyles & Robertson, 1944; Eyles, 1963). Shortly thereafter, Emory University Herbarium absorbed the voucher collection for Robert Thorne’s Flora of Southwestern Georgia, completed as a Doctoral thesis at Cornell University (Thorne, 1949). 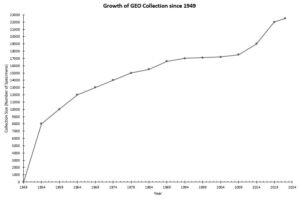 In 1954, Dr. Madeline Burbanck was hired as the first Emory Herbarium Collections Manager and was responsible for the rapid expansion of the collection, amassing more than 12,000 specimens over the course of the subsequent decade through her active specimen exchange program with the Southern Appalachian Botanical Club at West Virginia University, as well as her own collections supporting her research on Georgia granite outcrop ecosystems (Burbanck & Platt, 1964). Dr. M. Burbanck’s research also resulted in two important community outreach successes: the establishment of Burbanck Park in Atlanta and the official designation of Arabia Mountain as a National Heritage Area. Dr. M. Burbanck’s efforts to preserve Arabia Mountain were lifelong, culminating in the official designation of “National Heritage Park” October 12, 2006, only months before her death at age 92 on January 1, 2007. Emory University Herbarium is proud to house the voucher specimens that were used by Dr. M. Burbanck in her publications and significant preservation efforts. 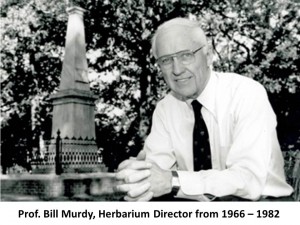 Emory University Herbarium continued its mission to support the research community at Emory University under the direction of Prof. William H. Murdy, who dedicated almost 20 years of service to the Emory Herbarium from 1966 – 1982. In 1987, he went on to serve as the Dean of Emory Oxford College. Prof. Murdy’s contributions to environmental and botanical efforts continued through the years, and together with Prof. Eloise Carter (Oxford College, Department of Biology) he co-authored “A Report on the Status of Forested Land of Emory University” in 1986 and Guide to the Plants of Granite Outcrops  in 2000.

Curation of the Emory Herbarium was later directed by Prof. Judith Morgan (Department of Biology), followed by Dr. Brian Smith (Department of Environmental Sciences). This period was dedicated to maintenance of a steady loan program to other institutions in support of research.

In 2012, a new revitalization effort was launched under the direction of Dr. Cassandra Quave (Department of Dermatology and Center for the Study of Human Health) with the aim of supporting Emory University’s active research community, though now with a primary focus on establishing and supporting a Collection in Medical Botany. The Herbarium has recently undertaken the ambitious task of creating a digital record of the collection, driven by the need to preserve the valuable historical collections of Dr. Eyles, Dr. Thorne, and Dr. M. Burbanck, as well as to provide modern international access to these resources and the Medical Botany Collection. The Herbarium is expanding its mission to focus not only on local campus research and teaching support, but also supporting an international scientific community.

Murdy, W.H. and M.E.B. Carter. 1986. A report on the status of forested land at Emory University.

The Dwarf Crested Iris (Iris cristata) is a specie

Tracing the elegant pink veins of the Virginia Spr

The Mountain Azalea （Rhododendron canescens) is

It is Mayapple season again… Daniel is trying to

The Piedmont Sandwort (Minuartia uniflora) is an e

Enjoy the annual show of #bloodroots!

This morning star of the understory, Dimpled Trout

We had a very special group of Emory students here

A great morning to work with lichens. #lichen #sym

Greetings from the Tibet Plateau! We wish everyone

Stinkhorn found in the Kirkwood neighborhood. They

Come and join us at the Fernbank Museum to learn a

The mission of the Emory University Herbarium (GEO) is to serve as a botanical research and educational resource for the Emory University and global community. GEO aims to foster understanding of the human-nature interface by collecting, preserving, researching and exhibiting botanical specimens and ethnobotanical objects.