News, updates, and information for current students and alumni of the Epidemiology Department at Rollins School of Public Health 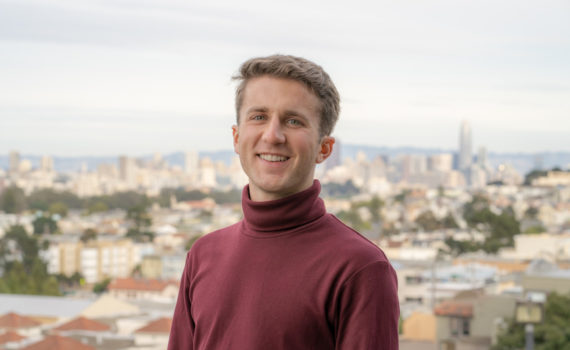 Atlanta is dubbed the public health capital of the world. Most people think of the Centers for Disease Control and Prevention when referring to this title, which makes sense when most of Atlanta traffic can be attributed to the CDC commute. 😉 However, when I think of Atlanta – and I thought this even before attending Rollins – one person always comes to mind: President Jimmy Carter. I admire a lot about this man. His authenticity. His desire and the energy he devotes to creating a better world (I mean just look at this most recent article.). His belief in the value and dignity of every human. And especially how he has taken his international platform that the US Presidency gave him and founded The Carter Center along with his wife, First Lady Rosalyn Carter. But I digress.

The Carter Center is “waging peace,” “fighting disease,” and “building hope” in areas that are currently neglected. President Carter’s mission, and I have heard him say this several times upon meeting him, is that he does not want to duplicate anyone’s effort. He recognizes that there are already leaders and experts making advances in fields such as cancer research, climate change advocacy, and primary school access, so why not tackle issues that are not being addressed or are currently under-addressed. This is what The Carter Center is doing. They have now become a leader in monitoring elections and championing human rights, and are on the path to eliminate guinea worm and trachoma.

I was fortunate enough to land a REAL position with The Carter Center’s Trachoma Control Program during my first year at Rollins. However, I thought my eyes were deceiving me when I first saw their open position. After all, I had just finished a long day of teaching GIS workshops and I was trying to cool off in my sweltering apartment in the Philippines when I read that The Carter Center, a place I had dreamt of working at, was looking for a student with GIS experience. Before I could think too much, I applied for the job—crossed every joint in my body—and then I waited. Whether it is a REAL job, or those real jobs, I encourage you to add your personality to your cover letter. To me, nothing makes an applicant stand out more than someone who is willing to put themselves in their application and not just their qualifications (That’s what your resume is for!). I began my cover letter with a joke about how chlamydia is such a hard word to spell and this may be the reason I got an interview (Trachoma is caused by a bacterium call Chlamydia trachomatis).

A unique aspect of working at a nonprofit (and there are so many in Atlanta) like The Carter Center is that you can really shape the course of a program with some curiosity and determination. I encourage you to ask questions and challenge the status quo. Ask why things are done a certain way and suggest alternatives or ask for a trial period to start something new. I remember in my interview I had already started to ask those “Why” questions, such as why the program was working in some countries with trachoma but not others. This curiosity may have been the reason I was hired. I maintained a level of curiosity throughout my time at The Carter Center whether it was wondering how we could apply The Carter Center’s election monitoring survey technology to the health surveys or how we could best train the in-country staff on how to create their own trachoma prevalence maps.

I had the opportunity to stay with The Carter Center for my entire two years (including completing my practicum with them in Ethiopia) while attending Rollins. Having a continuous two-year period was critical to the relationships that I could form with The Carter Center and the connections that they provided me with post-graduation. But regardless of the length of time you are at an organization, I encourage you to actively work to form relationships. And yes, this may mean that you need to have the small talk with your coworkers. (Remember their answers!) Begin there and soon more meaningful conversations will form. Relationships are so important in public health—it can be a very small field. I currently work as a trial manager at the F.I. Proctor Foundation at the University of California, San Francisco and this job would not have been possible without my experience and connections from The Carter Center. And just to further demonstrate how important relationships can be, despite living across the country from The Carter Center, I still remain very connected with the Trachoma Control Program working as a contractor on a couple of projects.

Caleb Ebert graduated from Rollins in 2018 with a MPH in Global Epidemiology. While at Rollins, his research interests included GIS and Complex Humanitarian Emergencies. Now, Caleb manages NIH-funded trials at the F.I. Proctor Foundation at UCSF in San Francisco, California.