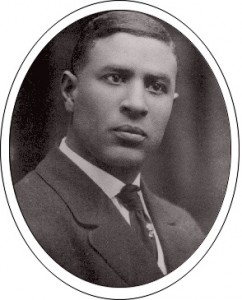 November 20, 1923: Patent #1,475,024 was granted to inventor Garrett Augustus Morgan for his automatic traffic signal. Morgan, who had a deep interest in public safety, was inspired to invent a device to control traffic after a tragic collision between an automobile and horse and carriage in his hometown of Cleveland. He sold the manufacturing rights to General Electric for $40,000. A prolific inventor and entrepreneur, Morgan created a gamut of products in his time, including the gas mask, various attachments and improvements for sewing machines, and hair pomade. He used creative strategies to market his inventions despite the hostile environment for African-Americans at the time, hiring white men to sell his products in the South or sometimes posing as a Canadian Native American to convince white customers to deal with him.

They Made America: From the Steam Engine to the Search Engine: Two Centuries of Innovators