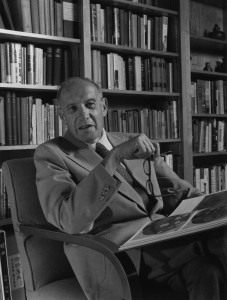 November 19, 1909: Peter Drucker, widely considered the inventor of of management, was born on this day in 1909. He described himself as a “social ecologist,” and wrote 39 books and numerous articles on how humans interact and communicate with each other. In 2002, he was awarded the Presidential Medal of Freedom.

A Year with Peter Drucker: 52 Weeks of Coaching for Leadership Effectiveness

Peter Drucker on the Profession of Management

The Strategic Drucker: Growth Strategies and Marketing Insights from the Works of Peter Drucker