While many people have a tendency to associate the act of problem solving with mathematics or with other STEM fields, foreign language is an often overlooked area of focus that contributes greatly to the acquisition of problem solving skills. As a Spanish and Portuguese student with an extensive background in the natural sciences, I can verify firsthand the impact that foreign language has had on my ability to solve difficult problems common in everyday life. While my biology, chemistry, and physics courses have certainly helped me improve my ability to solve problems within their respective fields, my foreign language courses have given me the critical thinking skills necessary to solve a variety of problems not only within the realm of foreign language but within life.

My decision to study abroad in Portugal was one of the most important choices I have made in my undergraduate career; the experience has instilled valuable lessons in me that I will take with me as I enter the workforce and as I continue to navigate my way through life. While studying foreign language in a classroom setting is important, studying a foreign language in a country that primarily speaks that language is a priceless experience that increases one’s proficiency not only in the target language itself, but in other life skills in general. One of the most challenging things I faced while studying abroad was effectively getting my point across with relatively little vocabulary in my target language. As a beginner level Portuguese student, I oftentimes could not say exactly what I wanted to say; I had to figure out how to incorporate the vocabulary I did know into sentences that conveyed the same message as the more complicated English versions that I had in my head. By the end of the trip, I was able to communicate with my Uber driver with ease; the skills that once frustrated me and took me a long time to achieve became second nature.

This capacity to problem solve, especially in the context of communication, is an important skill for nearly every aspect of life. The workforce needs people with the ability to think critically (which ultimately arises from the ability to problem solve); many employers search for employees that can provide innovative solutions to difficult situations and that can resolve any issue that may arise between them and their colleagues. In every social setting, effective communication is highly valued; the only way to effectively communicate is to be able to overcome challenging communication problems (and challenging communication problems will inevitably always arise). If a person acquires the ability to communicate effectively with someone in a foreign language, then their ability to solve communication errors in their own language exponentially increases. After returning to the United States, I noticed a decrease in misunderstandings between me and the people that I interacted with. If a misunderstanding did arise, I was able to quickly rephrase my thoughts into something that made better sense to the both of us. Foreign language does not only increase one’s ability to problem solve in the realm of communication, however. Ultimately, the thinking skills developed from problem solving communication errors carry over into nearly every other area in which problem solving is required. 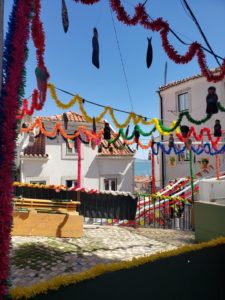