Study abroad now is a more structured, brief and goal-oriented experience. It has become a must-get college experience, a resume credential and a way to test independence. Specifically, with learning a foreign language, it is clear that study abroad is an impactful way becoming more fluent or having firsthand exposure in a foreign language.

These days study abroad programs implement other subjects on top of the foreign language “requirement” to attract students to experience an overseas education. For example, in the Emory Global Internship Program, for students who are pursuing an economics major, they can intern at a start-up consulting company in Hong Kong and political science majors can intern in a research institute at Singapore. Increasingly, study abroad happens in English. Thus, it all comes down to the individual on the goals that she or he wants to achieve in their education.

For me, I chose to do study abroad in my college experience because not for a new experience. It was about me being a “heritage seeker” by going back to my motherland- South Korea- and honing into my Korean language skills and my future visions in South Korea. 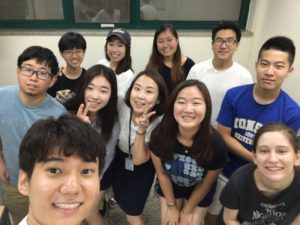 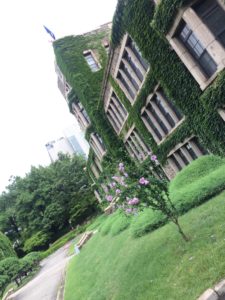 PERSONAL GOAL: SHARPEN MY LANGUAGE SKILLS. If learning a new language or even honing into your language skills is your personal study abroad goal, immersion is key. I did the Yonsei University Korean Language Institute in the summer solely to take Korean language classes and Korean culture classes that entailed of K-pop dance, Korean cooking classes, Korean pottery and Taekwondo classes. I remember before attending classes, I was refreshing my mind with the basics of the Korean language. During my time, I forced myself out of my comfort zone where I made friends with the enrolled Yonsei University students. This is because I wanted to practice the language and as well as be immersed into the culture. Absorbing as much as possible outside of my classes was crucial. With study abroad, you will pick up more than you ever would by taking a foreign language class.

PERSONAL GOAL: RECONNECTING MY HERITAGE. I went to South Korea as my study abroad location because it is where my family is from. Going back to my roots was a whole other complicated narrative that I decided to recreate. I had this intense curiosity about my heritage and a desire to understand not only where my family originated, but also know more about my connection with Korea and what I can do in the future if I ever lived in Korea. While exploring the neighborhoods, shops and touristy places, I was able to decide what Korea meant to me and for my professional future. Getting a taste of what life was like for my family was vital to re-rooting myself.

Study abroad has its own challenges and purposes for each individual. Most importantly, students who have studied abroad show just how committed they are to their education. The very value of going abroad — being uncomfortable— is what makes it hard, but also so exhilarating. As campuses try to have a more global focus, students are seeing the importance of stepping outside of themselves and seeing other cultures and experiencing things not just on what they see on TV. If anything, my study abroad experience did not change who I am, the journey adds a whole other complexity to who I am. 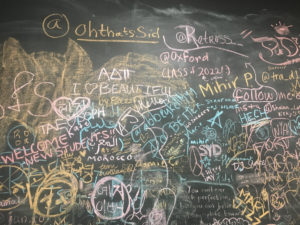