The Final Installment of the Twilight Saga 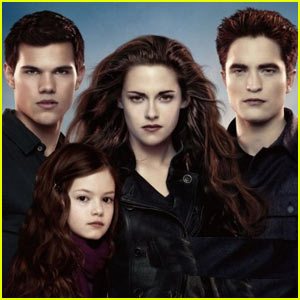 The final installment of the Twilight saga was released on November 16, 2012 in U.S. theatres. The film centers on Bella’s half- vampire half- human daughter, Renesmee Cullen, who is in danger of the Volturi for a false allegation. The Cullens gather support from other vampire clans to protect Renesmee to prevent a bloody vampire war. Breaking Dawn Part Two presents interesting elements of vampire lore that are undoubtedly connected with death: death as a sex symbol and a lesson on how to kill a vampire.

Sex sells in pop culture, and Breaking Dawn definitely made this point clear. From Tayler Lautner’s rock hard abs to close ups of Kristen Stewart’s full lips; from passionate love scenes to sex jokes, Twilight symbolizes the sexuality in death. That is to say, the characters themselves are symbols of sex. The highly attractive cast reminded me of other vampire movies, from Coppola’s Dracula (1992) to Dracula 2000 (2000) produced by Patrick Lussier to Stephen Sommers’ Van Helsing (2004) which similarly casted sexy actors and actresses. Furthermore it reminded me of Dr. Stutz’ previous blog post from early November, “Can I please have a look at the coffin with the hot chick black reaper?” and Sarah Hampton’s recent post on Vladimir the Impaler: the media is “sexifies” objects of death, making death more pleasing, enticing, and approachable.

Breaking Dawn pt. 2 presents an interesting element regarding suicide: you die to become immortal. It is a sacrifice for rebirth. Bella exemplifies this resurrection most clearly when she is bit by Edward to become a vampire. As a result, she not only gains immeasurable strength and good health, but her daughter, Renesmee, is born a vampire-human hybrid. Renesmee is special, because she is not an Immortal Child, or a child that was bitten by a vampire. Instead, Renesmee is born biologically. Here, again we see how our generation humanizes vampires, changing the old traditional stories of bloodthirsty vampires to the possible existence of half human half vampire entities.

The film also comments on what we understand as the death of a vampire. Supposedly immortal beings, it is agreed that vampires can be killed by sunlight or a stake through the heart. The film disregards death by sunlight and also illustrates a new method. We have seen from the first episode of the Twilight Saga that vampires sparkle in sunlight instead of burning into ashes. Furthermore, decapitation becomes the method for survival in the film. Team Cullen, aided by their alliance with the wolves, takes on the Volturi in a gruesome battle where the heads literally snap and roll. I find this very interesting, because vampire films have illustrated how humans can kill vampires, but I have never seen vampires kill vampires.  Lastly the decapitations made me think of how the living suffer and the dead do not: mortals sometimes experience painful deaths whereas the vampires (technically dead), die instantly and definitely at the detachment of their head.

This entry was posted in Uncategorized and tagged Immortality, julio, pop culture, Twilight. Bookmark the permalink.