In 2013, the body of Hugo Chavez, who is the former president of Venezuela from 1999 to 2013, was to be embalmed and kept in a crystal casket for display at a military museum. 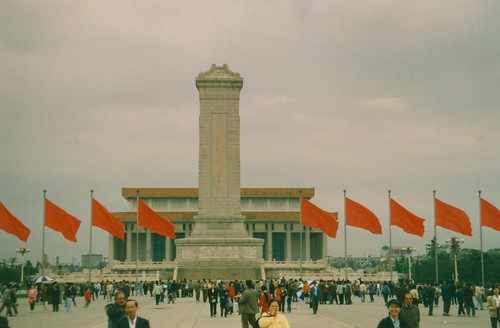 How they were embalmed?

Most of the political figures that were embalmed and kept in the mausoleums or memorial hall are founding fathers, such as Mao Zedong and Kim Il l Sung. To ensure the body to last long, a comprehensive record of the body condition should be conducted, including weight, height, and facial features so that it could be referred for long time maintenance. The process of embalming includes regular baths for the corpse, constant hydration and temperature control, secret preservation recipes and electronic wires that provide enough hydration of the corpse. The technique of preservation of corpses draws from the cases of well-preserved bodies in archaeology. During embalming, major vessels and veins are opened to take away the blood to eliminate the food source for bacteria in order to build a sterile environment. Large volumes of alcohol and formalin are used to maintain the hydration of the body and kills bacteria, fungus and spores away from the body. Furthermore, temperature and humidity have to be strictly controlled daily.

Political Implication of Embalming and My Visit

The move has “some logic to it,” says Margo Light, Professor Emeritus at the London School of Economics, “in order to retain the sprirt of revolution.”

Embalming political figures aims to keep them ostensibly alive and maintain the spirit and ideology. Last year, when I visited Chairman Mao Memorial Hall in the center of Tiananmen Square in Beijing, I was surprised by the number of people lining up to view Chairman Mao, despite he had been on display for almost forty years. Some of the visitors said that it was their first time to travel and they chose Beijing as their first destination. These people were so eager to see “The Great Chairman Mao” that they pushed people in front of them to force the line move faster. When viewing the body, absolute silence was required and phones should be switched off to maintain the solemnity and show respect to the body. Thus I believe the political impact of embalming political figures is profound and keeping them on display is a way of memorizing what they have done to the country.