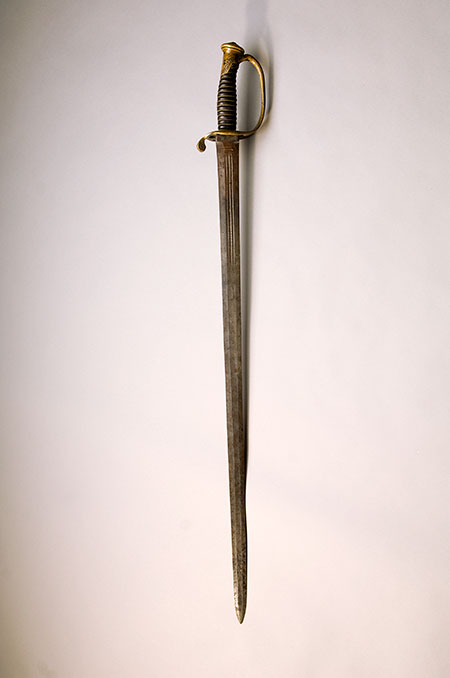 William H. Scott (1848-1910), sometimes known as Henry Scott, is still a largely unheralded figure in American history. Scott was an ordained Baptist preacher, teacher, and businessman. He was also a political activist throughout his life, tenaciously defending African American civil rights issues. Among his accomplishments: Scott was one of the twenty-nine original members who founded the Niagara Movement. Born a slave in Virginia, Scott seized Emancipation for himself with his feet by escaping when he was 14 years old. He wound up as an aide-de-camp to a Union officer with the 12th Massachusetts Infantry Regimen during the Civil War (1861-1864). According to Ronald S. Coddington in African American Faces of the Civil War: An Album, it was on the battlefield at Fredericksburg that Scott relieved, shall we say, an anonymous Confederate soldier of his sword. William H. Scott’s righteous temerity can be viewed by visiting MARBL to see the actual sword in all of its historical glory, from the hand guard to the tip of the blade. The sword is part of the “William H. Scott family papers, 1848-1972.” In 2009, MARBL displayed an exhibition dedicated to Scott by Randall K. Burkett, curator of African American Collections, entitled “Slave, Soldier, Citizen: The Journey of William Henry Scott.”