Brianna McGruder is an undergraduate at the University of North Carolina-Charlotte and an intern with the Charlotte Queer Oral Histories Project. Briana was the 2019 recipient of a Rose Library scholarship to attend the Queer History South Conference, organized by the Invisible Histories Project. The conference was held March 28-29, 2019 in Birmingham, AL. 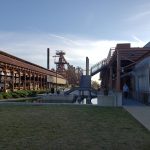 The Queer History South Conference buzzed with enthusiasm and brimmed with potential. The inaugural conference came to fruition thanks to the labor of Josh Burford and Maigen Sullivan—the founders and facilitators of Invisible Histories Project (iHP), a project dedicated to preserving the queer histories of the American South. As the grateful recipient of a scholarship from Emory University, I was able to attend this magical two day event and explore the unique opportunities and challenges of preserving the queer South. Within the curious space of a former pig-iron mill named Sloss Furnace, we convened as an excited collection of activists, archivists, historians, librarians, professors, and students—all committed to collecting and preserving marginalized histories.

When I learned from Josh and Maigen that I was invited to this March conference in Birmingham, I was excited and intimidated. I’d never attended a conference before and I was sure I had an accurate image in mind of what to expect: old, stodgy, white academics sitting around a table, speaking in dense jargon, with no time for novice attendees. So I prepared. I re-read my favorite pieces by Baldwin and Butler, I produced a colorful presentation on my work with the Charlotte Queer Oral Histories Project (CQOHP), I packed my favorite shoes, and I headed for Alabama. 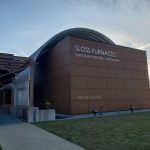 As I entered Sloss Furnace, I was struck by the peculiarity of the space. Towering high behind the entrance gates are grand pieces of old metal machinery, weathered down to produce an array of patina greens and rust browns. Like me, if you’re unfamiliar with this space and riding in an Uber, you might acquire a queasy feeling and think, “where on earth am I being taken!?” But when we turned the corner, the newly renovated visitor’s center greeted us, to my relief. When I met Josh and Maigen at the entrance, they introduced me to another student, Lucas. We bonded quickly over our common study interests and patent leather loafers. As we entered the large conference space, I was thrilled to see a wide variety of ages and styles. At one table a conversation was taking place between a young, non-binary student and an elderly man in a three piece suit, each looking at the other through round spectacles. Lucas and I found a table near another conversation taking place between three gender-fluid undergrads and an elderly Lesbian activist discussing queer zines from the 1960s. I was consumed by the synergy produced among all of these small, inter-generational conversations. But perhaps my favorite part of day one was the community panel.

“If you’re not at the table, you’re on it.” This profound statement was one of many uttered by Tony Christon-Walker during the community panel discussion. Tony, the Director of Prevention and Community Partnerships for AIDS Alabama, was in good company with his fellow panelists: Daroneshia Duncan-Boyd, Glenda R. Elliot, and Tori Wolfe-Sission. Daroneshia is the executive director of the resource center TAKE (Transgender Advocates Knowledge Empowering). Glenda is a licensed professional counselor and the co-founder of the Association for LGBT Issues in Counseling of Alabama. Tori is the co-founder of BLK Pearl, a learning and leisure organization cultivating wellness through visibility and economic development. Each panelist maintained a particular specialty and together, their perspectives produced a rich narrative of Birmingham’s queer past and present. Challenges were laid out immediately. Daroneshia, Tony, and Tori all sited trust as a major concern and I’m sure many of us understood why. Historically in the United States, the narratives of brown and black people have either been ignored entirely or written by outsiders with dubious agendas. 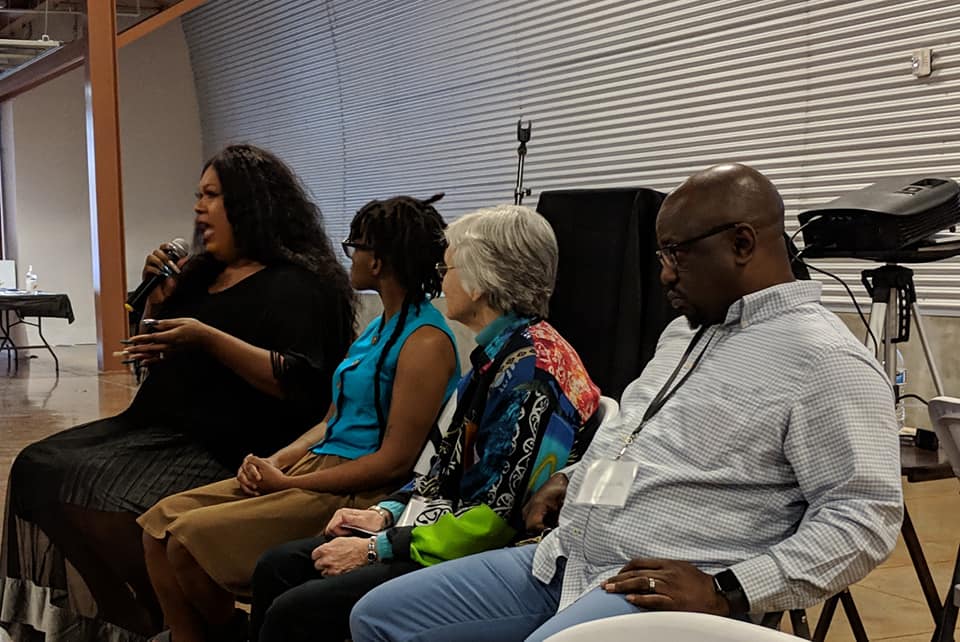 Tori explained, “If you have to ask for our materials, you’re doing it wrong. If you’re really interested in us, you’re already working with us in the community.” Tony supplemented Tori’s explanation with an unfortunately astute observation of the room we all occupied: “I see a lot of white faces here and not a lot of black and brown faces.” As one of the few brown people in the room, I realized that white privilege in preservation and academia remains a vital issue to challenge. As the only white person on the community panel, Glenda listened carefully to the issues raised by the other panelists, sympathizing and relating their struggles with her own as an elderly LGBTQ activist. Glenda too sited the importance of achieving community before extracting archival material and recording oral narratives and histories. Glenda explained that “when the preservation process is over, elderly gay people are left feeling alone yet again.” This was yet another profound statement that deeply resonated with me. In my work with the CQOHP, I have spent most of my time with Charlotte’s elderly lesbian activists. Charlotte’s early lesbian activists have experienced hardships beyond my comprehension: aggressive daily sexism, family rejection, sexual assault, and much more. And somehow, these women have not only survived but surpassed societal limitations, becoming pillars of their communities. Now, many of the women I share time with are elderly and plagued by great loneliness due to limited mobility or wilting support systems. Despite the challenges that Glenda laid out, her optimism remained visible as she smiled at the inter-generational mix of people in the room. Near the end of the community discussion panel, each of the panelists commended Josh and Maigen for their authentic approach to preservation and it was clear that Glenda’s optimism was infectious. 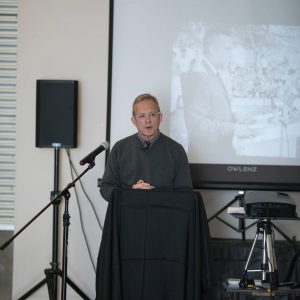 Dr. Jon Howard, reading from his seminal text on the queer South, Men Like That. Image courtesy of the Invisible Histories Project.

By day two, it was time for me to present my work. Although the atmosphere of the conference had been inviting and kind, I still felt nervous by my lack of experience. I was sharing a space with the likes of Harlan Greene and Jon Howard! The night before, many of us attendees watched a screening of The Joneses (2018), a documentary that Jon helped craft. The film transforms daily, banal life into something sublime for screen. By the time the credits rolled and Jon returned to the stage for the Q & A, many of us were emotionally spent. Luckily, the second day of the conference reinvigorated us all. Jon returned to read an excerpt about Aaron Henry from his text Men Like That (1999). As an elementary student, I remember learning about the great civil rights work that Aaron had accomplished, but his personal life was left absent. As Jon read of Aaron’s life, I was amazed that it had taken me so long to learn more about an important figure in not only my history but the nation’s history. Jon’s reading reminded me of a crucial point I’d almost forgotten: Even the Jon Howards, Harlan Greenes, and Aaron Henrys of the world have to start somewhere! They too began where I was in the Queer History South Conference, students trying to gain experience and knowledge in their fields. Following Jon’s reading, I presented my work proudly, realizing that the only one that saw me as a novice was myself.