Jina DuVernay is the Visiting Archivist for African American Collections at the Rose Library. She will be blogging regularly throughout her appointment. 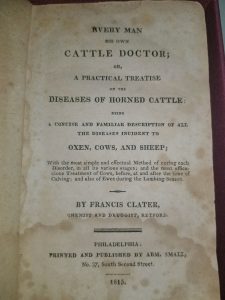 The Rose Library recently cataloged a book that it acquired in 2015, 200 years after its publication in 1815 titled, Every Man His Own Cattle Doctor : Or, A Practical Treatise on the Diseases of Horned Cattle : Being a Concise and Familiar Description of All the Diseases Incident to Oxen, Cows, and Sheep; with the Most Simple and Effectual Method of Curing Each Disorder, in All its Various Stages; and the Most Efficacious Treatment of Cows, Before, At and After the Time of Calving; and Also of Ewes During the Lambing Season. This book is unique in that it includes an inserted list of the names of 173 enslaved African Americans. The list also records the year, and in most cases, the exact month and day that the people were born, as well as the dates of their death between 1790 and 1865. 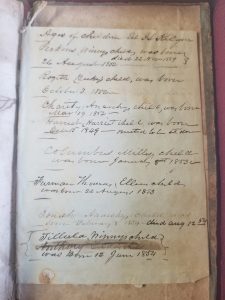 One of the multiple times that the name, J. S. Kilgore, appears in the records is visible in this photograph in the top right corner.

Although the ownership of the book is not explicit, the name J. S. Kilgore appears multiple times within the records. Based on the historical documentation, including a letter that was also found inside of the book, it seems that the book belonged to the Jesse Kilgore family of Kershaw County, South Carolina.

Beyond the harrowing fact that the records of these enslaved people were reserved in a book about cattle, there are a couple of other observations of note. One being that, I noticed that some of the children’s date of death were shortly after their date of birth. Upon observing further, I came across a reason for the death of one little girl named Luanna who was born to a woman named Jane on August 18, 1856. Luanna turned five years old just four days before her death from the typhoid fever. Given the other young lives, I suspect that the fever was the cause of death for some of the other children as well. 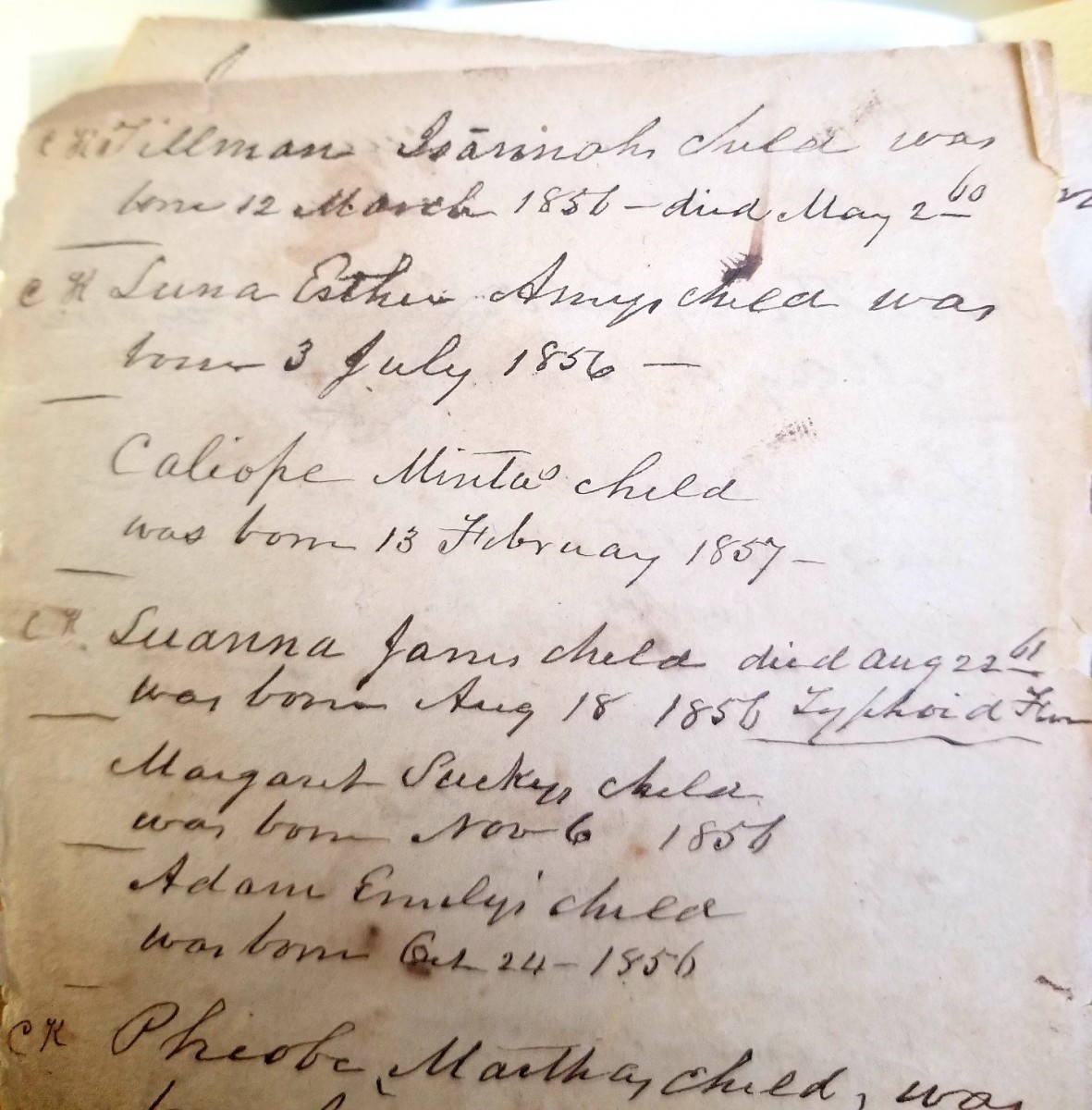 Additionally, I noticed that the last recorded entries were of death dates. Heartbreakingly, some enslaved African Americans died just months after Congress passed the 13th Amendment. While others died only a few years before, living entire lives that were not their own. Still, the recorded names and birth and death dates of these African American people is vital information for genealogists, especially those searching for their African American ancestors, since this research can be particularly challenging. Furthermore, this information is valuable to us all because it documents people who lived lives, no matter how short and no matter how those lives were lived. And although they may have been treated like cattle, they were, indeed, far from it. They were living, breathing, resilient African American people. Therefore, I invite you to come to the Rose Library to view this wealth of information for yourself. 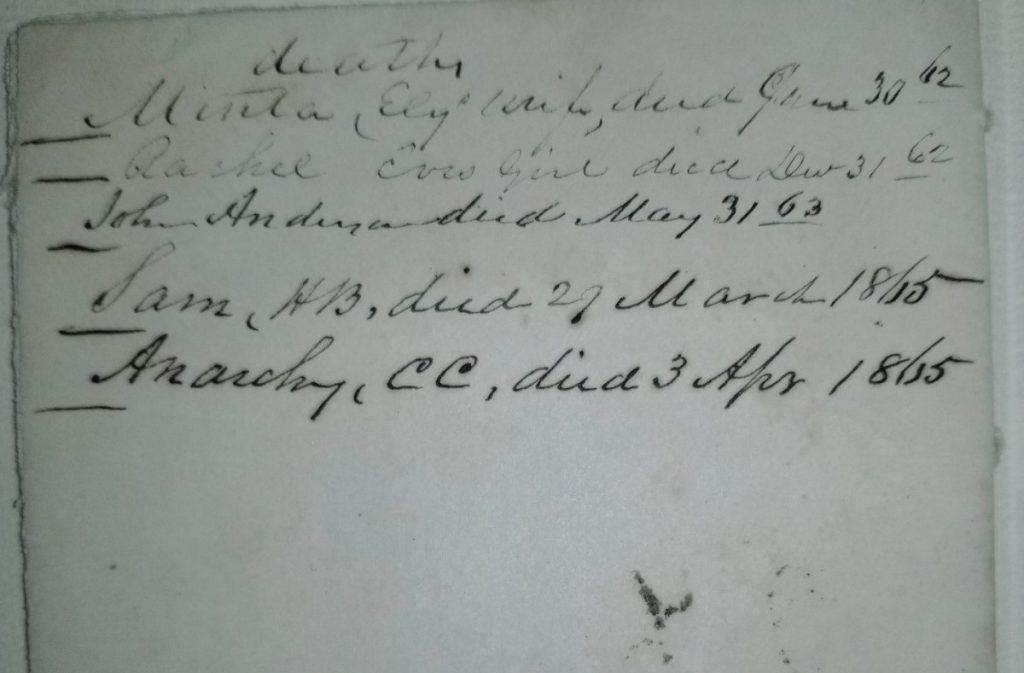 The final entries recorded the deaths between 1862 and 1865. The second entry on the page reads, “Rachel [Eve’s] girl died Dec 31 62.” Rachel died one day before President Abraham Lincoln issued the Emancipation Proclamation on January 1, 1863.