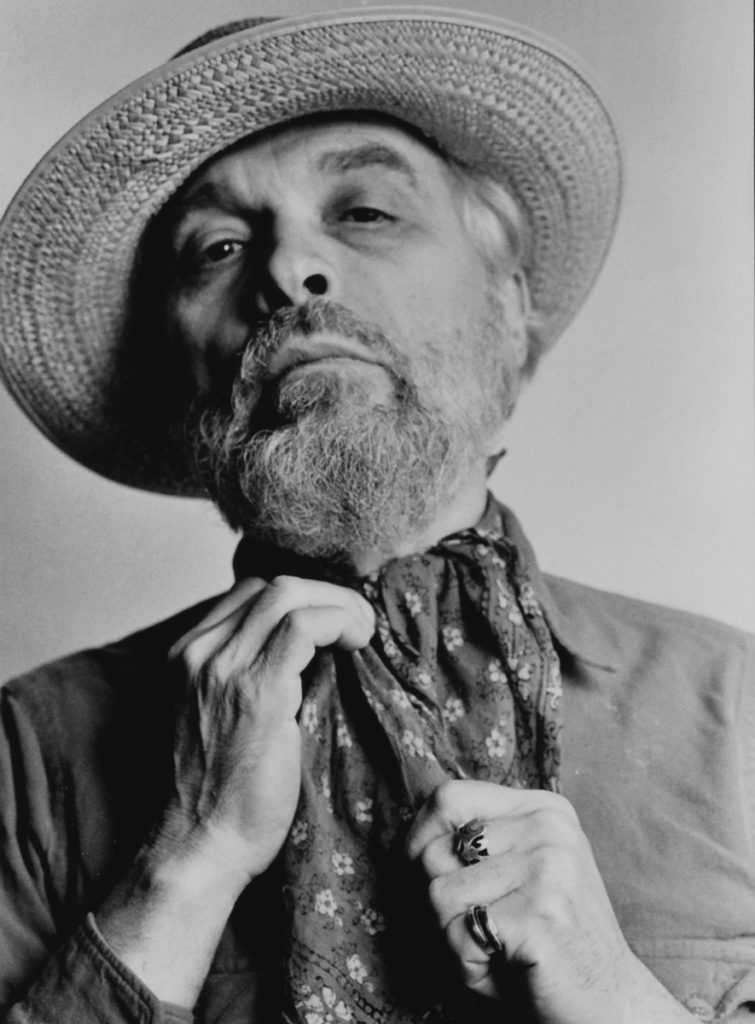 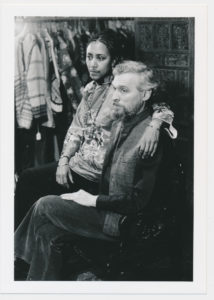 For more than fifty years, James Vernon Hatch (1928-2020) was a leading authority of African American theater, and along with his wife and creative partner Camille Billops (1933-2019), became a proponent for archiving the history of African Americans in the literary and visual arts, dance, and film.  As co-founder of the Hatch/Billops Collection in New York, located on the corner of Broadway and Broome Streets, the duo amassed a collection of clippings files, playbills, photographs, books, art catalogs, periodicals, and more than one thousand African American authored playscripts.  The archive became a mecca for the intellectually curious, artistic, and gifted.  In a word, the Hatch/Billops Collection is simply breathtaking. 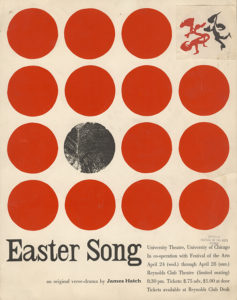 Easter Song is one of several award-winning plays by Hatch. This poster is from the 1958 production at the University of Chicago.

Nevertheless, it was the Black Theater that kept Hatch’s attention.  He attracted students and scholars from around the world to study and find their voices in the primary evidence and material culture related to the creativity and performances of stage artists ranging from Bert Williams to Josephine Baker, to playwrights Owen Dodson and Ed Bullins.

In the co-edited volume, The Roots of African American Drama: An Anthology of Early Plays, 1858-1938, Hatch argues that “Black Theater stretches back into antiquity, and for African Americans, shared glory with the dark-skinned Pharaohs of Egypt is as legitimate as shared glory with the Greeks for Western Caucasians.” The award-winning playwright, author, scholar, and mentor to hundreds of graduate students, thrived in learning as much as he could about the contributions of African Americans to modern drama as he did in introducing Ira Aldridge to young theater scholars or playwrights in search of their literary ancestors.  In my 2015 interview with Hatch, I asked him about his career and what he was most proud of.

To look back on my life…it looked like there was a road for me to go down.  I didn’t know at the time, but I wanted that road.  I wanted to find out who were all the other people who didn’t live in the Baptist Church in Oelwein, Iowa.  I built my career on it; I wrote books on it.  I published Black Theater U.S.A.  And I got good cooperation from almost all black people. And, of course, some were jealous.  “White man, what are you doing writing about our history?”  I’m trying to learn it.  Help me!  Camille was a tremendous help saving me from embarrassments. 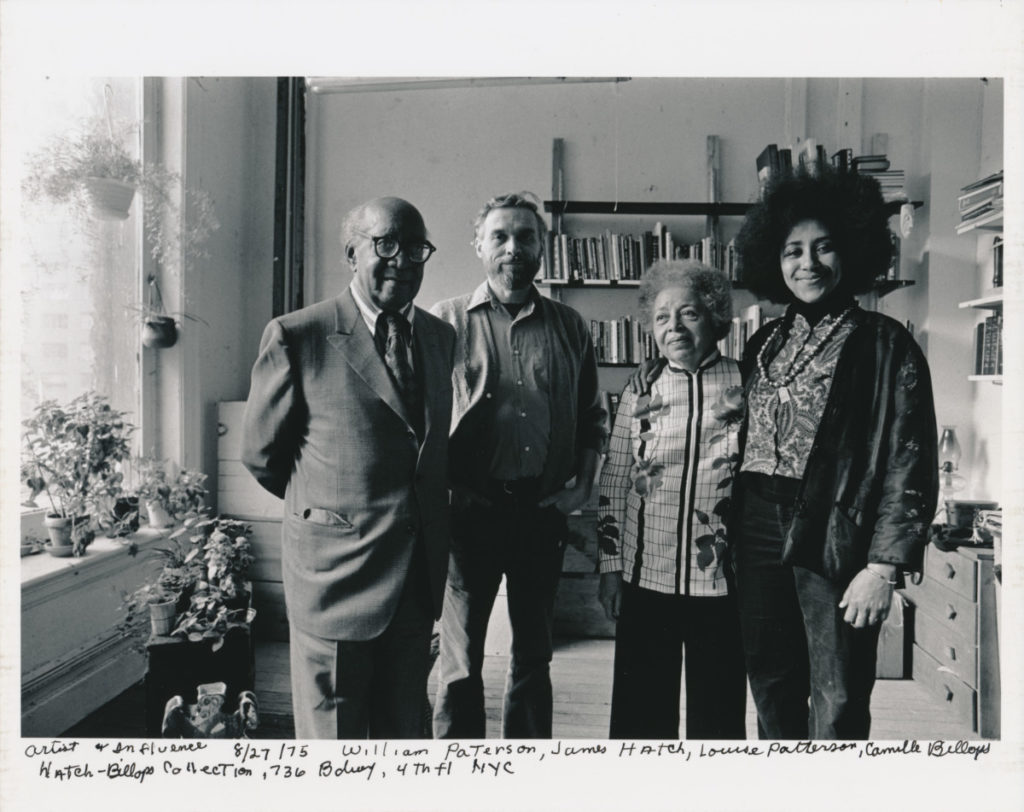 Jim and Camille were friends with activists Louise Thompson Patterson and William Patterson. 1975

Hatch found his voice through the arts as a “way of seeing” beauty and purpose in a world filled with chaos.  He believed that artists had to “know more than the audience” and maintain a “freedom of expression” in order to have an impact on the communities of which they are a part.   These principles among others, Hatch felt, were necessary for artists to use as a form of protest to represent or reveal some sense of reality or teach about being human in the complex world in which we all live. 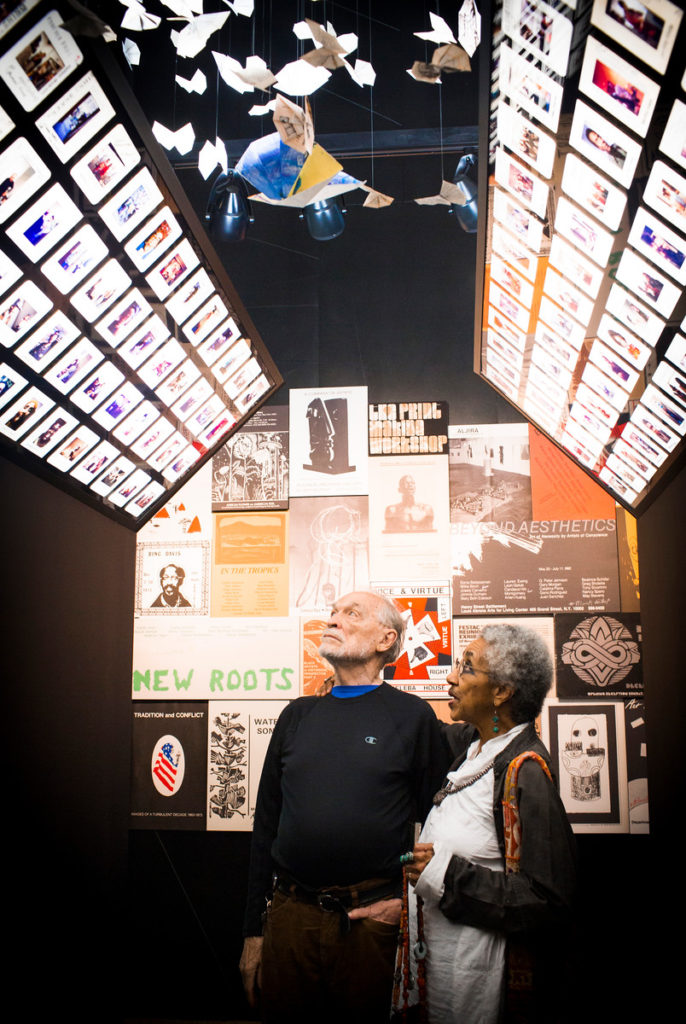 In 2002, the Camille Billops and James V. Hatch Archives was established at Emory University to house the more than 6000 books; 1,200 scripts written by African American playwrights; 10,000 slides; and manuscript materials, posters, broadsides, ephemera, and photographs.  The collections also include original prints and works on paper produced by Billops, and original play scripts and manuscripts written by Hatch.  In 2012, Emory awarded both of them honorary degrees.  In 2016, the Emory Libraries celebrated the lives and work of Camille Billops and James V. Hatch in the exhibition, Still Raising Hell: The Art, Activism, and Archives of Camille Billops and James V. Hatch.  In 2018, a smaller traveling version of the exhibition, titled “Speak What Must Be Spoken,” was created for K-12 audiences. 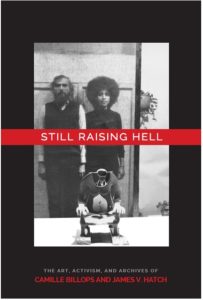 This exhibit has been on view in Atlanta area Public Schools including Martin Luther King, Jr. Middle School and Drew Charter School.  Randall K. Burkett, Curator Emeritus of African American Collections, wrote in the exhibition catalog Still Raising Hell, “We are eternally grateful for Camille and Jim’s trust, confidence and support.  The library and the University are different places–and better places–because of the presence of their great archive.”  Indeed, we all have benefitted from their vision and commitment to telling the truth through the arts.