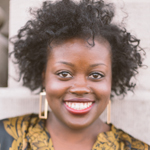 In partnership with Emory University’s Rose Library and the Exhibitions team of Woodruff Library, Georgia Public Library Service is launching a tour of She Gathers Me: Networks Among Black Women Writers to libraries statewide. Curated by Gabrielle Dudley, the  six panel exhibit will tour Georgia Public Libraries until 2022. The exhibit features luminaries such as Toni Morrison, Alice Walker, Audre Lorde, Pearl Cleage,  Tayari Jones, and others.

Toni Morrison had one of the most recognizable literary voices of the 20th century and actively published novels and essays from 1970 to 2019. Throughout her life her writing was celebrated and garnered recognition via the National Book Critic Circle’s Award, Pulitzer Prize for Fiction and in 1993 she became the first Black woman to win the Nobel Prize in Literature. Though much can be said about Morrison’s distinguished writing career, more attention should be paid to Morrison’s role as a promoter and connector of Black women writers through her work as senior editor in the fiction department at Random House and involvement in writing circles like The Sisterhood.

During Morrison’s tenure as senior fiction editor at Random House, she promoted Black authors and Black literature and edited projects by Black women writers like novelist Toni Cade Bambara and poet Lucille Clifton. Clifton and Morrison were already acquainted with one another as they both attended Howard University in Washington, D.C, though they lost touch until Morrison was assigned as Clifton’s editor at Random House in the 1970s. This pairing likely required some adjustment as Morrison had experience primarily as a fiction writer and Clifton was a poet and children’s book author. For Clifton’s third volume of poetry, An Ordinary Woman the two writers had differences about the direction of the work. Clifton, herself, has a very fragile relationship with previous editors and was committed to the authenticity of her work. 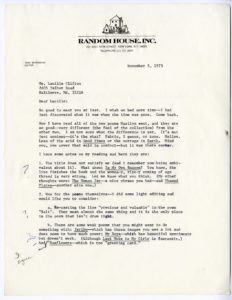 Morrison provides suggestions to enhance the poems in the volume, many of which Clifton rejects in the margins. Lucille Clifton papers.

By  1976, Clifton seemed to greatly appreciate Morrison’s perspective and experience as a fiction writer as she, herself, was making a foray into prose writing. Clifton wanted to write a memoir that explored her family history as she became interested in genealogy, astrology, and connecting with the dead through spirit writings and ouija board, but had trouble getting the project started. It was Morrison that suggested she use a tape recorder and orally capture some of the stories she wanted to tell in what would become Clifton’s memoir titled Generations. In a 1998 interview for Callaloo, she spoke about the legacy of Morrison’s work as an editor and the impact it had on her own memoir. Clifton says, “I think that I must pay a tribute to Toni Morrison as an editor, because her inclination in writing is so opposite mine. She writes ornately, you know; she puts things in. I take things out all the time. And that is a tribute to her as an editor, that she edited this book, and was able to edit someone whose inclination is not the same as hers is in writing.” 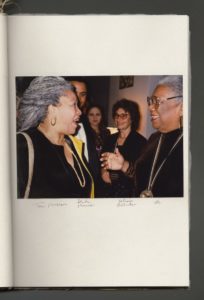 Clifton ultimately left Random House for the not-for-profit publisher BOA Editions though she and Morrison remained friends. In 1996 Clifton’s The Terrible Stories was nominated for the National Book Award in Poetry and Morrison was present to celebrate Clifton’s success.

Even as Morrison was pursuing her own writing and ushering in a new generation of Black writers, she remained active in writing circles with other Black women. 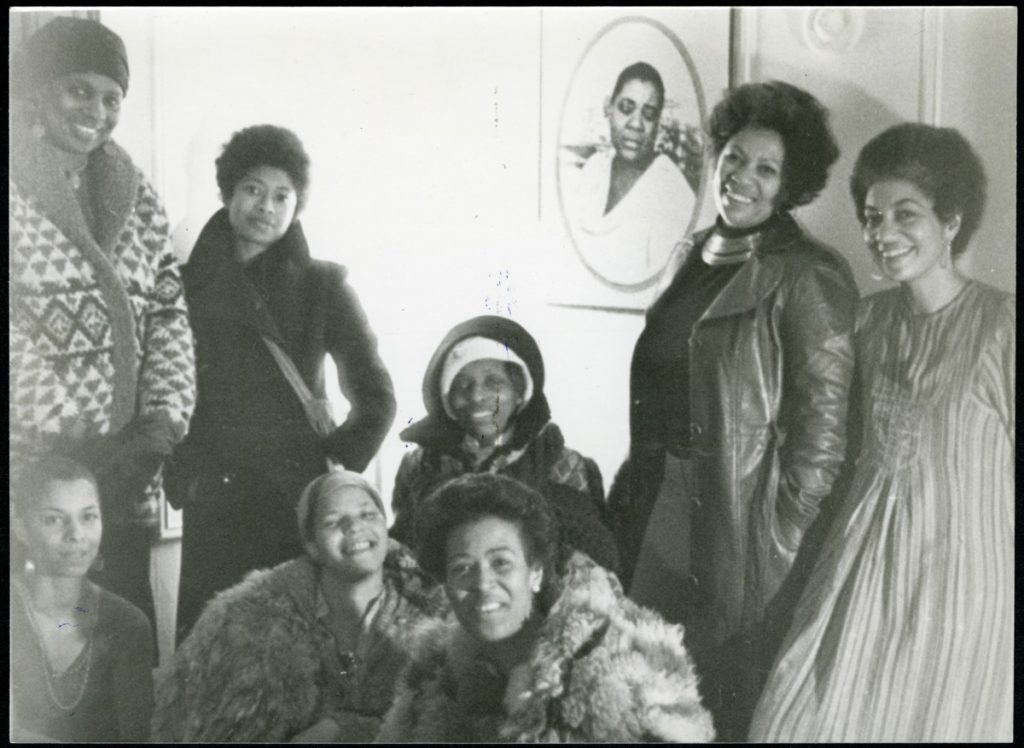 In 1977, novelist Alice Walker and poet June Jordan co-founded The Sisterhood in New York City as a platform for Black women writers and other creatives to reject societal opposed competition and embrace one another as friends and colleagues. These types of collectives were important for all Black writers though paramount for women facing both racism and sexism at all areas of publishing. Morrison along with members Ntozake Shange, Louise Merriwether, Rosa Guy, Paule Marshall, Vertamae Grosvenor and others used The Sisterhood as a space to connect with other writers and create pathways to publishing. The group regularly expressed frustrations with the lack of writing and publishing opportunities and did the painstaking work of mapping publishers and their openness towards Black women with Morrison leading the effort. The group considered creating their own publication, one more supportive and accessible to Black women, though the group dispersed due to fluctuations in membership. 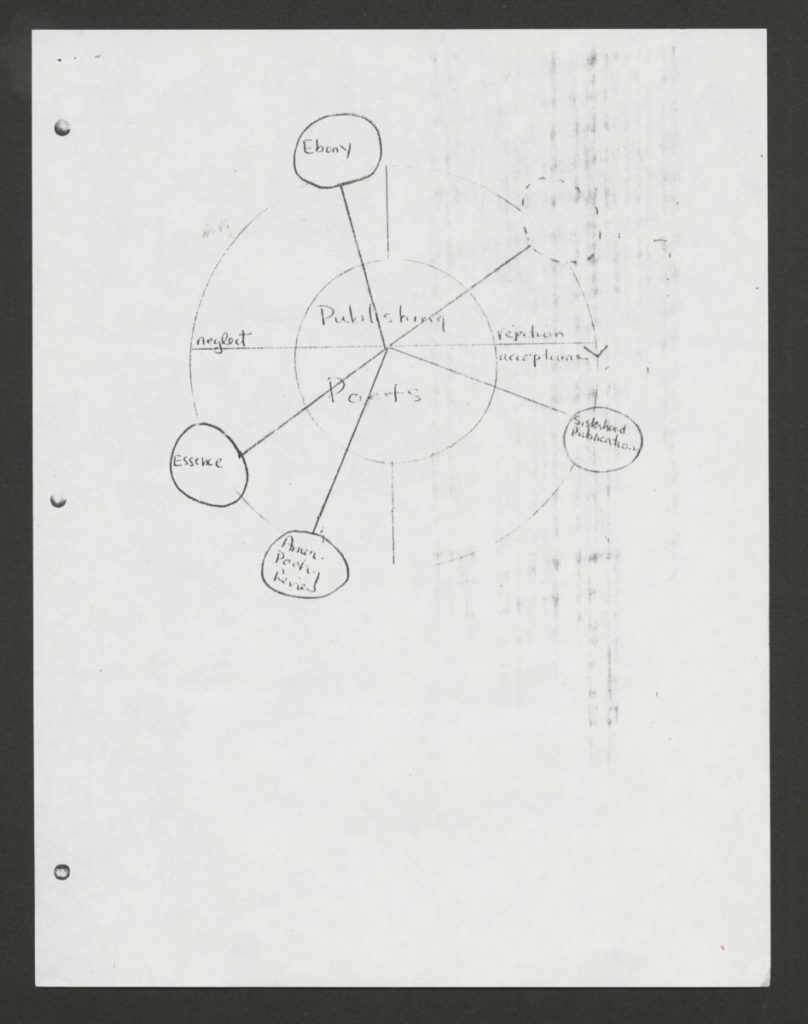 Toni Morrison’s legacy does not begin or end with her own writings. Instead, it begins with her promotion of Black authors and literature even before she had published her first novel and extends to the present generation of writers that she taught, inspired, and supported.

Gabrielle Dudley is the Instruction Archivist & QEP Librarian at the Stuart A. Rose Manuscript, Archives, and Rare Book Library.