J.E. Morgan is the 2019-2020 recipient of the Mellon Interventions Public Scholar fellowship at Emory’s Rose Library. Morgan is a Ph.D. candidate in History at Emory and a member of the Lift Every Voice 2020 project team.

As I wrap up my final week working on Lift Every Voice 2020 at Emory’s Rose Library, I would like to share a bit about this project and its importance. I began this work last fall as the Mellon Interventions Public Scholar for the Rose Library under the sponsorship of Dr. Pellom McDaniels III, who so unexpectedly and sadly passed away in April. It was an honor and a privilege to work on this project with him, and it has been a privilege to build upon and continue his vision with a wonderful project team: Elizabeth Roke, Digital Archivist, Rose Library; Lolita Rowe, Community Outreach Archivist, Rose Library; Jina DuVernay, Collection Development Archivist for African American Collections, Rose Library; and Erica Bruchko, African American Studies and United States History Librarian, Emory Libraries.

In the initial outline of this project, Pellom described the years during and surrounding Reconstruction in the U.S. as “a time of great possibility” for African Americans.  As a public scholarship initiative rooted in the Rose Library’s collections, Lift Every Voice 2020 seeks to cultivate a multidimensional understanding of Reconstruction. African Americans worked in a range of spaces—including but not limited to politics, education, law, publishing, labor reform, business and finance, religion, medicine, the arts, sports, military service, philanthropy, transnational activism, social welfare—to reconstruct the nation as a democracy in which they and their descendants could participate and thrive as full citizens. And they did so in a nation whose laws and customs had been designed to deny this to them.

Central to this project was the creation of a database of Rose Library materials connecting to Reconstruction. Both the database and the projects that stem from it draw upon the work of W.E.B. Du Bois, who in 1935 wrote against historiographies that portrayed African Americans’ roles in Reconstruction with “silence and contempt.” Du Bois emphasized the importance of histories of this period that represented accurately and treated with dignity the actions of people who fought structural inequalities and the denial of rights promised by the Reconstruction amendments. 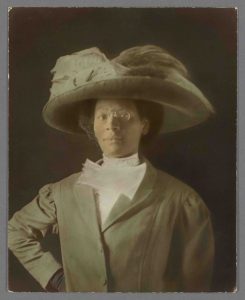 During the fall and early winter, I combed through a wide range of manuscripts, scrapbooks, photographs and other materials in the Rose Library. I requested anything that seemed relevant to this period and am deeply grateful to everyone at the Rose for their advice and expertise during this process. The database grew from this work and is comprised of materials from different types of collections, including artificially created collections such as Reconstruction Miscellany and Black Print Culture; family papers such as the Horace Mann and Julia W. Bond Family Papers; the papers of organizations, such as the Grand United Order of Odd Fellows in America records; and the visual archive of Reconstruction, including images from the Langmuir Collection. Creating meaningful descriptions of these archival materials often meant delving into secondary sources. I began adding these to the database, and from this stemmed a bibliography of scholarly works to lend context to the multitude of letters, photographs, objects, clippings, and other items in the database. Works in this bibliography extend Reconstruction beyond Congressional activities; center the activism of freedpeople, their children, and their grandchildren; and dismantle myths perpetrated in early histories against which Du Bois wrote. In addition to the bibliography, the project includes a syllabus that is more activist and multidisciplinary and that bring the issues of Reconstruction further into the present. All three documents expand the timeline of Reconstruction to illuminate the continuity and duration of African American activism.

Items that reveal connections among people, places, and events are cross-referenced in the database across collections. Occasionally, connections to items in collections at other institutions are noted. The database highlights interconnections in other ways as well. For instance, Carter G. Woodson created a set of research materials about Robert Smalls, who escaped from slavery in South Carolina in 1862. In 1875, the year in which Woodson was born, Smalls took office as a member of the U.S. House of Representatives. In the not-so-distant time after Reconstruction, Woodson created this and other files on people and events as part of the process of writing histories that highlighted the perspectives of African Americans and that pushed against accounts that misrepresented or obscured their lives and actions. Materials like Woodson’s Smalls file help to facilitate discussions around the archive itself as an extension of Reconstruction activism. Together, such materials illustrate the layering of Reconstruction efforts over the decades. 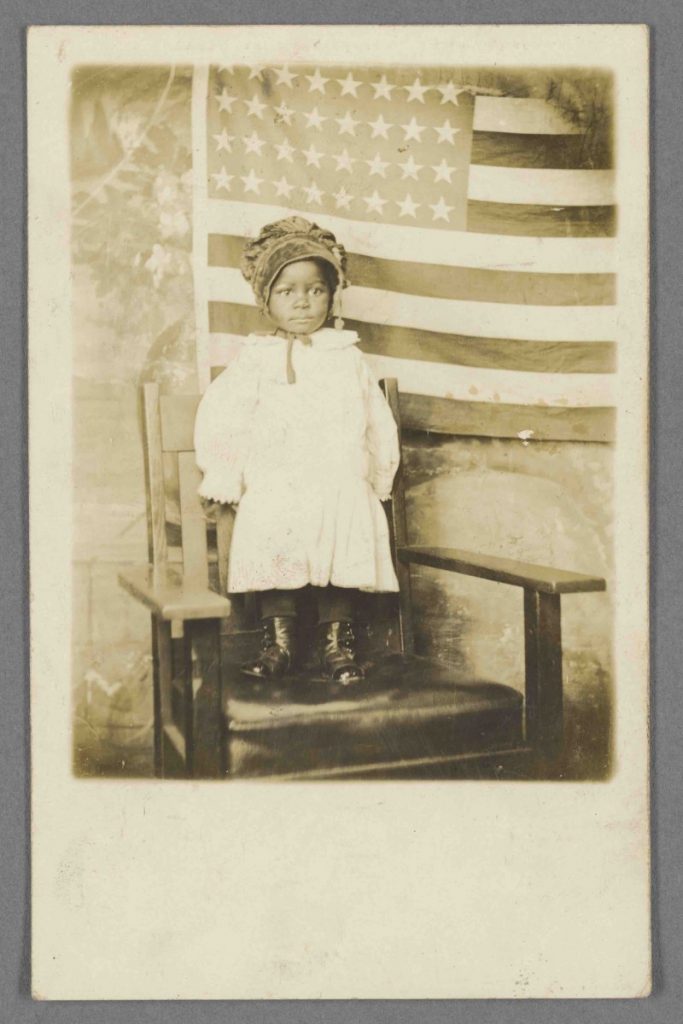 Other collections add to this multidimensional approach by showing the many forms that activism took during this time and the interconnections among many different areas of life. For instance, artist files in the James A. Porter Collection illustrate how many Black artists were abolitionists, civil rights leaders, Pan-Africanists and reveal the interconnections among categories of activism in work in seemingly disparate areas: politics, the arts, education, military service, labor, and social welfare. For instance, the materials that Porter collected for his artist file on David Bustill Bowser shows Bowser’s representations of Black citizenship through his paintings as well as other forms Bowser’s activism took, such as his involvement in fraternal organizations fighting for social welfare causes.

Through cross-referencing specific items and, when applicable, across archives, the database also helps to show how people built networks and communities around common causes. The Rose’s collections reveal the networks of Pauline Hopkins across various collections; her writing and career in publishing connected her to many other activists, and, like Smalls, Woodson, Bowser, and many others, her life’s work resists definition by a single activity or network.

The database also includes collections created by white families and institutions. Many of these materials show the contexts in which African American activists worked, which included but certainly were not limited to violence, debt peonage, a brutal and exploitative penal system, and white resistance to political and social reforms. In Georgia Miscellany, the 1908 Report of the Bond Commissioners of the City of Atlanta reveals how white administrators built disparities into the infrastructure of the city through a lack of sanitation in schools and hospitals designated for Black students and patients.

The database and accompanying projects are now in use to build public-facing projects that illuminate the histories of African Americans who worked in many different ways and directions “as active agents in the making of Reconstruction,” to quote historian Eric Foner. In December, the Lift Every Voice 2020 team began conceiving of themes illuminated by these collections in order to build several of these projects. These included a social media account to highlight the Rose’s collections and encourage conversations about Reconstruction’s history and meaning in the present moment. With the technological expertise of Shannon O’Daniel and Lindsay Narbeth of LITS, the team will also be making available to the public short videos of scholars discussing items from the Rose’s collections in the context of the Reconstruction archive and the fight for citizenship. 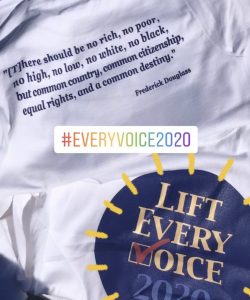 Events in which the public can participate have been in the works as well. On Douglass Day, February 14, the Rose Library collaborated with the Office for Racial and Cultural Engagement, the Center for Civic and Community Engagement, and Emory’s Graduation Generation community outreach partners to bring the project to Emory and K-12 students. Students, faculty, staff, and visitors converged on McDonough Plaza as students led a reading of Douglass’s 1883 speech “The United States Cannot Remain Half Slave and Half Free.” We brought the archives outside with reproductions of photos and manuscripts for everyone to examine and share on social media. Some projects that were part of the original planning have, in light of the pandemic, had to undergo tabling or revision; however, the Lift Every Voice 2020 team continues work on events for the fall, including a virtual Constitution Day focusing on the 13th, 14th, and 15th amendments as well as a virtual seminar series to engage questions about Reconstruction’s legacies and resonance in the current moment. Upcoming events will be posted on @everyvoice2020.

This year’s work on Lift Every Voice 2020 has brought a deeper understanding of this period to my own work. It has helped me to refine my conception of my next project, which focuses on Reconstruction. It has shown me different ways in which the archival collection itself can be a historical artifact. But more broadly, working on this project with an interdisciplinary and multi-talented team has taught me skills necessary to building public-facing projects so that the work that I and other scholars do becomes part of conversations that reach beyond the academy.

While Lift Every Voice 2020 will officially end in December of this year, the ways in which its initiatives might continue to push the Reconstruction archive beyond these boundaries seem almost limitless, from educational materials intended for outreach to local schools to virtual events that enable broad audiences to participate in conversations about Reconstruction and its legacies. Having spent almost a year living with this project, I believe that, as one of a growing number of projects across the academy that facilitate public engagement with the archive, race, citizenship, and civil rights, it will continue to be of significance both within this university and without. Projects like Lift Every Voice 2020 will potentially reshape how we understand Reconstruction by allowing the public to envision it more broadly, both geographically and chronologically. After all, plans for freedom were taking shape in communities of enslaved people long before the Emancipation Proclamation. The archival records in the Rose’s Reconstruction archive reveal Reconstruction to be not just a federal program, but an expansive collection of efforts coming out of African American communities and organizations. Viewed together, these archival items, some small and seemingly quotidian, help us to piece together a larger narrative of all the ways in which Reconstruction took shape, not under the auspices of a government that had broken its promises, but in the minds and hands of people who knew from experience what needed to be done.