I had written my first paper on the ethics of 3-D printing and the future implications if this technology was developed. I recently saw these two articles and thought they were really interesting on how scientific advancements might affect our humanity and morality.

Coming from a middle-class family, where my parents had stable jobs, medical insurance was never a topic of concern. I always went to the doctor for my yearly check-up, whenever I was feeling sick or to the hospital for accidents and emergencies. It was  not until the 2011 presidential debates that I became aware of the lack of equal access to healthcare in the United States. It never crossed my mind that some people would avoid doctors and hospitals due to the lack of insurance.

According to  Brody’s article “Access to Health Care,” I have a high social lottery, but not everyone is fortunate as myself. In the U.S., we do not have socialized medicine, but we believe that everyone has a natural right to health care and thus should have equal access to it. This is why we have free clinics and hospitals which are required to treat all patients without question in emergency situations. Additionally, over the past century, the government has established Medicaid and Medicare, programs for the disabled and the elderly, respectively. Medicaid provides free health insurance to individuals and their dependants who are deemed indigent for which each state has its own criteria. On the other hand, Medicare is provided to everyone over the age of 65 and the benefits are uniform across the country. Both are funded by the federal government, but the government will only allot a certain allowance for every diagnosis and any additional expenses must be absorbed by the patient and ultimately the hospital.

Our current medical care system is flawed and it results in tension between providing the best health care, providing equal care for all, maximizing provider and consumer choice, and cost containment (Brody). One of the biggest problems is cost containment, for it is a vicious cycle. There are approximately 8-11 percent of Americans do not have any form of health insurance. These Americans often have diseases that go undiagnosed or untreated until it becomes a serious medical emergency and are transported to the hospital where they are treated immediately. The cost of this type of treatment is exponentially higher than if that same person had affordable or free access to healthcare and was treated earlier. Furthermore, these patients usually can not cover the costs, and so the hospital absorbs the costs. To account for these losses, hospitals increase the cost of treatment, insurance companies raise premiums, and the government hikes taxes. Ultimately, the taxpayers and the insured end up paying for the uninsured.

There is no simple solution to this problem that pose no downsides, but the government’s goal is to find a compromise of how to provide the best healthcare for all while maximizing provider and consumer choice. There are two popular models of socialized medicine, that of Western Germany and that of Britain.  In the Western German system, individuals under a certain level of income are covered and they may choose to purchase additional coverage in order to have the benefit of a semi-private room versus a ward. This results in over 99 percent of the population being covered while maintaining freedom of selection of physician, whose salaries are not severely diminished in the process. In the British system, the National Health Service covers everyone and they are provided a local physician, who refers patients to specialists where they will be wait-listed for an appointment. This system is completely free, yet if a person so chooses they are able to see physicians on a fee-for-service basis. The British system is better at maintaining lower health-care costs than West Germany and the US, but the disparities in the timeliness of care and the physicians salaries is much worse in Britain than West Germany and the U.S. Personally, I believe that the U.S. should try to model its healthcare system after West Germany. A simple first step, while we continue to debate this, is to place everyone under the Medicare system regardless of age.

This summer I studied abroad in Italy, and in six weeks, I traveled to over 40 cities. We didn’t have a traditional classroom setting for the streets of Rome, the museums of Pisa, the temple of Agrigento (in Sicily), and even the seats of our bus, winding through the Tuscan hills, served as our classroom. 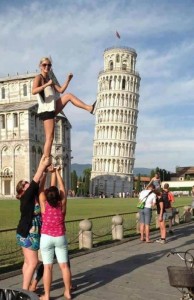 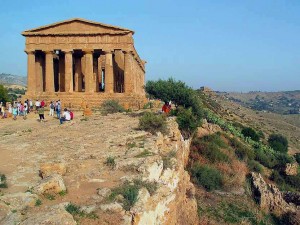 One of the two courses we took was called Medicine and Compassion, and our professors were from the CDC and Emory Medical School. I thought our professor must be “science people” and we would just talk about medicine because what could you teach about compassion other than to have it?

Looking back, I laugh at my former self for my naivety. In this class, we read a few books, several short stories, and many articles that highlight compassion, empathy, communication, and ethical dilemmas. We were constantly asked, “what is compassion?” I began in Rome thinking compassion was feeling bad and being nice to a person who was dealing with a difficult thing and trying to put myself in their shoes. Wait isn’t that empathy thought? I was very confused and continued to be. My definition changed weekly with new insight gained and old preconceived notions lost. By the end of the program, my definition of compassion included the ability to connect at a personal level despite not having been in their situation and being able to communicate with them so that they could understand me and I could understand them.

You may think, “What does compassion have to do with informed consent?” Don’t worry; I’m getting there! Informed consent relies on physicians educating their patients and explaining what is wrong with them, the risk of a procedure, or their prognosis. In the article “Should informed consent be based on rational beliefs?” the author states “physicians duties as educators are more extensive … physicians must be prepared to do more than provided patients with information relevant to making evaluative choices. They must attend to how that information is received, understood, and used”.

I used to, and I am sure many physician still today, believe that you just need to tell the patients the facts. What could be so hard to understand? It is very easy for people to forget that not everyone knows or comprehends their field, and this is particularly true in medicine. Furthermore, physicians and other professionals alike are at the top tier of the education spectrum and there are many patients who did not go to college or even graduate high school. Those patients ability to understand medical terminology and the implications of treatments is much more limited. Thus, it requires the physician to have compassion and educate the patients to obtain true and complete informed consent.

Below is a link to an article in the New York Times called “Can Doctors Be Taught How to Talk to Patients?” I think this article, like my study abroad program, demonstrates the medical communities recognition and refocusing on the doctor-patient relationship and what exactly that should entail. According to the NY Times article “after all, [doctors] admission to medical school was not based on a validated assessment of their ability to relate to other human beings.”

Hollywood has developed an entire segment of their industry to futuristic movies that focus on the advancement of technology in relation to how we live. These movies demonstrate the seeminglessly integration of technology into our daily lives but always raise a critical dilemma of something going wrong. While these movies are almost always set 20 to 50 years in the future, the ending has always made me and I am sure many others contemplate: Could this really happen? How would we develop this technology? Should it even be acceptable? Hollywood films are often superficial and unrealistic, but they may have caught onto an arising moral dilemma. Try watching movies or tv shows like GATTACA, The Island, Captain America, The Tomorrow People, or Arrow and think about the implication if our society was like theirs.

An Author’s Opinion on Genetic Enhancement and Genetic Engineering:

Technology and science are always on the verge of a new discovery all of which have the potential to alter society. In the essay “The Case Against Perfection: What’s Wrong with Designer Children, Bionic Athletes, and Genetic Engineering,” Michael J. Sandel discusses the moral implications of genetic enhancement and engineering and delves further to examine how the human condition plays a part. Sandel goes on to explain how it is acceptable to use gene therapy and drugs to restore age appropriate health, but the moral quandaries develop when the therapies are utilized to achieve above normal health (Holland 94). Society attempts to use “the language of autonomy, fairness, and individual rights” when grappling with issues of genetic enhancement and genetic engineering (Holland 93). However, Sandel believes that such language only touches the surface and the real questions are about “the moral status of nature and about the proper stance of human beings toward the given world” (Holland 94). One of Sandel’s examples is genetic enhancement, which shows how the technology developed to treat a disease can spiral into common use.

Currently at the University of Pennsylvania, researchers have developed a synthetic gene that has shown to repair and strengthen muscles in rat and thus has possible human applications (Holland 94). This research is being done in hopes of curing immobility of the elderly or muscular dystrophy. Like with any research there are alternative and not as altruistic motives for which the research can be used, and so it is easy to imagine that professional athletes would capitalize on this technology. But if there were no ill effects, unlike with steroids, and it was widely available, then logically the genetic enhancement should not be banned (Holland 94). However this leave us with athletes who were already gifted with above normal strength now possessing superhuman strength. Sandel reasons that there is not an unfair advantage because the genetic enhancement just augment an athletes naturally endowed ability (Holland 94). Thus it cannot be said that enhanced genetic differences undermines fairness unless natural genetic differences also undermines fairness.

Let’s consider two different films, both about superheroes: Captain America and Arrow. Both successfully use genetic enhancement  for strength; however, the result and long term implications are drastically different. In Captain America, the scrawny 90-lbs Steve Rogers is pumped full of drugs and put in a machine which permanently transformed him into a brawny 200-lb man of pure-muscle. As the film tells, scientists, part of the secret division of the Army, were seeking to create a “super-soldier” and Rogers was their test subject. Rogers uses his newfound abilities for and intrinsic bravery to risk his life to try and save the day. Rogers is a morally uplifting “good guy.”  On the other hand, in the TV show Arrow, Cyrus Gold is injected with a serum that alters his DNA sequence to result in enhanced strength, durability, and stamina. Gold is evil and seeking revenge, for he is stealing and kidnapping people in order to make a group of super-villains like himself. Gold is a killer and definitely not someone who you want on your bad side. The videos below demonstrate the two ends of the spectrum that Hollywood has on muscle enhancement. It is clear to me that Hollywood, like the rest of the world, is not sure if it is morally sound to enhance humans, for it seems to depend on the intentional, moral, and true nature of the person being enhanced.

So should we only let the “good guys” be enhanced? And what if they become “evil killers”?  Who gets to judge who and what makes a good person versus a bad person?