This week I had the chance to visit the Cimetiere du Pere Lachaise – arguably one of the world’s most famous cemeteries. Immediately upon entering the grounds, I was astonished by the intricate details that lined each of the tombs. From the gently carved Greek mythological figures to the gleaming crosses that could be spotted from miles away, each tomb was decked in masterful art that paid tribute to the life-long work of various well-established individuals. In the US, I have visited Arlington National Cemetery; however, my experience there couldn’t have been more different from my experience at Cimetiere du Pere Lachaise. At Arlington, all of the gravestones, similar in size and decor,  were tributes to those who received the Medal of Honor. Contrastingly, the tombs at Cimetiere du Pere Lachaise were not only more majestic in nature – potentially due to the French’s appreciation for high value artwork – but also there was a greater diversity in the types of individuals honored. Prior to this visit, I had expected most of the tombs to be tributes to French philosophers, priests, physicians, and more. However, I was pleasantly surprised when I stumbled across the tomb of Jehangir Ratanji Dadabhai (JRD) Tata – an industrial entrepreneur of French and Indian descent whose work sparked the genesis of one of the biggest automobile industries “Tata”.

One of the tombs that stood out to me the most was that of Irish poet and novelist, Oscar Wilde. Although famous for his novels, Oscar Wilde was also interested in physiology. He wrote at a time when neuroscience threatened the status quo – that being humans have free will. Wilde, however, went against the grain and was a stout determinist himself. He rejected the notion that all humans were autonomous beings and self-determining. In fact, Wilde’s perception of free will was quite advanced for his time as recent studies have shown that the activity of certain neurons can predict behaviors before they happen. A 2018 study by Passecker et al. demonstrated that there are specialized neurons in the prelimbic cortex of rats that predict the next choice behavior during a gambling task. These findings have interesting implications as it shows the potential inability for living organisms to not have a choice in their actions because they are restricted by the electrophysiology of their neurons.

This trip helped me understand the grandeur of French culture while also exposing me to the diverse cultural perspectives on free will and the brain! 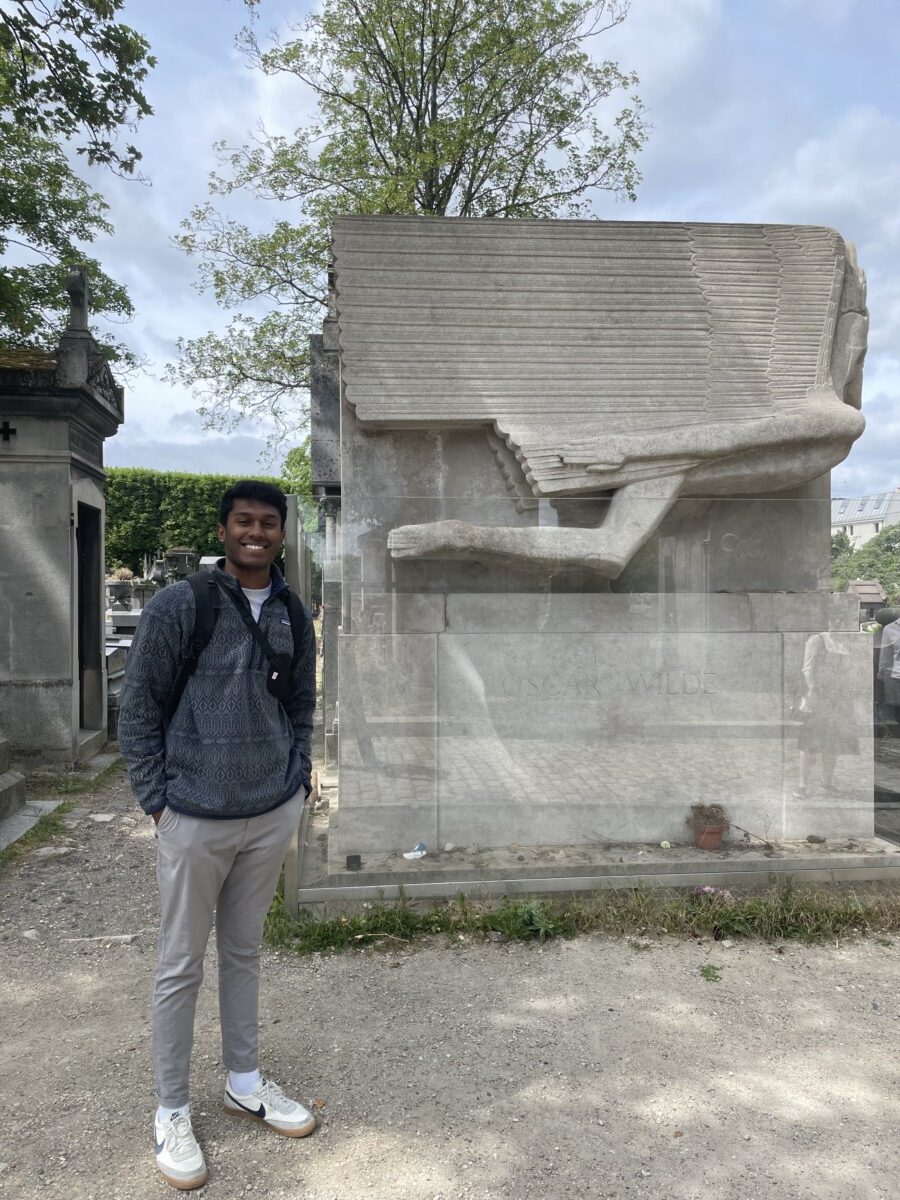