“Twenty years ago the first Feminism and Legal Theory (“FLT”) workshop was held at the University of Wisconsin Law School. Begun initially as a summer program, the FLT Project provided a supportive forum for a variety of scholars from different disciplines who were interested in gender and law. Papers from the early sessions of the FLT workshops became a part of the very first feminist legal theory anthology, At the Boundaries of Law: Feminism and Legal Theory.

In the intervening years a lot has transpired. The FLT Project continues to hold summer sessions, along with workshops and “uncomfortable conversations” each semester. We have moved well beyond, while not totally abandoning, the earlier preoccupation with issues of primary concern to women, such as domestic violence and reproductive freedom. Today, the FLT Project is as invested in its “Corporations and Capitalism” working group as it is in working with scholars who are engaging in path-breaking work on care and dependency.

Of course, when we speak of feminism, it is necessary to clearly state that there are many differences within feminism – difference in approach, emphasis, and objectives – that make sweeping generalizations difficult. Recognizing that there are many divergences in feminist theory, it is nonetheless possible to make
some generalizations. Feminism is not anchored in any one discipline. It presents a theory of gender and challenges the assertions and assumptions of gender-neutrality and objectivity in received disciplinary knowledge. Often credited with inserting the “woman question” into disciplinary dialogue, feminism has broadened and complicated the traditional framework of a variety of disciplines. Because gender is theoretically relevant to almost all human endeavors, it is also relevant to almost all disciplines. END_OF_DOCUMENT_TOKEN_TO_BE_REPLACED

Listening to Francis Bebey’s ‘Forest Nativity’ awakens my senses to the lush, pristine, cryptic rainforest. David Attenborough’s tales of the rainforest’s bizarre tiny denizens color my perception of sound. Now, the song instead warns me of smoke and ashes, greed and impunity. 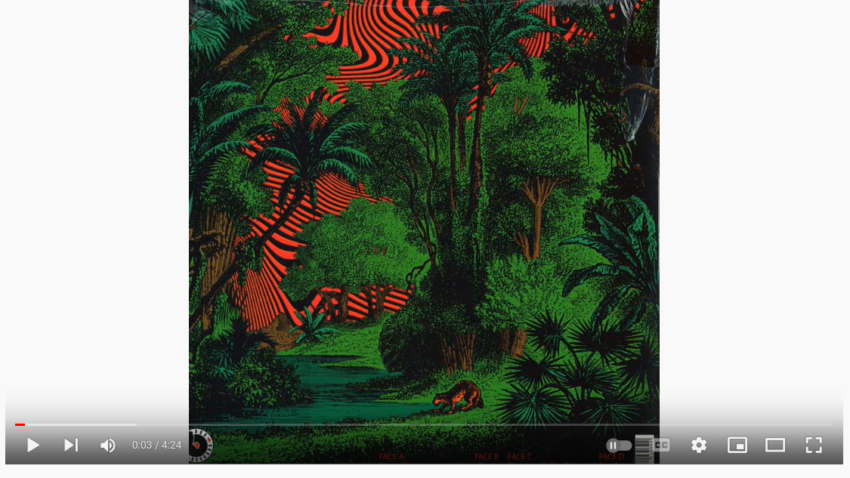 The Amazon is burning. Smoke from the blaze is enveloping nearby cities and can be seen from space. Since the beginning of this year, over 76,000 fires[1] have been documented in Brazil, most of them in the world’s largest rainforest. Amazon Watch notes in a recent report that the “ascension of the extreme right-wing politician Jair Bolsonaro to Brazil’s presidency profoundly exacerbates the country’s environmental and human rights crisis.”[2] Companies operating in the Amazon – linked to illegal deforestation, corruption, slave labor, and other crimes – trading with European and North American partners, are aided and abetted by the Bolsonaro regime, its cabinet members “serving as political operatives for the country’s agribusiness and mining sectors.”[3] The ongoing ecocide in the Amazon is driven by deforestation, often followed by fires to clear areas for agriculture; environmentalists attribute slash-and-burn tactics to cattle ranchers and loggers, emboldened by the state’s pro-business agenda and recklessness on environmental issues.[4] Within one year deforestation caused the loss of an area equivalent to nearly one million football pitches.[5] This environmental catastrophe – destroying rainforest ecosystems, debilitating indigenous communities, and contributing to climate change – seems to be the result of systematic state-corporate crime[6].

END_OF_DOCUMENT_TOKEN_TO_BE_REPLACED

Abstract
“Since there is also no U.S. constitutional guarantee to basic social goods, such as housing, education, or health care, the anti-discrimination, sameness-of-treatment approach to equality prevalent in the United States is particularly problematic. The discourse of human rights that supports claims to such goods in European and other countries does not exist in America. We have not ratified many of the international agreements, including those associated with economic rights, as well as CEDAW and CRC. The courts are little help. In fact, attempts to apply human rights ideals internally—to American practices and laws—have been met with resistance, if not outright rejection. Several Justices of the Supreme Court decried references to human rights principles used to bolster arguments about constitutionality under American precedent to be the application of ―foreign fads when (superior) American constitutional provisions should prevail.

My development of the concept of vulnerability and the idea of a vulnerable subject began as a stealthily disguised human rights discourse, fashioned for an American audience. The concept has evolved from those early articulations, and I now think it has some significant differences as an approach, particularly in that a focus on vulnerability is decidedly focused on exploring the nature of the human part, rather than the rights part, of the human rights trope. Importantly, consideration of vulnerability brings societal institutions, in addition to the state and individual, into the discussion and under scrutiny. Vulnerability is posited as the characteristic that positions us in relation to each other as human beings and also suggests a relationship of responsibility between state and individual. The nature of human vulnerability forms the basis for a claim that the state must be more responsive to that vulnerability and do better at ensuring the ―All-American promise of equality of opportunity. END_OF_DOCUMENT_TOKEN_TO_BE_REPLACED

Abstract:
This is a chapter from What Is Right For Children: The Competing Paradigms of Religion and Human Rights, M.A. Fineman and K. Worthington Eds. (Ashgate 2009). It explores the implications of the fact that schools have become one of the battlegrounds in American culture wars and parental rights are entangled with religious freedom. Children’s independent interest in education and the obligations the state has to children as individuals are overwhelmed in discussions focused on validating parental rights over their children. Religious beliefs are often offered as justification for removing children from secular public schools, allowing parents to place them in private religious academies or home schooling situations. Any policy pertaining to the education of children should require a balancing of interests. As with many other decisions affecting children and families, the rights and responsibilities of parents and the state must be components of any consideration of what is appropriate for children. The problem is that bringing parents and the state into the discussion often diverts attention away from children. This chapter concludes that perhaps the best way to protect a child’s interests regarding education is by mandating universal public education for all children. END_OF_DOCUMENT_TOKEN_TO_BE_REPLACED