This workshop will consider (comparing and contrasting) Vulnerability Theory and Human Rights as ways of thinking about state responsibility.

END_OF_DOCUMENT_TOKEN_TO_BE_REPLACED 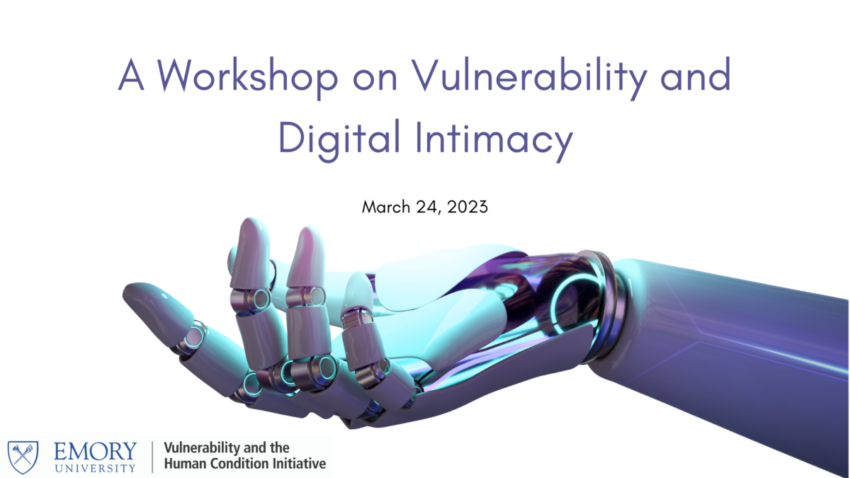 Has human interaction with social robots and other forms of artificial intelligence evolved to the point where such interaction could constitute an “intimate relationship?” If so, how should these interactions be regarded and regulated?  On the other hand, how might this type of interaction ultimately affect the form, nature, and need for intimacy between humans? This workshop will explore how vulnerability theory can be applied to these and other questions arising from digital intimacy, considering how state and social responsibility for the technological future should be defined and incorporated into an ethical framework for the development and use of AI.

Current scholarship on ethical AI often engages with notions of privacy and trust through a consumer protection framework. Considering users of AI systems as mere “consumers” obscures the many social and environmental constraints on consumer choice, including the deep emotional, and sometimes even romantic, attachments that humans may form with AI. Voice assistants such as Siri and Alexa, chatbots, and therapeutic and home robots have increasingly become our companions, caregivers, and confidants. Instead, centering possible emotional connections allows us to view the sharing of information with AI as a potentially intimate or trusting act, rather than a mere conferral of personal data. Manipulation or coercion on the part of a commercialized AI system could be characterized as a form of “intimate deception” rather than merely consumer fraud. This conceptual shift broadens the traditional consideration of harm in human-AI interaction to include the emotional and psychological harm caused by the betrayal of intimate trust.