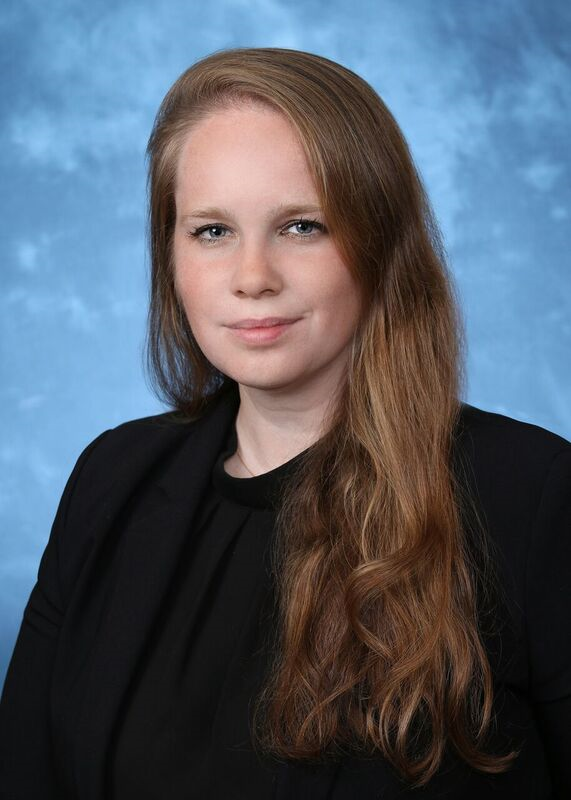 Legal theorists are often criticized for developing legal philosophies without a means for practical application.  But in recent months, I had the opportunity to implement Professor Fineman’s vulnerability theory firsthand in local government.  Let me explain.

Since 2014, I have served as an elected official in Santa Monica as a Commissioner on the Santa Monica Rent Control Board.  Through the course of the pandemic, a significant amount of City employees were laid off due to loss of revenue to our City.  Further, the righteous protests for Black Lives Matter in the aftermath of the murders of George Floyd, Breonna Taylor, and Eric Garner forced us to confront the militarization of law enforcement, and the systemic failures of government to protect Black people from systemic oppression, abuse, and persecution.  These events impelled us to re-examine what we believe is the purpose of local government and what we want our new reimagined government to look like.

END_OF_DOCUMENT_TOKEN_TO_BE_REPLACED 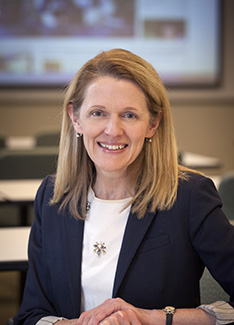 In the television series, Orange is the New Black the topic of incarcerated women brought to light the life of women behind bars. Prior to this popular book and television series, very little attention was given to women in correctional settings. The Hollywood version of female incarceration provided by the popular series, challenged our common stereotypes about women as caretakers, maternal figures, and gave us a glimpse into the reality that women have been impacted by numerous conditions resulting in time behind bars.

END_OF_DOCUMENT_TOKEN_TO_BE_REPLACED 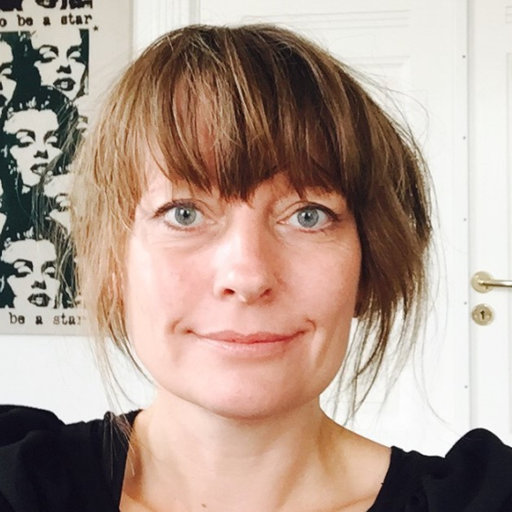 This abstract by Camilla S. Jydebjerg serves as a preview for her upcoming visiting scholar presentation which will take place on August 6, 2021.

In my presentation, I will analyze how the Danish Welfare State responds to unemployment. The purpose of the investigation is to determine if and how this response constitutes possibilities of resilience for people encountering unemployment. Along with most other OECD welfare states the politics of workfare or active labor market policies have become the most pervasive political answer to counter unemployment from the 1990s onward (Caswell 2010).  Workfare means “work-for-your-welfare” and can be characterized by that “participation is compulsory for the claimants, i.e., that there are sanctions attached, that the prime activity is work and that the measure is part of social assistance” (Dahl 2003, p. 274). The move towards workfare has been described as a fundamental change in both the meaning and understanding of social welfare rights and the administration of social welfare, turning the exclusion from work into the center of the relationship between society and people experiencing a need of assistance from the state (Handler 2004).

In my presentation, I will analyze a ruling from the Danish Supreme Court concerning the constitutionality of workfare laws. Drawing on Vulnerability Theory as well as on the insights from The Feminist Judgement Movement, I will show how the inherent politicality of this ruling promotes, produces, and reproduces particular understandings of the relationship between human beings and work, autonomy and vulnerability and the state/the collective and the individual in three ways. The first is the blurring of the dichotomies of work and activation and of force and choice/voluntariness. The second is how the plaintiff comes to be recognized by the legal system. This recognition has to do with what the law can recognize as relevant and what stays hidden to the categories of law. The third is what is considered reasonable to ask of people receiving social assistance and who is doing the asking. I will show how this legal privileging of particular understandings takes part in shaping the world and I will investigate how a rewrite of the court case in the light of Vulnerability Theory would make another outcome possible by a different weighing of the factual information of the cases and a different interpretation of the law.

Finally, I will discuss how another reading of the law would have created other possibilities for law- and world creations in practice.

“Climate change is the most pressing environmental issue of the 21stcentury. The problem has arisen from exploitation of Earth’s carbon-based resources such as oil, coal and natural gas, which produce more than two-thirds of the global greenhouse gas emissions that are fueling climate change. These gases accumulate in the stratosphere and re-radiate heat rising from Earth back to the planet, causing an enhanced greenhouse effect, also known as global warming. This warming is precipitating more frequent extreme and unpredictable weather events, such as typhoons, floods, droughts, heat waves, wild fires, ice melts and rising sea levels. Earth’s climate is changing.

Climate change is bringing new socio-economic vulnerabilities into human lives and livelihoods, which are being felt in agricultural production, human health, access to potable water and threats to habitats of coastal communities, to name a few. In the agricultural arena, for example, unpredictable rainfall patterns are destabilizing planting and harvesting seasons. In human health, the spread of deadly diseases like malaria and dengue fever into new areas is an emerging threat. Floods and droughts are restricting communities’ access to sufficient, reliable potable water. Rising sea levels especially imperil coastal and island communities, threatening to engulf homes and, in cases like Tuvalu’s, entire island states, portending a climate refugee crisis. It is now understood that intensive carbon-based industrialization is unsustainable.

Rajendra Pachauri, chairman of the Intergovernmental Panel on Climate Change (IPCC) during the preparation of its Fifth Assessment Report, notes that while all societies stand to suffer some negative impacts of climate change, “there is an equity issue, because some of the poorest communities in the poorest countries in the world are going to be the worst hit.” Inequality in the fallout from climate change, coupled with inequality in access to resources to adapt to the new normal or mitigate it, raises issues of justice for “the world’s poor and marginalized,” which are captured in a growing civil society platform for climate justice. The 2007 Malé Declaration notes that climate change “has clear and immediate implications for the full enjoyment of human rights, including, inter alia, the right to life, the right to take part in cultural life, the right to use and enjoy property, the right to an adequate standard of living, the right to food, and the right to the highest attainable standard of physical and mental health.”

The international community’s response, as exemplified in the 1992 United Nations Framework Convention on Climate Change (UNFCCC) and its 1997 Kyoto Protocol and the 2015 Paris Agreement, has been primarily market-based. Markets, however, are concerned with profit-generation, not social justice. This paper will discuss human rights implications of the global market-based approaches to climate change. The neoliberal foundations of those approaches are a cause of concern, given the link between neoliberalism and growing global inequality. Neoliberalism calls for free markets and deregulation, opening domestic markets to foreign competition, and privatizing state enterprises to reduce the role of the state. This approach to climate change has negative implications for human rights protections for constituencies that have limited economic resources and yet face the worst impacts of climate change.

This paper examines human rights implications of the market-based approaches to climate change and argues that greater attention to human rights will promote a more equitable climate regime. Section 1 discusses the urgency of the climate problem and the need for the duty bearers to respond to the claims of rights holders. Section 2 traces the development of the climate regime. Section 3 examines the market-based responses and critiques the skewed nature of emissions rights allocations that have left developing countries disadvantaged in the growing carbon market. Section 4 discusses parallels and disparities between the carbon market and the global currency market, underlining the imbalance between developed and developing countries in the established currency market and the burgeoning carbon market. The section also discusses human rights impacts of the market-based approach to climate change. Section 5 concludes the analysis.”

by Ani B. Satz

“Abstract: Despite the passage of the Americans with Disabilities Act of 1990 (ADA), disabled Americans face substantial barriers to entry into the workplace, lack material supports including health care and transportation, and may not receive reasonable accommodation that best supports their functioning. In addition, individuals with impairments have difficulty qualifying as disabled for disability protections. In light of these problems, some commentators suggest that a civil rights or antidiscrimination approach to disability discrimination—an approach for which activists fought for twenty years prior to the enactment of the ADA—may not adequately address disability discrimination. Some critics advocate a return to the social welfare model that ADA activists struggled to avoid, namely, a model focused on material supports for disabled persons.
I argue that reforming disability law requires a blend of the civil rights and social welfare models as informed by a novel lens: vulnerability as universal and constant. The current antidiscrimination approach to disability law reform is limited because it views disability as a narrow identity category and fragments disability protection. Fragmentation, a new concept I develop in this Article, results when susceptibility to disability discrimination is treated as if it arises in discrete environments, such as the workplace and particular places of public accommodation. Viewing vulnerabilities as situational generates a host of problems: it results in a patchwork of protections that do not coalesce to allow meaningful social participation, fails to appreciate the hyper-vulnerability (extreme sensitivity) of disabled individuals to certain environmental changes, artificially restricts the protected class by creating a false perception that some individuals with significant impairments are not disabled because they are able to function in particular circumstances or environments, and disregards the benefits of conceptualizing vulnerability to impairments as affecting disabled and nondisabled persons alike.