The Auburn Avenue Research Library on African American Culture and History is pleased to announce that the Andrew J. Young Papers are now open for research.

Andrew Jackson Young was born in New Orleans on March 12, 1932, to Andrew Jackson Young, Sr., a dentist, and Daisy Fuller Young, a teacher. After graduating from Howard University in 1951 with a degree in biology, Young chose to become a minister. He attended Hartford Theological Seminary and was ordained in the United Church of Christ in 1955. On June 7, 1954, he married Jean Childs of Marion, Alabama, with whom he had four children, Andrea, Lisa, Paula, and Andrew “Bo” Jackson Young, III. 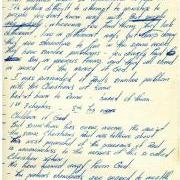 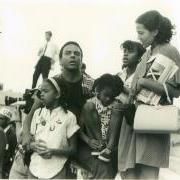 Young served in a variety of roles throughout his career. Starting as a minister in the 1950s, he joined the Southern Christian Leadership Conference (SCLC) in 1961, and eventually became a close assistant to Martin Luther King, Jr. From 1970-1972 he was the Chair of the Atlanta Community Relations Commission, and in 1972 he was elected to Congress. In 1977, President Jimmy Carter appointed him United States Ambassador to the United Nations, a position he held until 1979. Young served as mayor of Atlanta from 1981-1989. After serving his two terms as mayor, Young ran for Governor of Georgia in 1990 but was defeated by Zell Miller. Young was the Co-Chair for the 1996 Atlanta Olympic Games and worked at Law Companies Group, Inc. In 1994, President Bill Clinton appointed him chairman of the Southern Africa Enterprise Development Fund. With Ambassador Carlton A. Masters, Young co-founded GoodWorks International in 1997. 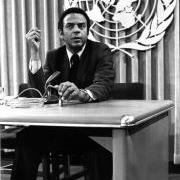 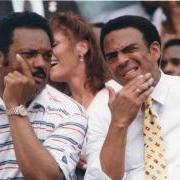 Above:  At the United Nations, late 1970s Above:  Jesse Jackson and Andrew Young, Democratic National Convention, 1988

The Andrew J. Young Papers document his career and family life spanning more than 50 years, including his positions as a minister, civil rights activist, Congressman, Ambassador to the United Nations, Mayor of Atlanta, Co-Chair of the 1996 Atlanta Committee of the Olympic Games, and his involvement with Law Companies Group, Inc. and GoodWorks International. 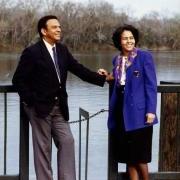 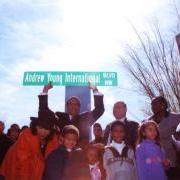