It was around 1862 that both sides of the War Between the States began to realize it was not going to be the short, easy skirmish everyone originally hoped it would be. It was in April of that year that Union spies led by a Kentucky civilian, James Andrews, crossed into Georgia and attempted to sever the Confederate artery of the Western and Atlantic Railroad in what came to be known as “The Great Locomotive Chase.” 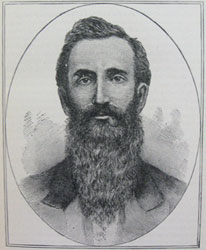 Also known as “Andrews Railroad Raid,” twenty-two men hopped on the train pulled by the locomotive the “General” in Marietta heading north to Chattanooga where the raiding party was to meet up with the Union army. Everything started out in the favor of the Union soldiers. At Big Shanty (now Kennesaw), the train stopped to allow the passengers and crew to eat breakfast. With the “General” unmanned, Andrews and his group unhooked the engine and three box cars from the rest of the train and took off with the intent to cut telegraph wires, burn covered bridges and destroy train ties in their wake. Were it not for the fact that the previous night's rain left the wood too wet to burn, and unusual southbound traffic on the tracks kept them held up at stations, Andrews' crew might have successfully made their way to Chattanooga. 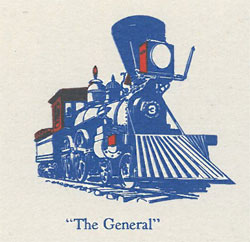 However, W&A conductor William A. Fuller, engineer Jeff Cain, and foreman Anthony Murphy responded swiftly to the train's departure and initially took off after it on foot. They eventually managed to commandeer their own engine, the “Texas,” which ran backwards in hot pursuit of the “General.” Though Andrews tried repeatedly to throw obstacles on the tracks by releasing box cars and tossing out ties, the “Texas” was able to keep up a steady chase, and the “General” wasn't able to make a clean getaway before running out of wood and fuel about nineteen miles south of Chattanooga.

Andrews and his men scattered, but all were eventually captured and tried as spies. Some, including Andrews, were subsequently hanged, with the soldiers receiving the first Medals of Honor from the Union government. One of the surviving men, William Pittenger, wrote a book on the day of the chase and the subsequent trials called Daring and Suffering, which in later editions came to be called The Great Locomotive Chase. MARBL's copy is from the library of Ralph McGill. The story was also made into a Disney movie in 1956. 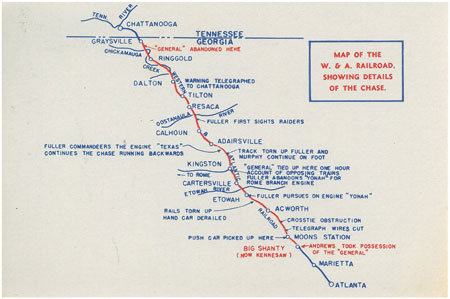 The hundredth anniversary of “The Great Locomotive Chase” was acknowledged in 1962 at a dinner held by the Civil War Round Table of Atlanta which meets regularly to discuss and study the Civil War. Included in the program was a map of the incident, shown here, which highlights the route of the chase from Atlanta to Chattanooga. Our copy of the program can be found in the Bell Irvin Wiley collection. Wiley was a professor of history at Emory University who wrote extensively on the Civil War, and whose papers include a fountain of information from his book research.

Both engines are still on display locally. The “Texas” can be found right in Atlanta at Grant Park, also home to the Cyclorama mural depicting the Battle of Atlanta. The “General” has made its final resting place at the Southern Museum of Civil War and Locomotive History in Kennesaw, Georgia.