While the little town of Atlanta was just on the verge of growing by leaps and bounds, rumblings of an approaching Civil War began to spread throughout Georgia. One of the great schisms of the Methodist Church occurred during the 1840s and directly involved the Emory community; in particular Rev. James Osgood Andrew, a Methodist Bishop, slaveowner, and President of the Emory Board of Trustees. Though the details of how Andrew came to own his slaves are muddled, the fact of their existence in his possession led to a North/South split in the Methodist Episcopal Church. 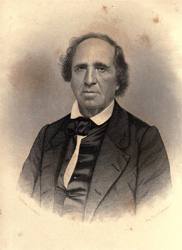 According to most, James Osgood Andrew came to own his slaves through means other than his own purchase. Two of his wives held slaves as their property and brought these slaves with them when they married Andrew. After each of their deaths, the slaves remained his property, even though he was a Bishop. It is also believed that his slave, Kitty, had been bequeathed to him, with the stipulation that at age 19 she would be given her freedom and the opportunity to go to Liberia. When that time came, or so it has been told, Kitty asked that she be able to stay with the Andrews instead. Georgia law prohibited slaves living freely, so Andrew apparently built her a cottage in his back yard and allowed her to live there as a free woman. There is conflict about the validity of this tale, and some believe she was kept on as Andrew’s mistress and was never actually free.

Regardless of how Andrew came to own the slaves, the Methodist Church (especially in the North) strongly disapproved of slavery, and specifically of Bishops keeping slaves as property. At the 1844 General Conference, Andrew attempted to explain how he acquired the slaves, but the northern delegates ended the debate with a demand that he cease his actions as Bishop until he no longer held slaves. The resulting uproar from the South was just another indication of how the country was splitting apart on the issue of slavery. By the end of the Conference, it was decided that the Methodist Church would split, and that the southern portion would henceforth be the Methodist Episcopal Church, South. 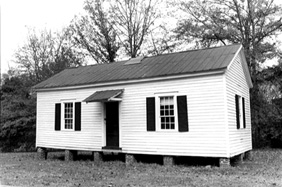 The Methodist Episcopal Church would remain split until 1939, long after the rest of the country had reunited after the Civil War. You can still visit Kitty’s cottage out near the Oxford campus. The story of Kitty and Bishop Andrew is examined in much greater detail in Mark Auslander’s book The Accidental Slaveowner: Revisiting a Myth of Race and Finding an American Family. While discovering Atlanta I’ve found it interesting to consider not only what happened directly within the city limits, but also what was unfolding in the state of Georgia and the country that would have a lasting impact on a town that, at this point, was still just a very small railroad junction and barely had a name.