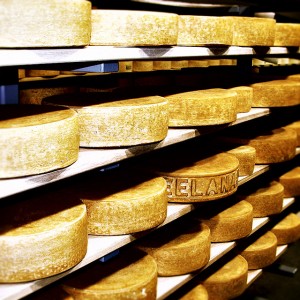 NOT the cheese from the Camembert Collection. (Photo by Andrew McFarlane CC BY-NC 2.0)

“We are happy to choose Emory University as the site for my uncle’s collection,” said cheese heiress Amanda Caer-Philly. “There were many issues to consider and it was a difficult decision, but we feel that we have made the right choice.”

“Even though we will have to construct a specially built cellar underneath the Woodruff Library to host the Camembert collection,” said library spokesperson April Jennings, “it will be worth it when MARBL and the Robert W. Woodruff Library become known as the cheesiest research library in the world.”

Construction on the new cheese cellar for the main university library will begin in June as dynamite and tunnel-drilling equipment are used to excavate space underneath the building. Library facilities staff expect the heaviest seismic activity will take place between six months and 14 years.

MARBL beat out the archives at the University of Roquefort for the honor of hosting the Camembert collection. “Although I applaud Emory for acquiring the collection, I have to admit, I think something smells funny here,” said Roquefort University Librarian Tony Jones, when grilled for his opinion.

For its part, Jennings said that Emory would attempt to be gracious in its success. “Although they weren’t chosen for this honor, other archives have much to be proud of,” she said. “Nevertheless, I’m sure this is making them blue.”

(We hope you enjoyed our 2015 April Fools Day joke! With luck, it will age well.)