Emory Libraries will partner with Atlanta-based BronzeLens Film Festival to host an online screening and conversation for Black History Month in February. 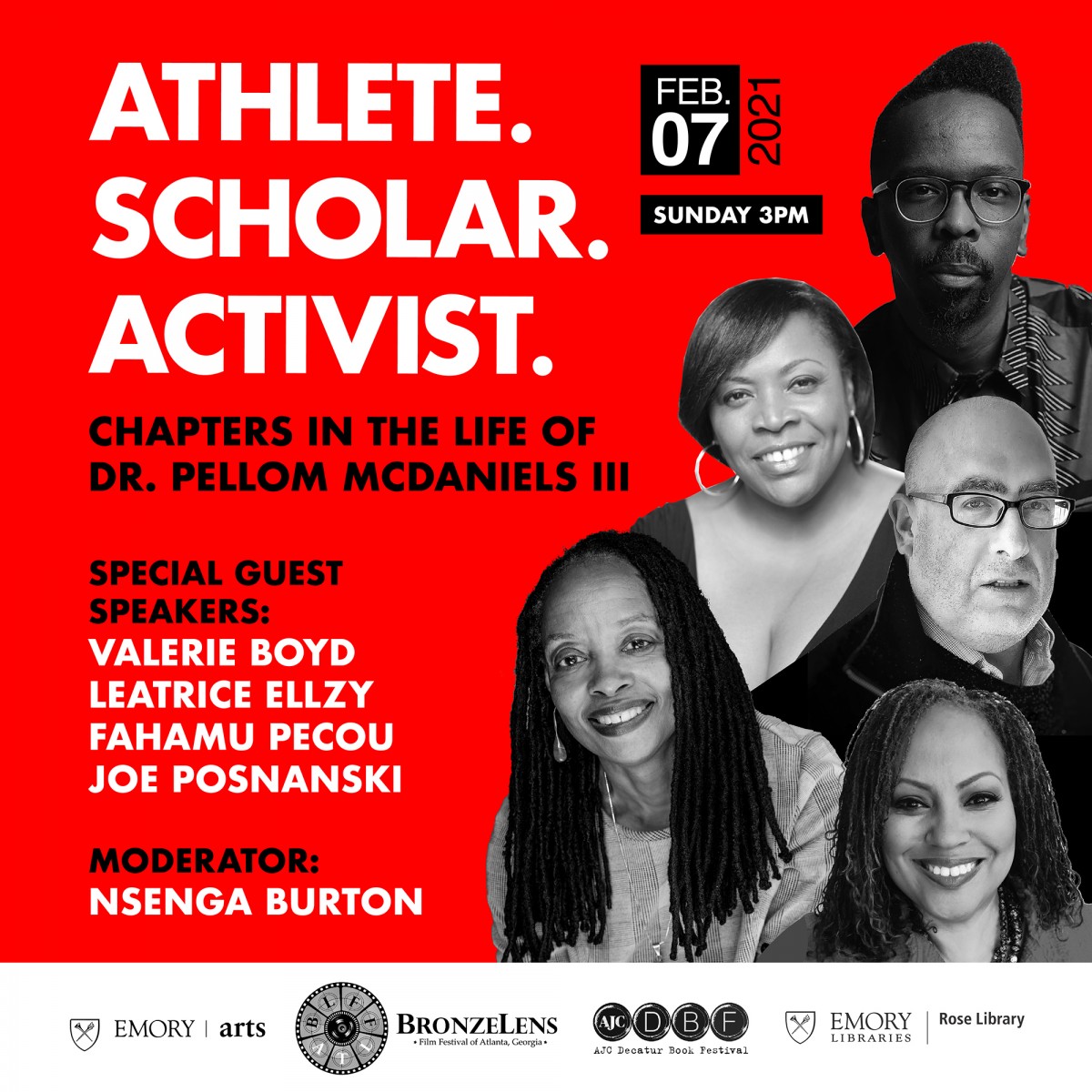 Register here for the event. This virtual event is open to the public at no charge.

The event honors the contributions of Pellom McDaniels III, former Emory professor of African American Studies and curator of African American collections at the Stuart A. Rose Manuscript, Archives, and Rare Book Library, who passed away in April 2020. McDaniels, a former NFL player for the Kansas City Chiefs and Atlanta Falcons who earned his master’s and PhD from Emory University, focused his life’s work on researching, collecting, and sharing the stories of African Americans throughout history.

This event is co-sponsored by the Rose Library, Arts at Emory, and the AJC Decatur Book Festival presented by Emory University.