Amistad staff are pleased to announce that the guide for the John Wesley Dobbs Family papers is available online. John Wesley Dobbs, civil rights activist and patriarch of a prominent family in Atlanta, Georgia, fought for African American suffrage and integration. The father of six daughters, Dobbs insisted his children pursue excellence and stressed the importance of education and first class citizenship. He founded the Georgia Voters League (1935) and headed the Grand Lodge of Prince Hall Freemasons (1932-1961). 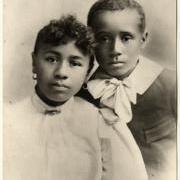 Dobbs, son of William and Minnie M. (nee Hendricks), was born on March 26, 1882, in Kennesaw, Georgia. When Dobbs was two years old; his parents separated and his mother moved to Savannah, Georgia, to find work. For the first nine years of his life, Dobbs and older, sister Willie, lived with their paternal grandparents on a farm in near Marietta, Georgia. In 1891, Minnie sent for her children to live with her in Savannah. There, Dobbs completed grammar school (1897) at West Broad Street School while working various jobs, such as delivering the Savannah Press newspaper and shining shoes at the local barber shop.

At the age of 15, Dobbs moved to Atlanta where he obtained his high school diploma from the Atlanta Baptist College (Morehouse College) in 1901. He enrolled in the freshman class of Morehouse College, but left shortly thereafter to return to Savannah to take care of his ailing mother. Although he never earned his college degree, he maintained “a thirst for knowledge” and independently studied literature, history, and philosophy throughout his life. In 1903, he took the civil service examination and was certified with the railway mail service for the Atlanta to Nashville mail run, a post he held for 32 years. He started as a clerk and was later promoted to Chief Clerk in charge of a crew of white men. 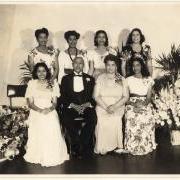 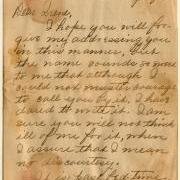 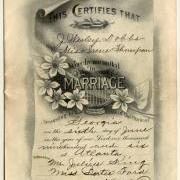 He joined the Prince Hall Freemasons, a fraternal order which attracted the black middle class, in 1911. He served as the Grand Lodge Officer (1914-1924) and Secretary-treasurer of the Masonic Relief Association (1924-1924), which was the financial department of the Grand Lodge. In 1932, he was elected as Grand Master of the State in the United Supreme Council, Thirty-Three Degree, Southern Jurisdiction and re-elected every year for the remainder of his life. 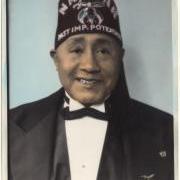 In 1935, he founded the Atlantic Civic and Political League and became first president. The goal of the league was “to awaken Atlanta Negroes to their civic and political consciousness” through the use of the ballot. He was also the founder and president of the Georgia Voters League which registered approximately 175,000 African American voters in 1961. He headed the Georgia State-Wide Registration Committee, co-founded the Atlanta Negro Voters League, and served as vice-chairman of the Georgia State Central Committee of the Republican Party and national vice-president of the National Association for the Advancement of Colored People.