This is the third of a series of blog posts to highlight the Libraries’ efforts to build more inclusive and diverse collections, from reflecting under-represented groups and marginalized populations to acquiring more unique material from smaller publishers, to better representing our communities and their interests.

The acquisition of LGBT materials from Latin America and the Iberian Peninsula for the Emory Libraries is a rewarding, often challenging, sometimes frustrating multi-continental endeavor. Long prior to my arrival in Atlanta in 2008, the Emory Libraries had a strong commitment to a diverse inclusive collection.

International travel plays an important role in obtaining LGBT materials for the Emory Libraries. Before leaving on a foreign buying trip, I always make announcements to faculty and students and seek their input, because they often let me know about specific titles, certain authors or presses that publish LGBT materials they need for their research or they think that should be part of the Emory Libraries’ collections.

Book fairs in Guadalajara, Buenos Aires, Bogota, Santiago, Sao Paulo, Lima, Madrid, or Barcelona provide opportunities to see firsthand what materials are available from a variety of sources — be they major publishers, university presses, governmental agencies, and smaller independent editorials. Work at international book fairs involves many hours visiting dozens of stands reviewing dozens or hundreds of books at each site, making purchases and arranging for the materials to shipped back to Emory.

Some books fair finds in our collection included two dozen LGBT novels from the stand of Editorial Odisea purchased at the Madrid Book Fair in 2013 or Mexican LGBT comics & graphic novels purchased at the Comic Salon at the 2019 Guadalajara International Book Fair.

Another critical aspect of any international buying trip is to spend 1- or 2-days visiting bookstores in the cities where the book fairs are held. I visit LBGT bookstores (especially in Spain), bookstores that will have LBGT materials in Mexico City, Buenos Aires and other cities or just stumbling onto a street fair in front of a Plaza in front of 18th century church in Rio de Janeiro which had a couple of stalls selling some LGBT books. These visits can result in acquiring of some unique purchases such as a six-issue run of Cronicas de divesidad (a LBGT serial) from Peru or small press literary titles from Argentina.

Working with international vendors is another important way to acquire LGBT materials from the Spanish, Portuguese, French and English-speaking countries of Latin America. Emory  has 11 separate vendors who provide materials published in Latin America, the Caribbean, and the Iberian Peninsula.  I set up an individual profile, based on the research interests of our faculty and students, with each vendor.  The vendors then send books based on that profile to Emory — all the profiles include instructions to include books written by gay, lesbian &trans authors or books about LGBT people in the region or a particular nation. We acquire books on LGBT topics from all countries, but especially from the larger nations such as Cuba, Spain, Brazil, Mexico, Colombia, and Argentina where there is more published on LGBT subjects and more Emory faculty & students conduct research on. 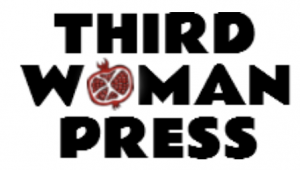 A number of book dealers send me electronic catalogs  or notices about individual titles which I review for books by LGBT authors or about LGBT people that are not directly sent to the Libraries.  Going through title notices and electronic catalogs can be time consuming.

Emory’s Spanish & Portuguese Department makes heavy use of Latin American & Iberian cinema in classes.  The Emory Libraries has a collection of about 3000 different movies on DVD, Blu-Ray and other video formats from Iberia and Latin America.  To locate LGBT cinema, I periodically look for new Latin American films that are available from Amazon, FNAC.es and other websites, as well as when I am on a buying trip.  Requests from Emory faculty and students to purchase LGBT Latin American cinema is another key means to get these movies in the Libraries’ collection. Film festival websites, especially LGBT and Latin American/Latino film festivals, are great to learn about new LGBT releases to watch for.   Physical media remains an important means for the Emory Libraries to get access to foreign cinema.  A number of international films never make it to the streaming video platforms that Emory has access to, such as Kanopy, AVON or Swank, this is especially true for LGBT cinema.

Latinx Studies is a field of study of increasing importance at Emory with the cluster hire of three new faculty members in 2019 and an increased number of courses offered by the Spanish & Portuguese, History and other departments. Latinx Studies provide special challenges for the Emory Libraries because collection responsibilities fall to several people within the libraries: the U.S. History librarian buys materials related to the history of Latinx people in the United States; a great deal of material about immigration and the Latinx population is published outside of the US, most notably in Mexico, and Emory’s Latin American & Caribbean Studies bibliographer acquires these materials; and a great of literature written by US Latinx writers is published in English and the librarian for English is responsible for these acquisitions. Materials published by small independent Latinx presses can be difficult to obtain. 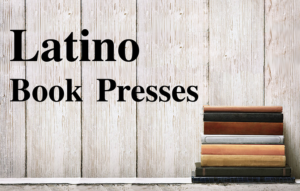 One source we use to identify some of the small presses is the Latino Book Review’s “Database of Latino Book Presses in the U.S.” https://www.latinobookreview.com/database-of-latino-book-presses-in-the-us.html.  Another very useful source for identifying Latinx literature is  “La Bloga” https://labloga.blogspot.com/  which calls itself “the world’s longest-established Chicana Chicano, Latina Latino literary blog.” Finally, Latinx Studies librarians at other university have provided insights into how to collect these materials.