George Philip LeBourdais of Stanford University will deliver the first lecture of the MAP IT | Little Dots, Big Ideas series on Monday, 25 January, at 5.30 PM in the Woodruff Library Jones Room.  He will discuss,  Tracing The Arctic Regions: Mapping Nineteenth-Century Photographs of Greenland

This lecture defines the aesthetics of ice through the work of William Bradford (1823-1892), named in the nineteenth century America’s greatest artist of the Arctic, and explores the geography of the specific copy of The Arctic Regions now at the Whaling Museum in New Bedford, Massachusetts.  With revealing forays into the work Henry David Thoreau, who sought out Bradford’s studio in 1857 and mused on ice extensively, and Herman Melville, whose research for Moby Dick occurred on the Acushnet, a whaling ship owned by Bradford’s family, the presentation will also trace the course of the 1869 expedition that generated the book in the first place. 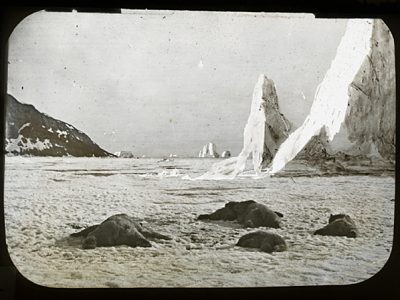 George Philip (GP) LeBourdais is a doctoral candidate in the department of art history at Stanford University. He holds a Bachelor’s degree from Middlebury College and a Master’s from Williams College and the Clark Art Institute. With a focus on the history of photography, he  investigates the first photographic survey of the Greenland Arctic from 1869 and the transmission of that fascinating, challenging geography through photographs, paintings and lectures throughout the United States.

The MAP IT | Little Dots, Big Ideas includes seven workshops for people at Emory. For more information about the workshops and the workshop registration form, see: https://scholarblogs.emory.edu/dmh/workshops/.

MAP IT Workshops (Emory community only)