With the Emory Libraries’ subscription to Docuseek, Academic Video Online (AVON), and Kanopy, members of the Emory community can access hundreds of films that celebrate Native American culture and history.

Don’t know where to start? No worries! Emory Libraries has created a list of recently acquired streaming film titles by Native creators and that tell Native American stories.

Rumble: The Indians Who Rocked the World (2018) 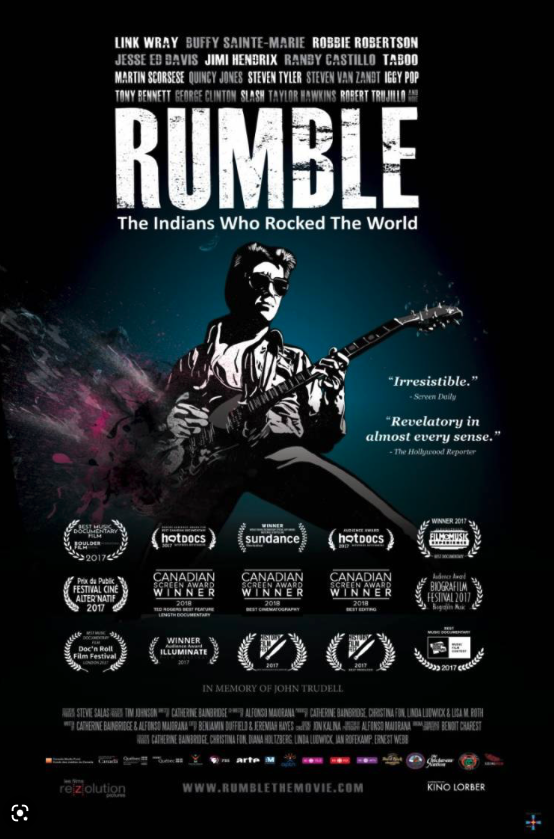 people on popular music in North America. Focusing on music icons like Link Wray, Jimi Hendrix, Buffy Sainte-Marie, Taboo (The Black Eyed Peas), Charley Patton, Mildred Bailey, Jesse Ed Davis, Robbie Robertson, and Randy Castillo, Rumble: The Indians Who Rocked the World shows how these pioneering Native American musicians helped shape the soundtracks of our lives. The idea for RUMBLE came about when guitarist Stevie Salas, an Apache Indian and one of the film’s executive producers, realized that no one outside of the music business knew about the profound contribution of these Native musicians. Renewed attention to this missing chapter in the history of American music led to the publishing of Brian Wright-McLeod’s ‘The Encyclopedia of Native Music,’ an exhibit at the Smithsonian National Museum of the American Indian, and eventually this documentary.” Description from Emory Libraries catalog.

“Real Indian [a film by Emory faculty member Malinda Lowery] is a lighthearted, very personal look at the meaning of cultural identity. As a Lumbee Indian, the filmmaker is constantly confronted with the fact that she doesn’t fit any of society’s stereotypes for Native Americans. Those stereotypes are imposed by both whites and other Indians, alienating the filmmaker from many of the conventional definitions of Native American identity. Real Indian is a unique look into the fascinating and complex world of Lumbee Indian culture and makes the viewer question perceptions of Native Americans, as well as the meaning of our own cultural identity.” Description from distributor, Women Make Movies. 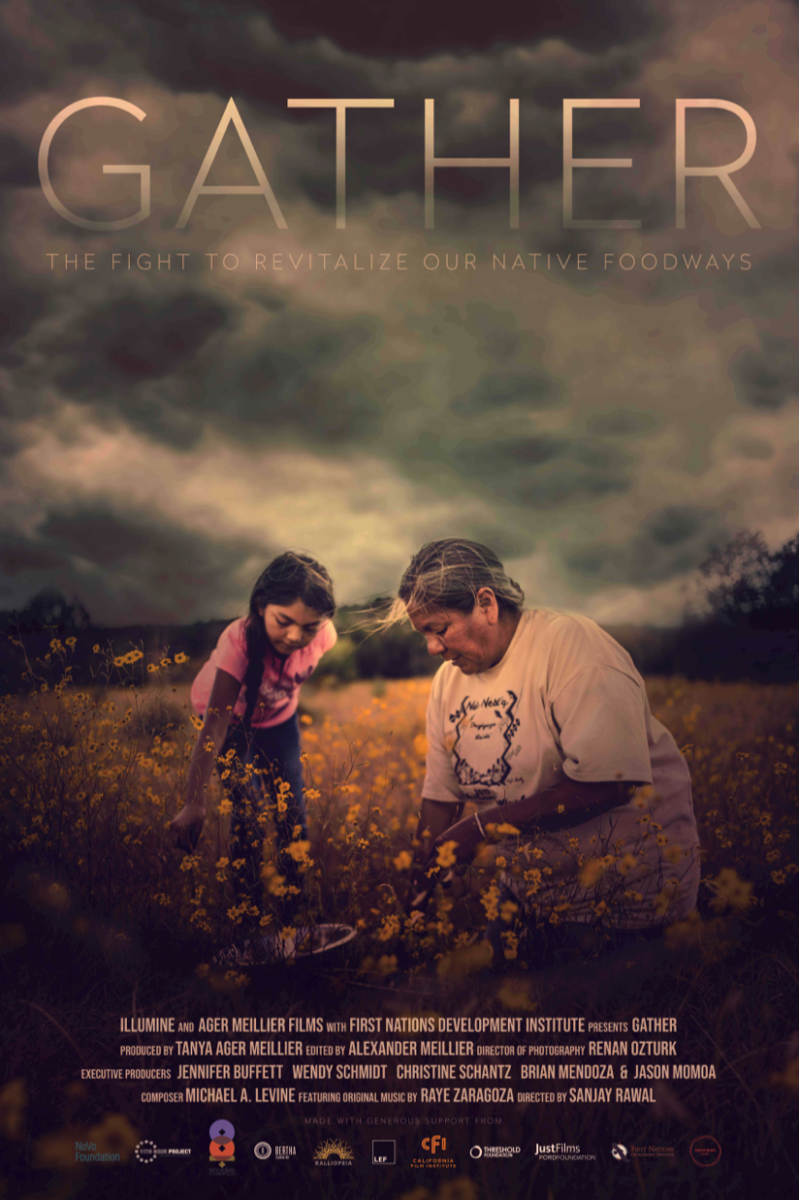 “Gather is an intimate portrait of the growing movement amongst Native Americans to reclaim their spiritual, political and cultural identities through food sovereignty, while battling the trauma of centuries of genocide. Gather follows Nephi Craig, a chef from the White Mountain Apache Nation (Arizona), opening an Indigenous café as a nutritional recovery clinic; Elsie Dubray, a young scientist from the Cheyenne River Sioux Nation (South Dakota), conducting landmark studies on bison; and the Ancestral Guard, a group of environmental activists from the Yurok Nation (Northern California), trying to save the Klamath river.” Description from library catalog.

“When Europeans arrived in North America, they encountered the Native people. Contrary to stereotype, American Indians were not simply ferocious warriors or peaceable lovers of the land. They were, like all people, an amalgam: charismatic and forward thinking, imaginative and courageous, compassionate and resolute, and, at times, arrogant, vengeful, and reckless. Native peoples valiantly resisted expulsion from their lands and fought the extinction of their culture using all avenues available, including military, legal, and political action, diplomacy, and supplication of the spiritual realm. From the Wampanoags of New England in the 1600s who used their alliance with the English to weaken rival tribes, to the bold new leaders of the 1970s who harnessed the momentum of the civil rights movement to forge a pan-Indian identity. Spanning almost four hundred years, these documentaries tell the story of pivotal moments in U.S. history from the Native American perspective, presenting Native history as an integral part of the American story.” Description from library catalog.

“Warrior Women is the story of Madonna Thunder Hawk, an AIM leader who cultivated a kindred group of activists’ children, including her daughter Marcy, into the “We Will Remember” Survival School as a Native alternative to govenment education. Together, Madonna and Marcy fought for Native rights in an environment that made them more comrades than mother-daughter. Today, with Marcy, now a mother herself, both are still at the forefront of Native issues, fighting against the environment devastation of the Dakota-Access Pipeline and for indigenous cultural values. Through their story, the film explores what it means to navigate a movement and motherhood, and how activist legacies pass from generation to generation under a colonizing government that meets Native resistance with violence.” Description from library catalog. 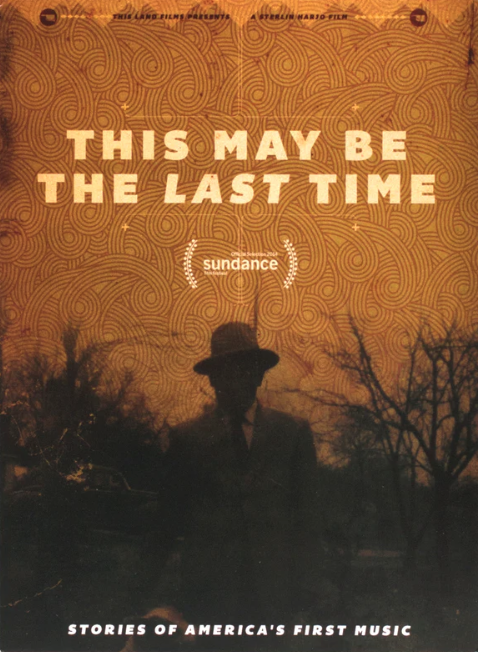 “The film narrates that when in 1962, Pete Harjo, the director’s grandfather, mysteriously went missing after his car crashed on a rural bridge in Sasakwa, Oklahoma, members of his Seminole and Muscogee community searched for him while singing songs of faith and hope that had been passed on for generations, with roots in both Scottish hymn lining and African American music. Harjo interviews family members and locals, as well as academic experts on the subject including the Yale professor Willie Ruff and Rogers State University’s Hugh Foley.” Description from film website.

“Across the USA, Native Americans are struggling to protect their sacred places. Religious freedom, so valued in America, is not guaranteed to those who practice land-based religions. This film discusses the struggles of three Indigenous communities to protect their sacred sites from rock climbers, tourists, strip-mining, development and New Age religious practitioners.” Description from library catalog.

Want to find more titles? Try searching the library’s collection of over 150 DVDs that tell Native stories such as Sterlin Harjo’s Four Sheets to the Wind or Barking Water.

Suggestions? Have you watched a streaming film or DVD in Emory’s collections by a Native storyteller that would like to recommend to the Emory community? Contact Erica Bruchko (berica [at] emory [dot] edu) with your suggestions!