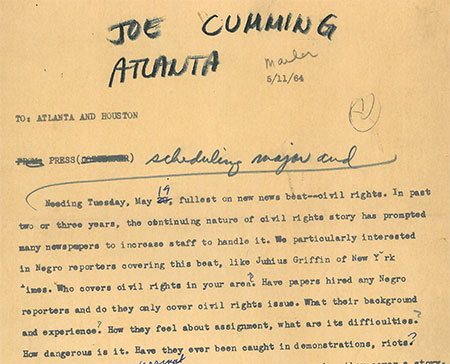 In October 2012, Newsweek announced that it would be ending its print publication and transitioning to an all-digital format by year’s end. The announcement occasioned yet another round of hand-wringing by media watchers, but little real surprise. Once a fixture in American households, the venerable newsweekly had struggled to find its footing in the digital era and had been losing money for the better part of the last decade. Its purchase by audio magnate Sidney Harman for a dollar in 2010 bought the publication additional time, but its subsequent merger with the online Daily Beast failed to reverse its course. Ever the businessman, Harman gave the magazine three years to balance its books, but as it turned out, neither he nor the publication would last that long. His death the following year signaled the beginning of the end, and when his family announced they would no longer support the venture, odds-makers correctly predicted that its days were numbered.

H. Julian Bond talks about civil rights coverage in reporter’s notes which did not make it to the final article, “The Race Beat,” published in July, 1964

An arbiter of public opinion in its heyday, Newsweek ran its last issue on December 31, 2012 before joining the likes of U.S. News and World Report as a casualty of rising costs, declining subscriptions and online competition. As a titan of the publishing world for more than seven decades, Newsweek naturally made its headquarters in New York, but when surveying the southern scene in the 1950s, 1960s and 1970s, its reporters filed their stories from the magazine’s Atlanta bureau, the records of which are kept here at MARBL. 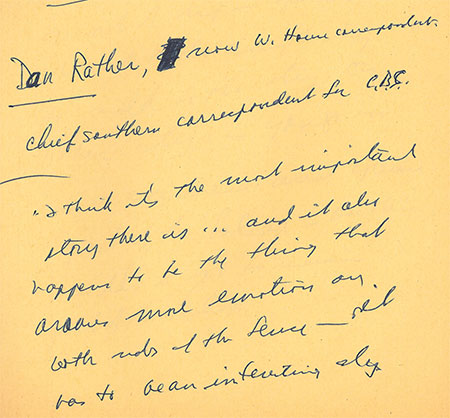 Established in 1953 when the Civil Rights Movement was gathering steam, the bureau reflected Newsweek’s commitment to covering “the race beat” at a time when only the New York Times maintained a southern bureau. To serve as the bureau’s chief, editors tapped veteran newsman and Atlanta resident Bill Emerson who recruited a stable of gifted journalists including Karl Fleming, Joe Cumming and, later, Marshall Frady; the papers of each, save for Fleming, are also held at MARBL. As Gene Roberts and Emory professor Hank Klibanoff explain in their Pulitzer-winning book, The Race Beat, Newsweek’s journalists were among the finest of the “race reporters” then fanning out across the region to cover civil rights stories in the national press.  They did not limit their focus to civil rights, however. From football to Faulkner, the Newsweek collection provides a narration of events large and small during a pivotal period in the South’s history. And with reporter’s hand-written notes, background material, draft copies and correspondence all included, the subject files provide a more richly-detailed record than the published articles themselves.