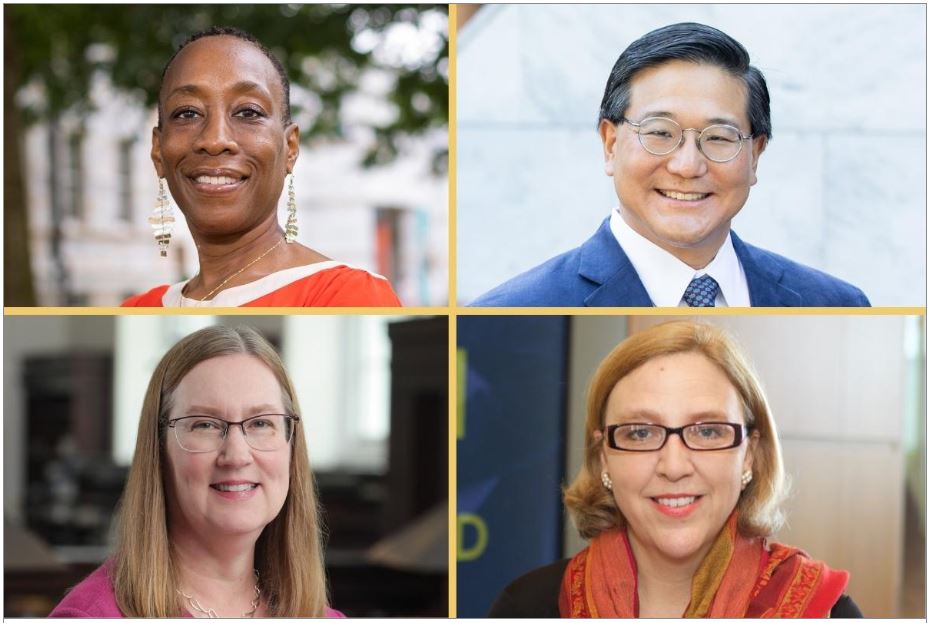 With new leadership on board, Emory Libraries and the Michael C. Carlos Museum have announced organizational changes, effective Oct. 1.

“As I considered our organizational structure, a guiding principle for me has been consistency and stability, as well as positioning Emory Libraries and the Carlos Museum to build on our successes and engage with campus initiatives such as AI.Humanity, Student Flourishing and Emory Arts,” says Valeda F. Dent, vice provost of libraries and museum, who began this new position in July.

A key objective in creating Dent’s position was to advance shared discovery and conservation of the university’s extraordinary collections while continuing to expand access, programming and community engagement. Dent came to Emory from Hunter College of the City University of New York, where she served as acting provost and vice president for academic affairs as well as vice president for student success and learning innovation. Seeing libraries and museums as centers of community empowerment and civic responsibility, Dent has taken decisive steps toward making the Libraries and Carlos Museum leaders in these areas.

Lisa Macklin, who served as interim dean and university librarian from November 2021 to June 2022 and continued in an administrative capacity for a three-month transition from June to September 30, 2022, continues in that role with the title of associate vice provost and university librarian, reporting to Dent. She previously served as the associate dean of Research, Engagement and Scholarly Communications (RESC).

Kim Collins, who served as interim leader of RESC, is now its permanent head. In that role, Collins leads three teams of subject librarians for humanities and international area studies as well as sciences and social sciences. The RESC division offers a portfolio of faculty and student services for teaching, learning and research; collection management; assessment and user experience; and the scholarly communications office. She is also the art history and classics librarian supporting the library needs of the curators at the Carlos Museum and the High Museum of Art.

“Kim is uniquely qualified to lead the RESC division and the expert librarians and information professionals who assess, improve and transform library instruction; the research experience; and scholarly communications, as well as build and maintain distinctive and robust collections,” says Macklin.

Macklin will have broad responsibility for the Libraries, with the following leaders reporting to her with newly aligned titles:

Creating greater capacity for public programming at the Carlos Museum

At the Carlos Museum, the departments of exhibitions and education as well as marketing and communications have been merged to create a new specialty area focused on the creation, promotion and delivery of public programs.

“Combining our public-facing activities into a single unit is an important first step on the road toward refining and sharpening our public program offerings,” says Henry S. Kim, associate vice provost and museum director. “By making this change, I expect to see programs that speak better to one another, that can be marketed to wider audiences and that seek to be even more relevant to the university and the public.”

To lead this newly created unit, Elizabeth Hornor has been appointed associate museum director for public programs. She previously held the position of the Ingram Senior Director of Education and from June to August 2022 served as interim museum director.

“Elizabeth is someone who has demonstrated an immense talent for creating programs and advocating for the role of the museum within the university and in the community. In her expanded portfolio, she will be able to amplify her work and begin identifying areas of program interest that will help shape our future,” says Kim.

Katie Ericson will be promoted to Ingram Director of Education. She has been the senior manager of school and volunteer programs and was recently recognized by the Southeastern Museums Conference as the 2022 Emerging Professional of the Year.

According to Hornor, “Katie is one of the most capable and committed museum educators in the region. We are excited for her to move into this important role as the Carlos looks toward the future.”

A program manager will also be appointed as part of the restructuring, to provide valuable project management skills and add capacity to the unit in the delivery of programs.

Progress — and more to come

“This emerging structure will, over time, help to enhance and stabilize some of our internal work, and eventually allow both the Libraries and Carlos Museum to redirect energies and expertise for greater focus on areas such as community engagement, advancing equality and equity as well as public programming,” Dent says.

Future organizational shifts will focus on a convergence of expertise, ideas, infrastructure and innovation for the Carlos Museum and the Libraries.