The archival staff at the Amistad Research Center is diligently working to increase access to the more than 700 archives and manuscripts collection by entering legacy finding aids, accession records, and biographical and historical sketches into the Center’s collection management database . Many of the Center’s collections came in the 1970s and have been under used or even unknown due to researcher difficulty of accessing paper finding aids or indexes. As we continue to work with these legacy collections, we are re-discovering some of the Center’s most significant collections documenting the life experiences and history of ethnic and racial communities in the United States. The Robert E. Jones Papers are just such a treasure; donated to the Center in 1976 and initially processed at the most basic inventory level early on, the collection has been a little known resource until now. The online finding aid provides expanded full-text searchable descriptions anywhere in the United States and beyond for this and other significant materials about African American and ethnic history and culture. 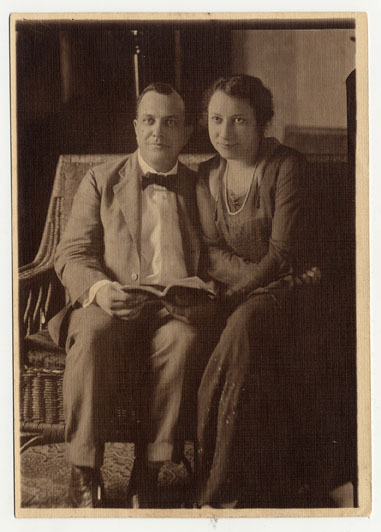 The Robert Elijah Jones papers document the career of Jones, an African American Methodist Episcopalian clergyman, who committed his life to religion, racial equality, education, and community development through his work as the editor of the Southwestern Christian Advocate, a general superintendent of the Methodist Episcopal Church in the South, and the founder of Gulfside Assembly in Waveland, Mississippi. The papers encompass 4.05 linear feet of correspondence, clerical and educational documents, notes, sermons, speeches, writings, receipts, photographs, and collected items.  The main strengths are the contents of the correspondence, collected writings, and sermons. These materials capture his life as an editor and preacher, while communicating his lifelong commitment to civil justice.  The papers do not adequately document his dominant role played in the Dryades Street Branch of the Young Men’s Christian Association (YMCA), his involvement with the Flint-Goodridge Hospital in New Orleans, and his participation with the first Negro Business League.

The papers include 234 items of correspondence, 202 items of incoming and 32 of outgoing, organized topically by family, general correspondence, condolences, “Black Mammy,” employment, Gulfside, Harry Hosier, and Valena C. Jones. The general correspondence is organized chronologically, while the other categories are arranged by subject.  The major subjects include African America education, the Methodist Episcopal Church, Harry Hoosier, and the Gulfside Assembly.  Of particular note is the correspondence related to Jones’ interest in the persona of the “Black Mammy.” Through correspondence, Jones collected stories and questionnaires from various white people about their interactions with and relationships to their African American domestic nurses, commonly known by the archetype term “Black Mammy,” Of note among the respondents was author William Faulkner.  Other notable correspondents in the collection include George Washington Cable, Jonathan Daniels, Rivers Frederick, Edwin Holt Hughes, Grace C. Jones, Valena C. Jones, Willis King, Benjamin Quarles, A. Philip Randolph, Emmet Jay Scott, William Howard Taft, Booker T. Washington, and Harold J. Zeringer.