Though it is best known for working towards equality and the fight for civil rights, the Southern Christian Leadership Conference has also thrown its weight behind a number of other social and human rights causes. Most of this work has been conducted through SCLC’s Department of Direct Action. Direct action is the strategic use of immediately effective acts such as strikes, demonstrations (marches and rallies), and boycotts to achieve a political or social objective, and no one understood it better than Reverend Fred Taylor, a long-time employee of SCLC and Director of Direct Action from 1984 to at least 2005.

Fred Taylor began working for SCLC in 1969 as a staff member in the Department of Chapters and Affiliates.  In 1971 he became Office Manager for the organization, a position he held for two years.  In 1973 he was promoted to Director of Chapters and Affiliates, where he served until becoming Director of Direct Action in 1984. Though his primary focus was always furthering SCLC’s mission, he took an interest in working towards the abolition of the death penalty, serving as a volunteer for Amnesty International and a board member for the National Coalition to Abolish the Death Penalty. Under his leadership, SCLC became an outspoken and passionate voice in the fight against the death penalty.

Taylor and SCLC organized and participated in a number of anti-death penalty events, beginning in the 1980s and continuing through to today (SCLC spoke out against the September 2011 execution of Troy Davis, and had been an advocate on his behalf in the years leading up to his execution). Some of SCLC’s early work against the death penalty includes “Death Penalty Awareness Day.” On June 29, 1987, Joseph Lowery and SCLC, in conjunction with Amnesty International USA, sponsored the event in Atlanta. It focused on the current use of the death penalty in the United States, especially in southern states and included a press conference, workshops, roundtable discussions, and an educational forum open to the public. Additionally, Fred Taylor organized and led a conference on the abolition of the death penalty on April 14, 1989. It hosted members of SCLC, Amnesty International, and the National Coalition against the Death Penalty at the King Center and served as a forum for discussion about anti-death penalty efforts. 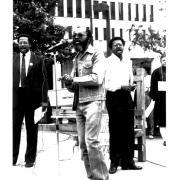 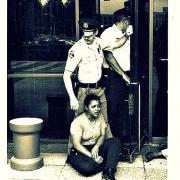 The Department of Direct Action was also heavily involved in the “Lighting the Torch of Conscience” campaign, a year-long effort to mobilize the religious community to work toward the abolition of the death penalty. As part of the campaign, SCLC partnered with Amnesty International, the National Coalition to Abolish the Death Penalty, and the National Interreligious Task Force on Criminal Justice to organize the National Pilgrimage for Abolition of the Death Penalty. The march, which served as the culmination of the efforts exerted during the “Lighting the Torch of Conscience” campaign, took place May 5-19, 1990. Marchers walked from Starke, Florida to Atlanta, stopping along the way to reach out to communities in the South’s “death belt,” where over seventy percent of the nation’s executions were occurring at the time. Fred Taylor lit the ceremonial torch to kick-off the program in 1989, one year prior to the Pilgrimage. 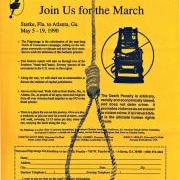 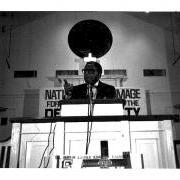 Above left: A flier promoting the National Pilgrimage for Abolition of the Death Penalty, 1990. Above right: SCLC President Joseph Lowery speaks out against capital punishment at a stop during the Pilgrimage, 1990. Click to view full size images.

The fight against the death penalty continued throughout the 1990s and into the 2000s, with Rev. Taylor chairing the Faith in Action Weekend program in 1999. The event, organized by Georgians for Alternatives to the Death Penalty, an anti-capital punishment group for which Taylor also served as an active member and representative of SCLC, served to align the interfaith community in Georgia against the death penalty. The year 2000 saw Martin Luther King III launch a tour of states with high rates of prisoner execution on a campaign against capital punishment, including a stop in Maryland at the request of the Campaign to End the Death Penalty to fight the decision to execute Eugene Colvin-El (the decision was overturned later that year).

NOTE:  The Southern Christian Leadership records currently are closed for processing.  They are expected to open Spring 2012.  Please contact the archivist for more information.  Correspondence, photographs, fliers, and other materials related to Fred Taylor, the Department of Direct Action, and anti-capital punishment campaigns and events will be available in the Department of Direct Action series of the SCLC papers.