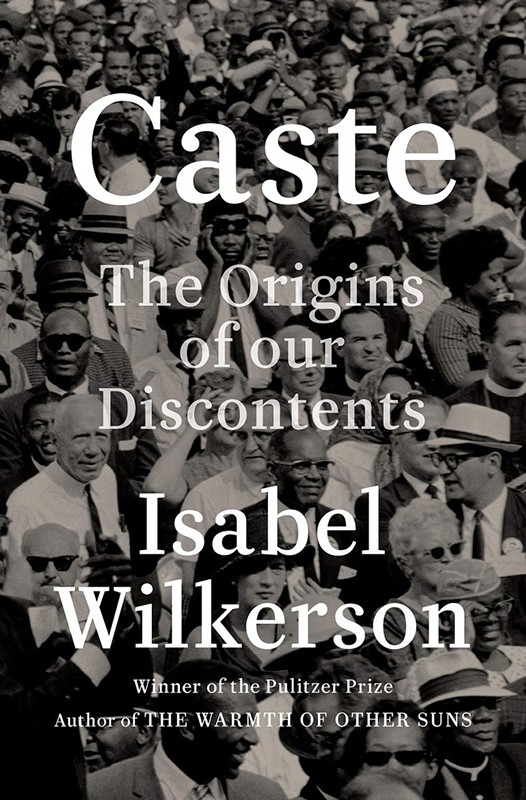 Have you read “Caste: The Origins of Our Discontents” by Isabel Wilkerson? It’s the selected book for One Book, One Read, a national program with a local partnership led by the Atlanta Fulton Public Library Foundation (AFPLF) and the Fulton County Library System, with support from the Emory Libraries.

An Oprah’s Book Club pick and thought-provoking read, the book centers around drawing comparisons between the caste systems of America, India, and the Third Reich of Germany. Wilkerson encourages us to think about race in America as something deeper than race – a deeply embedded power hierarchy that we are all operating within.

One Book, One Read is a program many major cities across the country engage in. The aim is to get all of the people in an area reading, talking about, and engaging with the same book to promote critical conversations, community building, and literacy all while having fun with your neighbors. 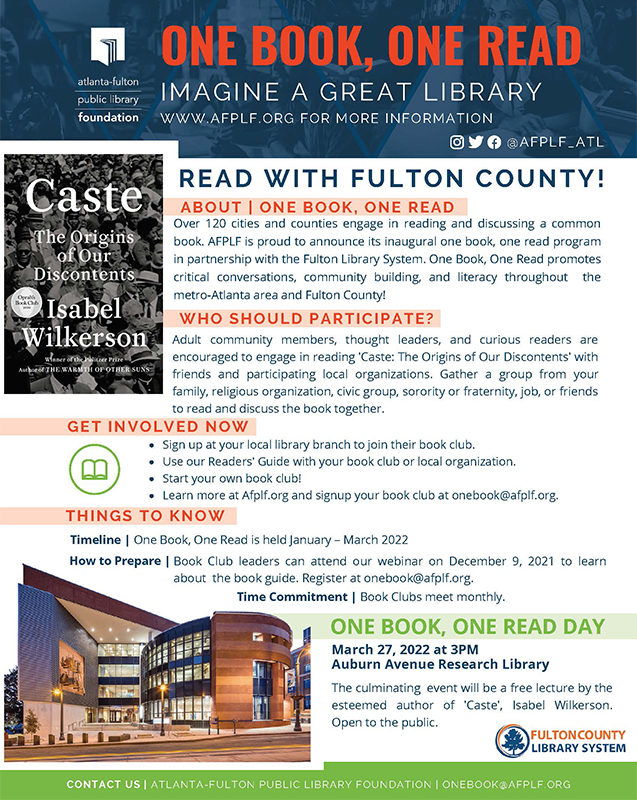 This year’s book is “Caste” by Isabel Wilkerson. The Emory Libraries is generously sponsoring this event. (A Pulitzer-Prize winning journalist, Wilkerson is a former James M. Cox Professor of Journalism at Emory.) Reading occurs from January through March 2022. There are 400 copies of the book in circulation in the Fulton County Library System (and a few copies in e-book and audiobook in the Emory Libraries Overdrive system as well, available to current Emory students, faculty, and staff, who are also eligible for a free Fulton County Public Library card – click here for details).

The event culminates on March 27 with Wilkerson speaking at the Auburn Avenue Research Library to the One Book, One Read community. The event is ticketed, free, and open to the public.

The event sold out within two weeks of posting; however, AFPLF is asking people to please sign up on the waitlist. As the event gets closer, the AFPLF is working to make accommodations for streaming and other ways of participating.

To get involved, you can sign up for a book club at your local library, start your own book club (a book guide is available at afplf.org), read the book, follow AFPLF on Facebook and Instagram, and attend the lecture on March 27.

Learn more at afplf.org and sign up your book club at onebook [at] afplf [dot] org