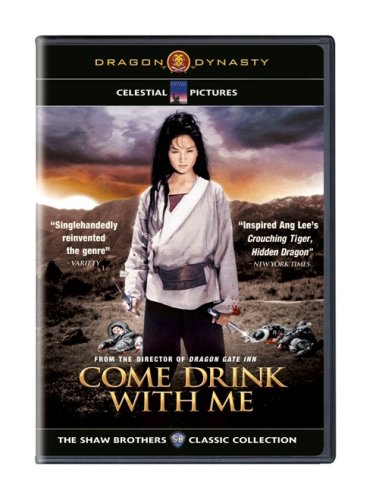 The recent passing Sir Run Run (Renren) Shaw (1907-2014) was noted in major media outlets such as the New York Times, as befits someone who made a major contribution to global film culture during his extraordinarily long life.

Run Run Shaw was born in China to a merchant family, one of six brothers. In 1925, the brothers started the Tianyi Film Company in Shanghai; the company produced a number of important silent and early sound Chinese films. Run Run and his brother Runme then started up the Shaw Brothers distribution company in Singapore, and in 1934 the Tianyi Film Company moved to Hong Kong. Despite setbacks to their business operations throughout the region during the war, they managed to recover.

In 1957, Run Run Shaw assumed control of their Hong Kong facility and renamed it the Shaw Brothers Studio. The studio’s heyday was in the 1960s and 1970s, when they produced a series of martial arts (Wuxia) films that became popular throughout the world, especially among Chinese diaspora communities. Shaw later produced Ridley Scott’s 1982 Blade Runner (DVD 10177), among other English language films.

Wuxia films are usually period martial arts films, based on a chivalric code not unlike Westerns or Japanese samurai films. Thanks to their imaginative, elaborately staged fight sequences, they have developed a cult following throughout the world, including the US. John Carpenter paid homage to them in his 1986 film Big Trouble in Little China (DVD 900), as did Quentin Tarantino in his 2-part epic Kill Bill (DVD 3800 and DVD 3801), released in 2003 and 2004. In fact, Tarantino’s film opens with the distinctive Shaw Brothers logo.

In recent years, Dragon Dynasty, a division of the Weinstein Brothers company, has released many key Shaw Brothers films on DVD in the US, in remastered editions with English subtitles. Some highlights include:

The Music and Media Library also has a large number of Region 3 DVDs (not DVD-LEND) released by Celestial Pictures out of Hong Kong; these have English subtitles as well.

For more on the Shaw Brothers, read: