Pearles and Pitfalls of IVDA

–          Article published by international group and patient’s recruited from 144 hospitals in 21 countries. Data was collected and analyzed between October 2008-August 2012.

–          This article is a follow up to the INTERACT trial from December 2009 published in The Journal of the American Heart Association; article titled Effects of Early Intensive Blood Pressure-Lowering Treatment on the Growth of Hematoma and Perihematomal Edema in Acute Intracerebral Hemorrhage.

What Question did they mean to ask?

–          Population: 2794 participants from 21 countries and 144 hospitals who had spontaneous intracerebral hemorrhage within the previous 6 hours and who had elevated blood pressure (150 < SBP <220). [very large and diverse patient population]

–          Intervention: Patients were randomized to either a) receive intensive treatment to lower their blood pressure (target SBP <140mmHG in 1 hour) or b) guideline recommended treatment (target SBP <180mmHG). Blood pressure was lowered in both groups with agents of physician’s choosing.

–          Outcome: Primary end point was 2 things: death or major disability at 90 days. Major disability was defined as a score of 3-5 on the modified Rankin scale. (The modified Rankin Scale (mRS) is a commonly used scale for measuring the degree of disability or dependence in the daily activities of people who have suffered a stroke or other causes of neurological disability, and it has become the most widely used clinical outcome measure for stroke clinical trials).

–          Researchers used a Prospective, randomized, open treatment, blinded endpoint trial (PROBE). Benefits over Double blinded study include cheaper and more similar to standard clinical practice. The disadvantage of PROBE is that patient and researcher bias can more likely occur because the treatment is not blinded.

–          Patients selected with BP between 150 and 220mmHG and had to be started on one of the two treatments 6 hours after onset of spontaneous intracerebral hemorrhage (defined by when last seen normal). Exclusion criteria included BP>220mmHG, structural cerebral cause of ICH, GCS<5, or if they were candidate for early surgery to evacuate hemorrhage.

–          Intensive group treated with IV and oral agents according to specified treatment protocols based on availability of agents at each location, the goal being to achieve SBP<140mmHG within 1 hour of randomization and maintaining this level for 7 days. Guideline recommended group given agent to lower SBP to < 180mmHG. All participants received oral agent after 7 days or upon discharge (if that occurred after 7 days) to maintain SBP < 140mmHG during follow up visits. Combination treatment of ACE inhibitor and diuretic preferred.

–          Table 1: No difference in baseline characteristics of participants in the groups (Age, Sex, SBP, GCS, NIHSS, PMHx, use of anticoagulation).

–          Ordinal analysis showed a significant favorable shift in the distribution of scores on the modified Rankin scale with intensive blood pressure lowering treatment.

–           In the assessment of the 5 domains of the EQ-5D (European Quality of life 5 dimensions questionnaire), participants in the intensive-treatment group reported fewer problems and had significantly better overall health-related quality of life at 90 days than did those in the standard-therapy group.

My analysis of the paper:

–          Patients were well randomized and no difference between groups in demographics or baseline characteristics (see Table 1).

–          They evaluated patient centered outcomes (death and disability). The first INTERACT study looked at hematoma growth which does not necessarily translate into better or worse outcomes for patients

–          Physicians used whatever anti-hypertensive was available at their location at that time (eg. Nimodipine is known to reduce adverse outcomes associated with arterial vasospasm when administered after subarachnoid hemorrhage. If more of the intensively-treated patients received nimodipine and benefitted from this additional protection independent of its antihypertensive effect, then this imbalance would tend to inflate the apparent benefit of intensive blood pressure lowering).

–          Only 33.4% of the intensive treatment group actually achieved the goal of SBP<140mmHG in the first hour (see Fig 2 in supplemental appendix or page 2361 of article). Who knows if there would have been a difference if more of these patients actually met the goal.

How would this affect my practice?

1. Until ongoing clinical trials of BP intervention for ICH are completed, physicians must manage BP on the basis of the present incomplete efficacy evidence. (Class IIb; Level of Evidence: C).

2. In patients presenting with a systolic BP of 150 to 220 mm Hg, acute lowering of systolic BP to 140 mm Hg is probably safe(Class IIa; Level of Evidence: B). (New recommendation) 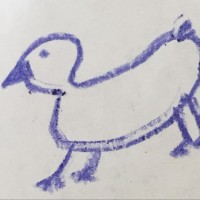