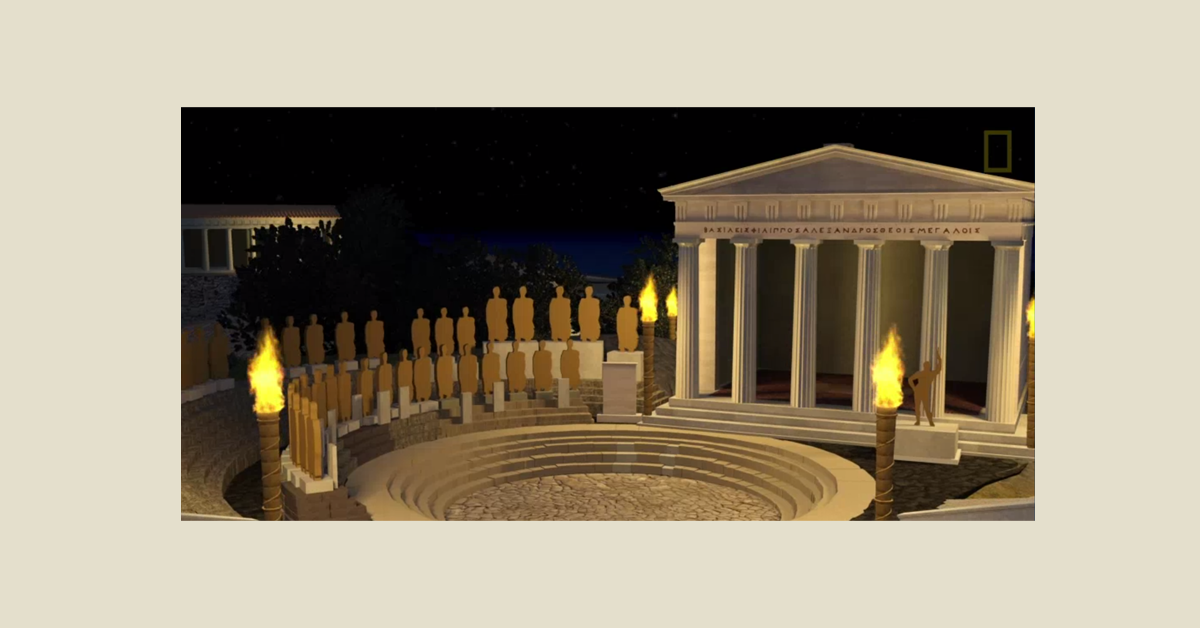 Imagine you’re a pilgrim to the Greek island of Samothrace circa 200 BC, give or take a century: Would you prefer to embark on sandaled foot solo and explore on your own, or to entrust your trek to a robed docent leading visitors through the landmarks?

Both self-guided and expert-led tours have their appeal and, says Arya Basu, visual information specialist with the Emory Center for Digital Scholarship (ECDS), both interactive exploration and animation have distinct strengths for presenting academic research online using the tools of virtual reality (VR).

“These are two modalities of 3D visualization that serve the content in complementary ways,” says Basu, one of several ECDS staff members working on VR projects with Bonna Wescoat, Samuel Candler Dobbs Professor of Art History and director of excavations at the Samothrace site where the celebrated Winged Victory (Nike) statue, now freshly restored in the Louvre Museum, was found in 1863.

“In an ironically wonderful way, we’re returning to the 19th-century modeling approach of evocative reconstruction,” says Wescoat, who has embraced the use of immersive and interactive tools in her teaching and research.

Basu and Wescoat are sharing their experiences with using emerging visualization techniques to present Samothrace-related content online at the Computer Applications and Quantitative Methods in Archaeology (CAA) Conference being held at Georgia State University from March 14-16, 2017. Archaeologists, mathematicians and computer scientists attending the international gathering are invited to an opening-night reception at Emory’s Michael C. Carlos Museum.

The Emory colleagues’ conference paper, titled “On the Dynamics of Interactive Exploration over Animation as Methods of Experiential Simulation in the Sanctuary of the Great Gods on Samothrace,” offers insights into the relative strengths of the two storytelling methods.

For example, the 3D walkthrough model of the Sanctuary at Samothrace, featured by National Geographic, uses animation to simulate the footpath and viewpoint of pilgrims progressing through the Sanctuary during the initiation rites of the island’s mystery cult. Wescoat developed the script to recreate their guided experience for online viewers.

“The animation guides people along ancient, negotiable pathways that match real paths,” she explains, adding that site erosion and degradation would preclude modern-day pilgrims from walking the actual routes on the island.

“We’re willing to reintroduce a certain amount of subjectivity as a way of understanding. This does not ignore the facts and evidence, but we’re willing to frame it in experiential and evocative ways. It draws on phenomena as a valid form of evidence.”

The 3D animations are one of several digital projects underway that are designed to deepen understanding of the terrain and built environment of the Sanctuary. Interactive exploration experiences directed by the viewer include:

“The interactive environment is more nimble — it renders in real time, and we can ask questions and get answers faster than in the fixed environment,” Wescoat notes. It also facilitates the capture and sharing of a large variety and amount of detail. For example, taking gigapixel images at periodic intervals creates a record for site management.

Members of the Samothrace research team, an interdisciplinary group including archaeologists, conservators, geologists, geographers, and architects, as well as undergraduate and graduate students, have long worked with ECDS on its digital public scholarship projects. The samothrace.emory.edu website site is built in WordPress and is housed on an external cloud-based system.

In addition to commitments from Emory University and the Institute of Fine Arts of New York University, the Samothrace team has recently received grants from donors including the National Endowment for the Humanities (NEH), National Geographic, Malcolm Hewitt Wiener Foundation, and Partner University Fund of the French American Cultural Exchange Foundation.