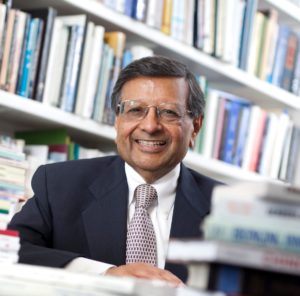 Earlier this week, the Goizueta Business Librarians were thrilled to learn that Professor Jagdish Sheth has been honored with a Padma Bhushan Award! On India’s Republic Day, the Government of India announced the recipients of the highest civilian awards of 2020, including this award which is given annually for distinguished service of the highest order across arts and sciences. This award is a great honor and very well earned by a man who has made a lifetime of incredible contributions both personally and professionally. Congratulations, Professor Sheth!

To learn more about Professor Sheth, take a look GBL’s two-part faculty interview, where he shares more about himself, his time at Emory, and his philanthropic endeavors: