To the people who hate foreign languages and think that they’re useless, boring, stupid, or insert-negative-adjective-here because they were never “good at them” and therefore learned to hate them—I don’t understand you.

To each their own, by all means, but I just don’t understand you.

I was never naturally good at subjects like math or physics, but I didn’t think they were useless. I did think they were boring and difficult, and I did dislike them—but let’s clarify the main difference here being in its usefulness.

English is not the only language spoken in the world, nor is it the only cultural presence. Take it from me, someone who has grown up in a Korean household but never completely acquired the language due to the prevalence of English in my environment. This is actually one of the few regrets I have thus far—neglecting to improve my proficiency in my mother’s language until many years later and not learning much about my family’s culture. Older and wiser, I now jump on any opportunity to better my linguistic and cultural education. 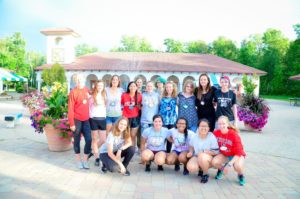 During one of my high school summers, I went to El Lago del Bosque, a Spanish language immersion camp under Concordia Language Villages.

To me, liberal arts education signifies having the freedom to study various disciplines and developing an understanding in those areas which can be intersected with your chosen field of study. A liberal arts education is vital in any field because it offers you a perspective that scopes the world and all of its histories, cultures, societies, peoples, and respective intersections. This includes the study of foreign languages and cultures because translingual and transcultural competence is relevant across the board.

It is impossible to study a field and study just that field. Engineering does not mean you only study engineering; medicine does not mean you only study medicine. In fact, one of the most remarkable aspects about the world is being able to intertwine seemingly unrelated subjects in order to navigate complex issues that arise. Of these issues, the most prevalent mandate an understanding of social and cultural complexities—for example, how would you be able to understand the discrepancies in access to healthcare if you did not first understand the underlying socioeconomic factors? How would you be able to effectively communicate as a professional to non-English speakers without prior knowledge of their language and culture first? How would you be able to conduct research studies about filial piety on a specific community without first understanding their cultural values? It goes without saying that interdisciplinary studies is inevitable in real world circumstances. 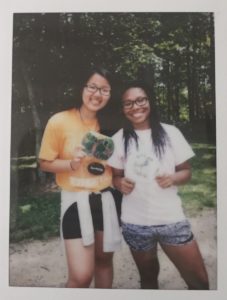 From a less academic standpoint, learning foreign languages and cultures is essential to a liberal arts education because it offers you an intangible depth in your education that is difficult to find elsewhere. This field of study offers you the opportunity to understand a lifestyle, history, and people, while also allowing you to experience aspects of their culture such as regional foods, festivals and holidays, and music. Rather than an impersonal approach like other classes may adopt, foreign language and culture courses lure you into the hearts of the nation and the people with invaluable experiences.