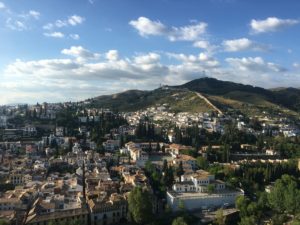 The city of Granada

Studying abroad had a big impact on what I decided I wanted to do after graduating Emory, but not in the way you might expect. Before I went to Spain, I dreamed of living in a Spanish-speaking country and teaching English. However, after spending 6 weeks abroad, I realized that I personally am more interested in making a change through language education back home in the US. I want to help ESL students here that have a more urgent need to learn English, and I also want to advocate for Hispanic culture as a Spanish teacher to Anglo-Americans. I definitely learned a lot about who I am on my trip to Spain, and this realization was a crucial moment in my academic trajectory.

Furthermore, studying abroad is an amazing opportunity to become independent. After my program was over, I decided to stay in Madrid for a few days. I learned that it is very possible to navigate a new country and travel alone, which I now feel comfortable doing in the future. When I arrived in Spain, I didn’t want to take any chances with the metro because I was afraid of getting lost or worse, getting robbed, so I took a taxi from the airport to my hotel, which costed around 50 euros. On my last day, I felt much more capable of figuring things out by myself, so I did the research, dragged my luggage up a few hills, and took a train to the airport, which only costed about 10 euros. It ended up being a lot easier than I had originally imagined, and I felt empowered to be able to save money and get around on my own. 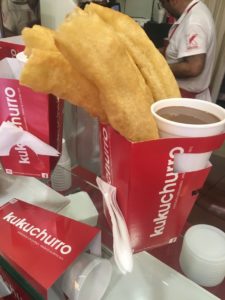 Studying abroad took me out of my comfort zone in ways other than forcing me to become more independent. I took a research methods class in which I had to survey Spanish people in the street, an embarrassing and frustrating task for a timid, 20-year-old girl from the US. Many people refused to participate, and a few took the politically-charged questions I had to ask as an attack on their country. Though not everyone was like this; my research gave me the unique opportunity to learn about Spain’s current situation through a primary source, and it was ultimately a positive experience. I’m even finding that I’m now more outgoing around people that I don’t know. 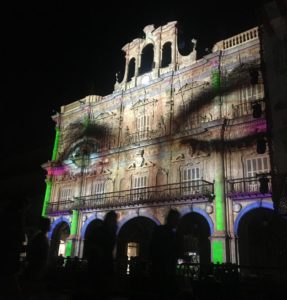 I haven’t forgotten about one super important aspect of studying abroad: learning about another culture. I made it a goal of mine to fit in when I was in Spain, which of course didn’t happen on the first day. I assumed that my skills in Spanish would be sufficient to survive without using English during my trip, but I was faced with an obstacle: I was not familiar with any of the common ingredients or dishes eaten in Spain, so I couldn’t understand restaurant menus. There are so many words to describe ham that I had no idea existed! This resulted in me being given the English menu my first few trips to restaurants. However, during my 7 weeks in Spain, I picked up on these words, as well as more subtle Spanish mannerisms such as how to hold silverware, how to interact with retail workers, and how to dress, and in my last week, no one spoke to me in English.

I could go on and on about all of the incredible experiences I had on my trip to Spain, but my point is that there is so much you can learn while abroad, and a lot of it has nothing to do with where you go.