As a French and Linguistics double major, I have developed robust critical thinking skills that will transfer well into the workforce. I have excellent analytical skills given the emphasis on critical analysis placed in Emory’s undergraduate program. One of the primary foci of my French degree included learning how to dissect the point of view, objectives, and rhetorical devices found in texts. I am using texts in a general sense to refer to genres including literature, film, images, websites, and others. This experience prepares me well to deduce the objectives of outside parties that I find in company correspondence. Based upon my close reading of outside parties’ goals and stipulations, I will be able to provide well-informed recommendations for company action. Additionally, I will be able to produce and guide the creation of company documents that convey objectives effectively. For example, I will shape the company website in order to best highlight points that are important to company goals. The training in critical analysis that I received in my French and Linguistics degrees equips me well to understand and implement company goals through correspondence and publications. 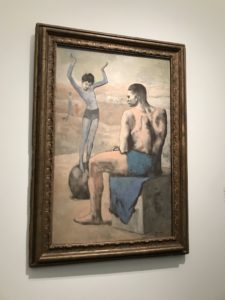 Studying languages requires students to critically analyze texts from a variety of genres, including art.

I have also developed a keen understanding of diverse perspectives through my experience studying and working in France. I realize that the best service caters to each customers’ needs and desires, which is only possible when the company understands its diverse customer base. I learned this lesson while interning at a translation firm in Paris, France. My clients from Italy and France had very different expectations in terms of deadlines, cost, pace of communication, and other factors. In catering to these different client expectations, I learned how grateful clients are when they realize that companies are tailoring service to their needs. In a future career, I will continue to prioritize understanding the diverse perspectives found in my client base.

It’s 8:00am on August 22nd 2019. I’m taking the tram to the RER B train, direction Massy Palaiseau, to meet up with three friends at the station La Croix de Berny. We then take bus 379 and walk for a few minutes until we finally arrive at our destination. 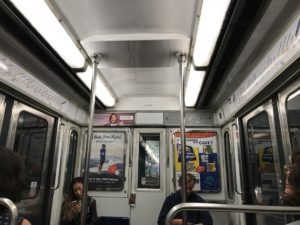 Our destination is a computer systems firm that has a unit concentrated on automatic translation systems. This unit, which is composed primarily of applied linguists, utilizes generative grammar rules to create its translation systems. During my day-long visit to the firm, I listened to a presentation on the system’s theoretical framework, practiced drawing syntactic tree structures in the same manner as the firm, and saw the application of these structures in demonstrated translations. This visit confirmed my interest in pursuing studies in Applied Linguistics and taught me much about natural language processing technology.

This incredible experience would never have happened if I had not studied abroad last fall. While in Paris through Emory’s EDUCO program, I took Linguistics courses at Université de Paris VII Diderot. In my classes, I was delighted to meet students from all over the world who share my passion for the discipline and are doing a myriad of interesting research projects to further knowledge in Linguistics. I became close friends with my classmates Mélissa, Eric, and Chinatsu, who are from Laos, France, and Japan, respectively. Even after my program ended in December, we stayed in touch and kept each other up to date about interesting Linguistics research and classes in which we have been involved. When I returned to Paris in August, they were kind enough to invite me to this incredibly enriching visit to the computer systems firm.

The academic growth that I achieved through study abroad also allowed me to return to Paris in August. In the fall, I conducted a study on methods for assessing spoken proficiency in French as a second language. This research founded the proposal that I submitted for my application to the Halle Center for Global Research and the Fox Center for Humanistic Inquiry’s undergraduate research fellowship. I fortunately received the fellowship and spent August in the city of light collecting data for my honors thesis. As I had used many of Paris’ resources for Linguistics research in the fall, I had no trouble planning which libraries and resource centers I would visit in August. My French proficiency also greatly improved during my semester-long stay, which greatly assisted me in streamlining my research process over the summer.

While my story is rather particular to my academic interests, I believe that study abroad can provide a formative academic experience for students in any major. I know a student studying public health who was able to shadow health professionals in clinics on three different continents while completing the SIT IHP: Health and Community: Globalization, Culture, and Care program. These opportunities allowed her to form a unique, global perspective about healthcare, which served as an asset to her application when she was hired for a competitive consulting position. I know another student studying Economics and International Studies who studied for a semester at Sciences Politiques in Paris. The interdisciplinary knowledge and multilingual repertoire that she honed abroad led her to work for the French headquarters of a UK-based business in the summer after her semester at Sciences Po. These examples demonstrate that the skills students develop while studying abroad can considerably assist them in accomplishing their academic and professional goals.

I am a fourth year Emory undergraduate student double majoring in Linguistics and French. I hope to pursue graduate school in Second Language Acquisition next year, which demonstrates my passion for studying how people learn languages. I have studied French, Spanish, and Italian at Emory, and I have studied Latin and ASL outside of Emory. My French studies led me to Paris last fall, where I took classes at Université de Paris Diderot and lived with a host family. In addition to studying languages, I enjoy hiking and cooking in my free time. 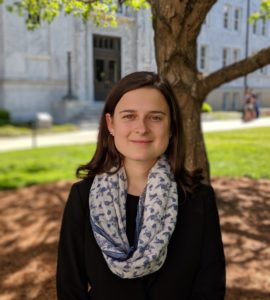 When I commenced my four-year journey at Emory, I was one of the many “undeclared” or “undecided” types of incoming students. I knew that I had greatly enjoyed studying French in high school, and there was something about learning languages that captivated me. My family, on the other hand, seemed to think that studying business might be more practical than studying languages. I did not quite figure out how to enroll in Financial Accounting over the summer, but thankfully I did figure out how to enroll in French 310 and Ling 101. One year later, I officially declared my French Studies and Linguistics double majors.

While it is true that not all students choose to focus their studies on foreign languages and cultures, I have seen the immense benefits that students of all disciplines enjoy when they study these subjects. In a rapidly globalizing context, students need to develop intercultural communication skills as much as they need to memorize organic compounds. In the United States and elsewhere, medical professionals often encounter patients from a multitude of linguistic and cultural backgrounds. Doctors can provide more comprehensive treatment when they share the same linguistic code as their patients, or at least when the have the empathy to recognize that the patient may have difficulties communicating their situation in the doctor’s primary language. Learning foreign languages can also teach students to think through multiple different cultural lenses. Nurses who can recognize the cultural norms that influence the beliefs and behavior of their patients also provide stronger treatment. Studying foreign languages and cultures allows students to improve the way in which they connect with a wide variety of people, which serves as just one advantage of valorizing this study in a liberal arts education.

Although English is the predominant language at Emory, English is not the only language spoken or signed at Emory, and English is certainly not the only language of academia. A liberal arts education ought to encourage, if not require, students to approach learning from a multitude of perspectives. Students ought to question the definitiveness of knowledge presented as fact in class, identify alternative theories, and analyze the merits and issues of all postulated theories. One of the most effective means of finding other perspectives is by studying the scholarship produced in countries outside of the U.S., and outside of the occidental tradition. Learning foreign languages best equips students to comprehend and critically evaluate non-English sources, both in their original and in their translated forms. Even in their translated forms, these sources speak more clearly to those who have studied the culture and history intertwined with the text’s language.

In my experience at Emory, I have taken a total of 26 language, culture, and linguistics courses. These course have allowed me to work in a multilingual workplace, study in another continent, conduct research in another language, and make friends from half way across the world. Beyond these treasured experiences, language learning has transformed my daily actions. Struggling to express my thoughts in a foreign tongue has made me more understanding, especially to English language learners. Learning about other countries’ ecological efforts has shaped the extent to which I recycle, do laundry, and take public transportation. Studying foreign languages has added multiple ways of thinking to my repertoire, which has opened doors for enriching opportunities inside and outside of the classroom. I cannot imagine my liberal arts education without the study of foreign languages and cultures… 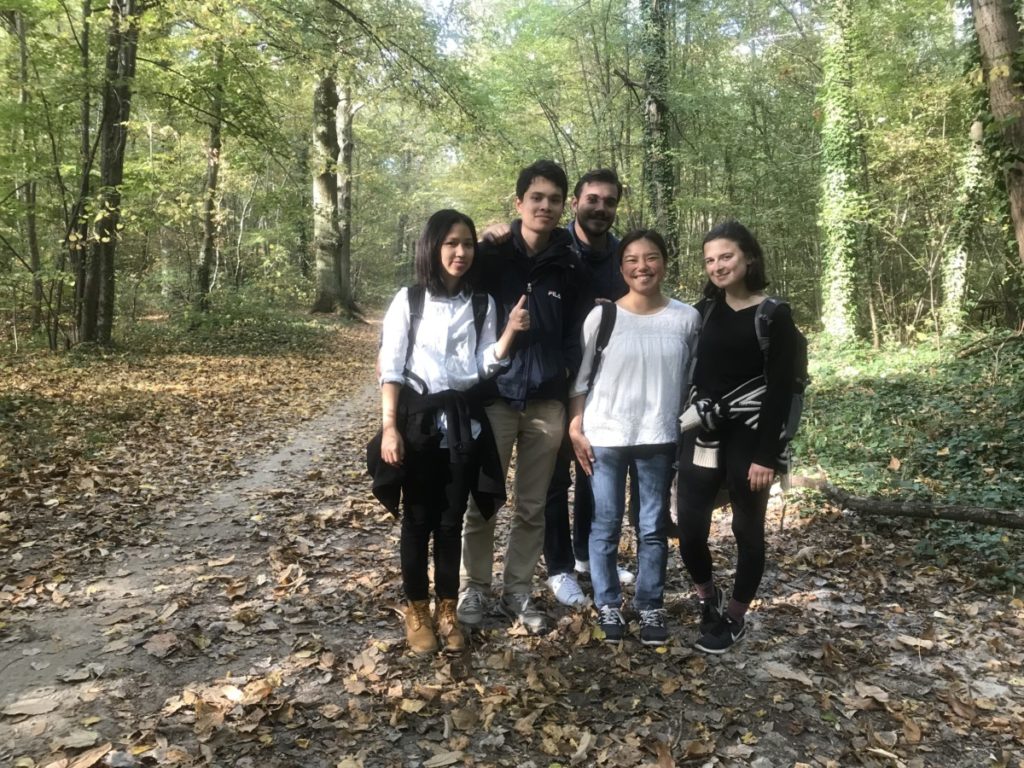 This photo was taken on a hiking trip that I went on with friends from Laos, Japan, and France while studying abroad in Paris.