This is the third in a series of posts highlighting digital collections that celebrate Black history.

As filmmaker Stanley Nelson noted, “from the publication of the first African-American newspaper in 1827, the pioneering men and women of the black press have given voice to stories and events that otherwise would have gone undocumented” (The Black Press: Soldiers without Swords). Find these stories—from Freedom’s Journal to the Chicago Defender— in Emory’s newspaper databases.

Freedom’s Journal also appears alongside later small-town Black newspapers such as the Afro-American Review from Salina Kansas and Afro-Hawai’i News from Waialua, Hawaii in the African American Newspapers database from Readex. 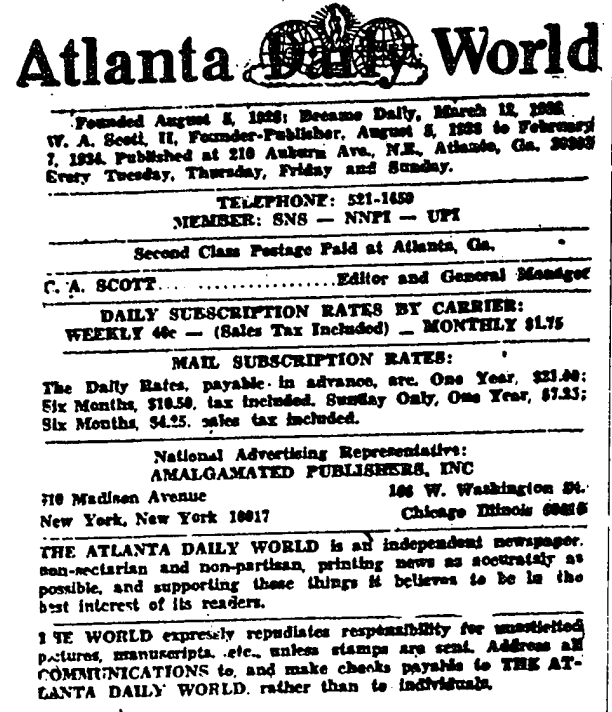 The Baltimore Afro-American, which is one of the nine major newspapers in Proquest’s Black Newspaper Collection, published its first edition in 1892. Other major city papers followed suit including Chicago (1905), New York (1909), and Atlanta (1928). Search the historical backfiles of nine major African American Newspapers.

by Erica Bruchko, African American Studies and US history librarian