Studying abroad is highly recommended for students studying foreign languages and cultures; in fact, depending on their major, some students are required by their department to study abroad. Unfortunately, people often have misconceptions about academic trips to foreign countries. Many parents tend to believe that studying abroad is a student’s excuse for exploring the world. Professors frequently assume that education is not as sophisticated abroad, and therefore foreign classes should not be accepted for credit. The academic value of these trips is frequently downplayed. Even students themselves can have false ideas about studying abroad; it is sometimes assumed that the experience will be about partying, traveling Europe (or another continent), and messing around with friends. While having fun on the trip is certainly possible (and encouraged!), the academic work is rigorous and requires just as much dedication as any other class. Apart from written work, however, there are many chances to have unique cultural encounters that are not possible to obtain when staying in one’s home country. These experiences are invaluable and extremely beneficial to a foreign languages and cultures education. If given the opportunity, any student studying a foreign language/culture should study abroad.

Perhaps the most obvious reason to study abroad is the benefit that complete immersion has to offer. Surrounding oneself with a target language every day (and all day) immediately opens the door to a more genuine and natural form of learning. While total immersion sounds a little intimidating, the effect that it has on increasing one’s verbal and auditory fluency is invaluable. When studying abroad, students often find the first one to two weeks to be frustrating, as the locals there may speak at a different pace or with a different accent than what they are used to hearing in their language classes. The mind adapts extremely quickly, however, and all of a sudden they realize that they are able to understand most of what is being said to them; their ability to comprehend others as well as their ability to respond increases exponentially. The personal conversations and interactions that they take part in abroad will be more realistic than the conversations they have purely in an academic setting; while this helps tremendously with learning the language itself, it also gives students exposure to real life situations that are useful when learning how to apply foreign language in the context of a professional setting.

The cultural exposure that one has when studying abroad is incomparable to anything that is taught in the classroom.  Of course, students studying a foreign language learn a lot about the culture of the countries in which their target language is spoken, but learning a culture and living it are two very different things. Much of the day to day quirks and slang that exist abroad are not addressed in a classroom setting; adapting local phrases and gestures into one’s vocabulary makes conversing more sincere and relatable. Language and culture go hand in hand; the more cultural knowledge one acquires, the better able they are to understand why certain words came about and the meaning behind certain phrases and dialogues. In this sort of setting, open-mindedness is valued and students often return feeling less culturally biased and more understanding.

Overall, studying abroad plays an important role in the academic trajectory of a foreign languages and cultures student because it prepares them in both an educational and applicational manner; it challenges them to dig deeper than they would in a normal university class and truly become a part of the culture that they are studying. Their newfound knowledge will be taken with them not only back to their university, but into their eventual workplaces as well (wherever in the world that workplace may be). 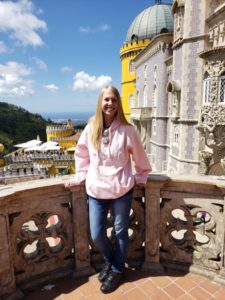