Most man-made lakes are used as a water source and as a source of hydroelectricity.  However, a lot of these reservoirs contain life and sustain a variety of species that are important for the areas in which these lakes are located on.  Lakes such as Lake Burton and Lake Lanier, both located in northern Georgia, have had impacts onto human populations as well as its surrounding environment.

Lake Burton, located 21.67km (13.47mi) northeast of Helen, Georgia, is the first lake in the six-lake series of the Tallulah River Watershed.  The order of this chain begins with Lake Burton and is followed by Lake Seed, Lake Rabun, Lake Tallulah Falls, Lake Tugalo, and Lake Yonah.  These lakes generate hydroelectric energy for the city of Atlanta. With that being said, Lake Burton is a man-made lake, which was built in a deep valley and closed with a dam on December of 1919, occupying part of the Tallulah River. 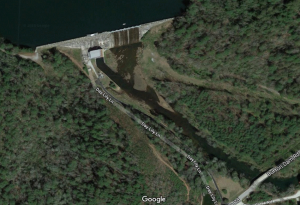 The name of the lake is derived from the town of Burton, which was established as a result of the Georgia Gold Rush.  The town now lies under the surface of the lake, but it was located on the confluence of Dicks Creek and the Tallulah River, where gold was first discovered in Georgia.  At the lake, one can find Moccasin Creek State Park, Billy Goat Island, and several camping sites along it’s shores. The lake is also home to several species of fish, such as the rainbow trout, brown trout, yellow perch, walleye, white catfish, redear sunfish, bluegill, blackcrappie, white bass, largemouth bass, and spotted bass. 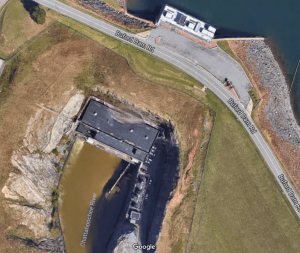 Another man-made lake in Georgia is the infamous Lake Lanier.  This lake is located southwest of Lake Burton and it is located in a part of the Chattahoochee River (also fed by the Chestatee River) and it was completed by the construction of the Buford Dam in 1956.  It was named after Sidney Lanier, an American poet.  This lake covers Lumpkin, Gwinnett, Dawson, Forsyth, and Hall counties and it controls downstream flow from the Chattahoochee River, protecting waterflow from going into the city of Atlanta. This lake is not only a famous tourist site and water park destination, but it is a reservoir that had the intended use for hydroelectricity and flood control. However, the states of Georgia, Alabama, and Florida share the water from the Chattahoochee, and by having the Buford Dam holding up all of that water, they are constantly in battle for that water source.