Balancing Act: The Land that Man Once Fought For

Chickamauga National Park is parcel of land in North Georgia with deep historical significance for its role in the Civil War and as one of the final strongholds of the confederacy. For this reason, this land is protected and much of its land kept in battlefield arrangement and clearance to honor this historical narrative. However, given that this much land exists protected and partially encased in wilderness, what steps are being taken to ensure ecological health in this region? This paper attempts to analyze the human considerations regarding land clearance and monuments in the context of environmental considerations. This will include other battlefield examples, an analysis of species in the area, and whether or not anything is being done at this time in Chickamauga to promote ecological well-being.

Interactive wetland: : the story of chattanooga riverfront And urban revitalization

Chattanooga is a city reinvented. Its riverfront is a driving force of change behind the city’s makeover from urban decay to vitality and  from pollution to sustainability. The urban wetland showcases its ability to bring together land and water, human and nature, public sectors and private sectors, environmental restoration along with economic, cultural, and political revitalization. It is a story worth telling and emulating. How does the landscape of Chattanooga riverfront perform in restoration and construction? What is so special about urban wetlands? What can be gained and what are at stake? This paper will examine restored and constructed wetlands, investigate Chattanooga riverfront and similar landscape projects, and evaluate the costs and benefits of the revitalizing urban wetlands.

Moccasin Bend: A Study of Human Modification to the Landscape Over a 12,000 Year PERIOD

Moccasin Bend has been home to humans for 12,000 years, undergoing many different phases throughout its rich history. From nomadic Native Americans to the Union Army to current commercial ventures, each has changed the land to suit their own needs. This paper seeks to review the geomorphic and land use changes Moccasin Bend has experienced at each residents hand to determine how these changes have created the current landscape. Examining the human geography of the region will shed greater light on how the land has reacted to these forces and why the current indoctrination of Moccasin Bend as a national park is an archaeological and geomorphic accomplishment.

During the second day of our field trip, our team visited the Raccoon Mountain Pumped-Storage Plant, one of the most unique hydraulic facilities that has been constructed by the Tennessee Valley Authority (TVA). As you can see from the following air picture, it is located at the top of the Raccoon Mountain overlooking the Tennessee River. Such a huge project has altered the local geomorphology profoundly and permanently. For example, on the top right of the reservoir, there are two rectangles that are the electric station transmitting hydroelectric power to many people’s home. In this essay, I will illustrate the development of the Raccoon Mountain Pump-Storage Plant and its impact on the geomorphology and environment as a whole. 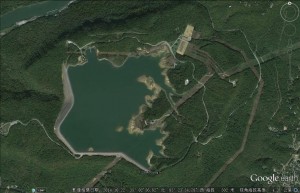 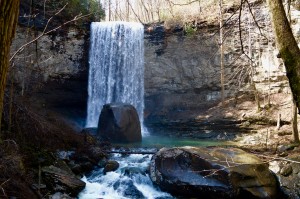 Cloudland Canyon State Park, one of the largest and most scenic parks in Georgia, highlights many of the state’s natural vistas. Georgia’s rich geology provides resources such as marble, granite, and kaolin that amount to a large proportion of Georgia’s wealth, and its exterior geologic marvels are a major tourist attraction for thousands each year. The outcroppings along Cloudland Canyon and the surrounding valley region offers the opportunity to witness the folded and faulted sedimentary layers, and all of the fossilized treasures contained inside them.

However, it was larger historical context that allows today’s successful park to 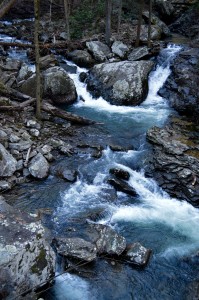 thrive. Previously known as Sitton Gulch or Trenton Gulf, the park was purchased in stages in 1938 as a component of Franklin D. Roosevelt’s Civilian Conservation Corps during the Great Depression. This guide will offer readers insight into the geologic, historical, and cultural contexts of the Cloudland Canyon landscape and provide commentary on how modern recreational features affect the surrounding ecosystems.